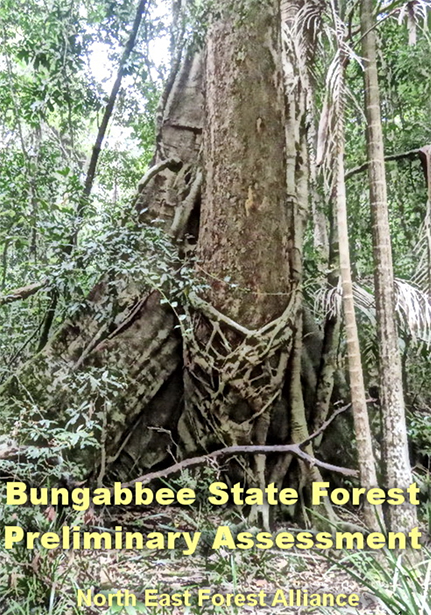 When the Forestry Corporation identified they intended to start logging Bungabbee State Forest near Lismore in north east NSW in November, NEFA decided to organise a group of flora and fauna experts to undertake a brief survey with the primary aims of identify localities of threatened species and priority habitat areas for protection.. Our brief visit revealed the additional presence of the Vulnerable Long-nosed Potoroo and Marbled Frogmouth, as well as the Critically Endangered Native Guava.  We identified records for 173 threatened plants.

The finding of a large unknown outlying population of the regionally endemic Marbled Frogmouth is exciting. This is one of only a handful of species that the Forestry Corporation is still required to look for ahead of logging and protect additional habitat for, in this case wider stream buffers. Though as their model did not predict its occurrence in Bungabbee, they didn't have to look there. Luckily we did.

It was particularly disturbing to find significant populations of the Critically Endangered Scrub Turpentine and Native Guava. The very survival of these species is in doubt because of the introduced fungus Myrtle Rust. There is something fundamentally wrong when we allow logging amongst species teetering on the brink of extinction, with low prospects of regeneration, rather than doing all we can to save them.

Our results clearly demonstrate the need for pre-logging assessments to identify those parts of forests most in need of permanent protection, rather than allowing the Forestry Corporation to pick those areas with the lowest timber values. Most importantly they prove that Bungabee State Forest is of exceptional importance and should be added to the reserve system.

You can read the full audit report by clicking on this link. 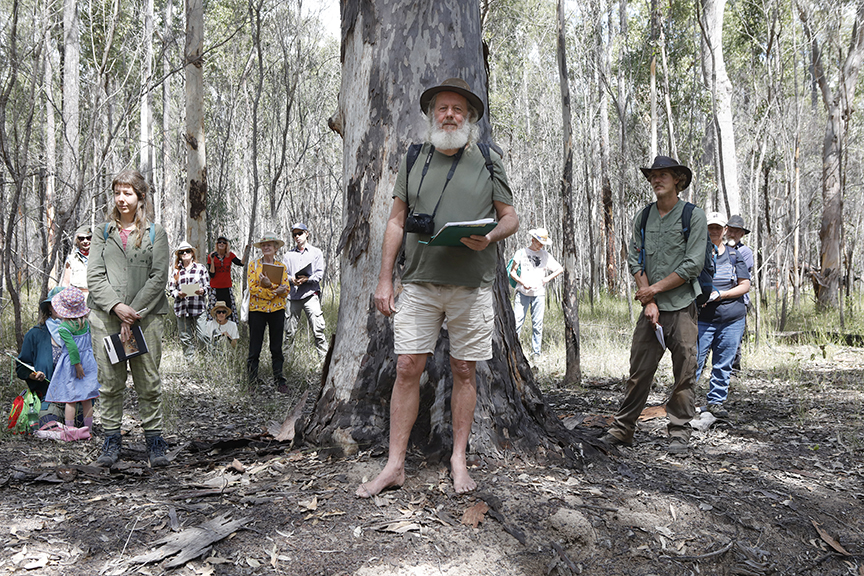 On 15 September NEFA undertook a supplementary survey to better assess the extent of an important Koala fire refugia previously identified in an area of Myrtle State Forest proposed for imminent logging. The area was burnt in the 2019 fires, killing most Koalas, though some survived.

Citizen scientists identified a further 564 Koala scats under 21 trees, with distinctive Koala scratches on an additional tree. Increasing the identified area where Koalas survived the devastating fires to 14 ha, and making it obvious that this refugia is more extensive.

This survey reinforces the need for a comprehensive survey with scat detection dogs to identify the full extent of this and other Koala refuges in the forest before logging commences.

The Banyabba Koala population has been decimated by the Busbys Flat and Myall Creek fires. All remaining areas of Koala occupancy must be protected, along with suitable habitat to allow them to expand back into as they recover from the fires and can repopulate previously occupied habitat.

NEFA undertook a brief and quick survey on 3 September over some 7 hectares of burnt forest in Myrtle State Forest, adjacent to where we had previously identified 2 trees with Koala scats. This identified 1,118 Koala scats under an additional 18 trees, with 517 scats under one tree, in an area where the Forestry Corporation have never identified Koalas.

This constitutes part of an important Koala refugia where Koalas have survived the fires.

Logging is imminent. These findings demonstrate the need for a comprehensive survey to identify all remaining Koala refugia for protection before logging starts. 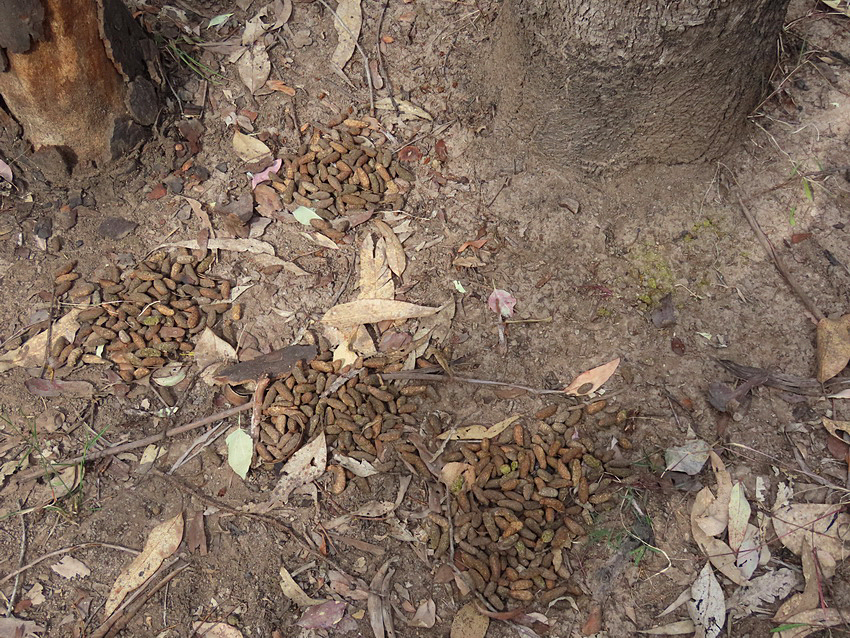 517 Koala scats were counted under a Grey Box, displaying frequent use of this single tree. 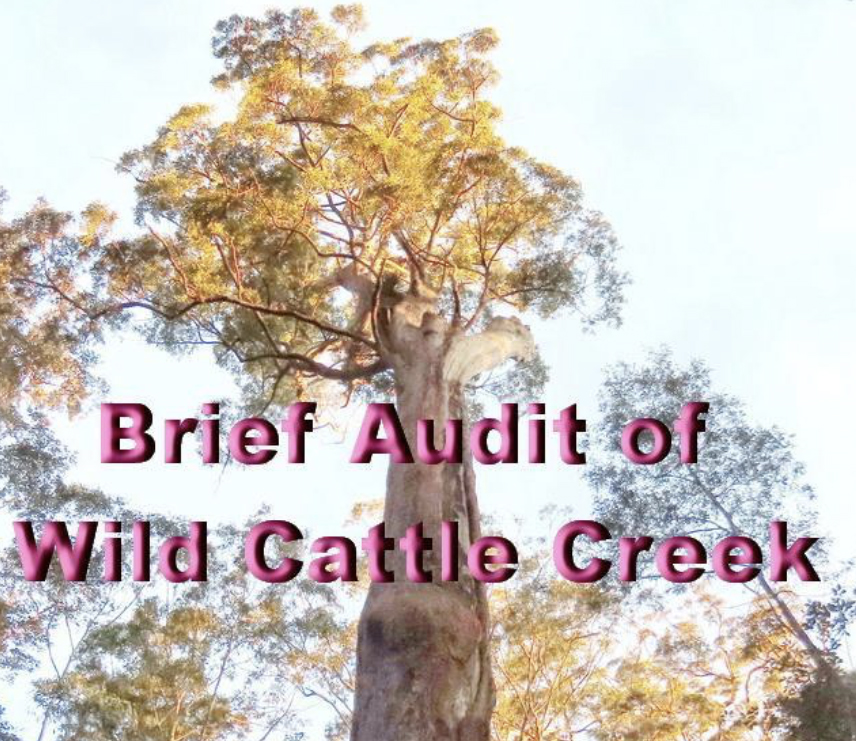 On the afternoon of 28 July 2020 NEFA undertook a brief audit of Compartments 32, 33 and 34 of Wild Cattle Creek State Forest near Cascade on the Dorrigo plateau to assess compliance with the new Coastal Integrated Forestry Operations Approval (CIFOA) logging prescriptions.

The EPA had found significant logging breaches on 9 July and imposed a Stop Work Order on 18 July, allowing illegal logging to continue for 9 days.

The legal breaches we found from a brief inspection of a small part of the logging area were: 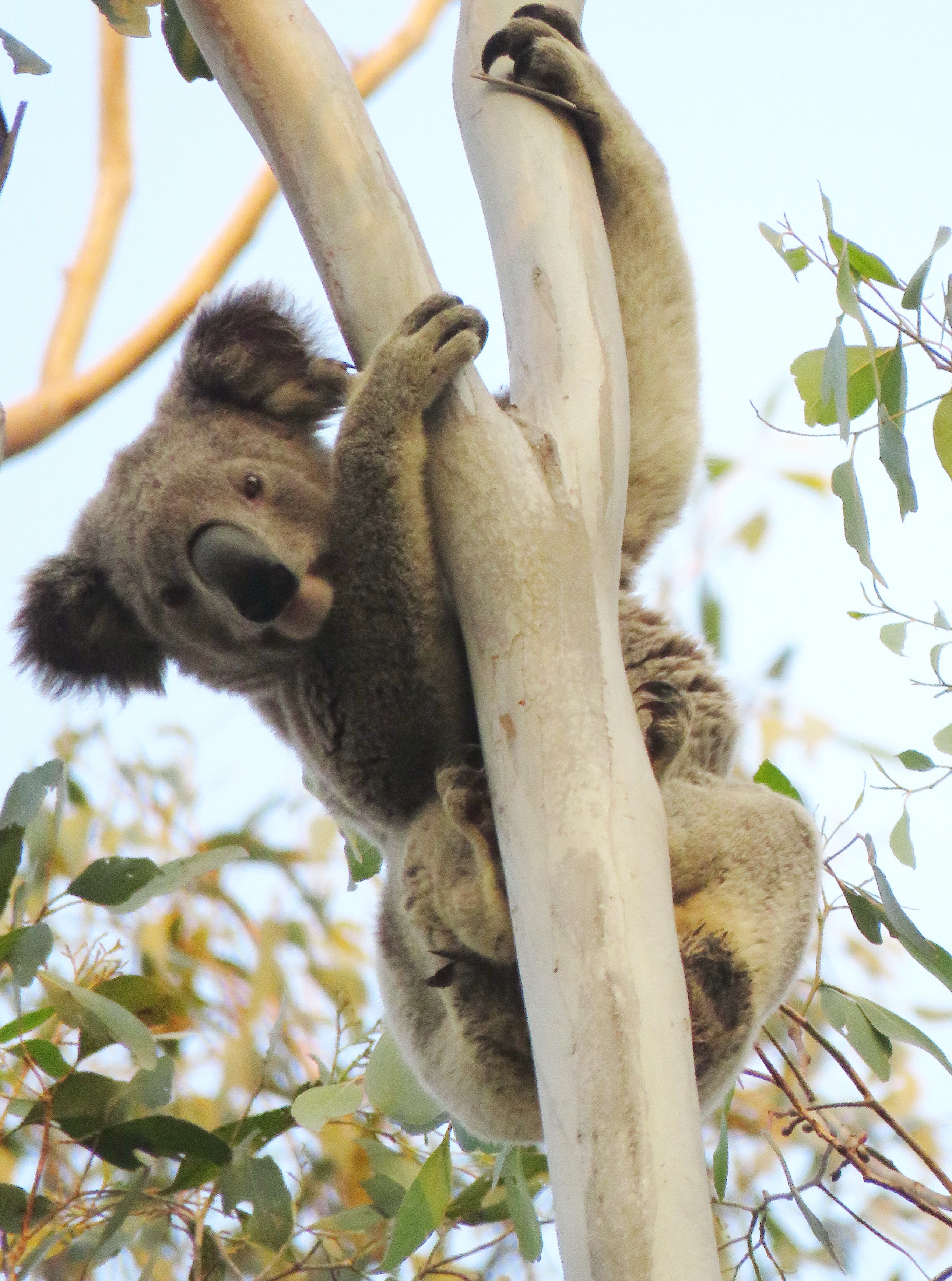 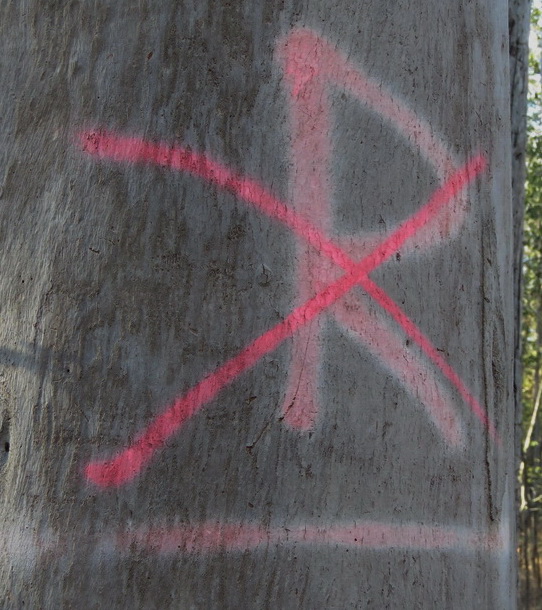 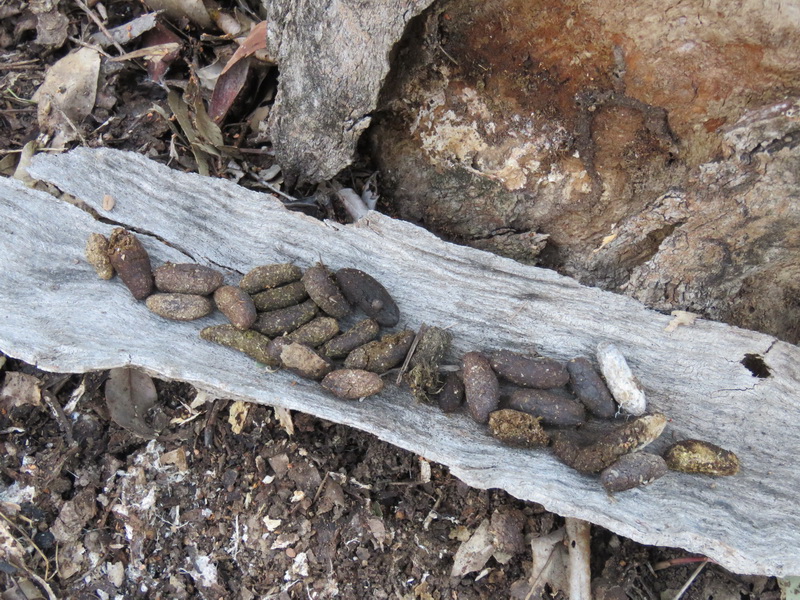