NEFA is calling on the NSW Government to stop the Forestry Corporation clearfelling 68 ha of some of the best known koala habitat in NSW and converting it into a plantation in compartments 61, 62 and 63 of Wild Cattle Creek State Forest.

They are in the process of clearfelling 68ha of identified high quality Koala habitat, of which 16ha is part of a Koala Hub identified by the Office of Environment and Heritage in 2017 as "highly significant local scale areas of koala occupancy currently known for protection".

Up until 2020 this was classed as native forest, but three years after the Koala Hub was identified, two years after being busted for logging protected Koala habitat in an adjacent operation, and a few months after the 2019 wildfires devastated Koala populations in the area, the Forestry Corporation had this Koala habitat reclassed as a plantation based on a spurious claim that in the 1960s someone scattered some seed around.

Scattering seed around after logging was a common practice 50 years ago, but scattered Blackbutt seed in a natural Blackbutt forest doesn’t make it a plantation.

Now they can legally clearfell it, and sell the timber as plantation timber. 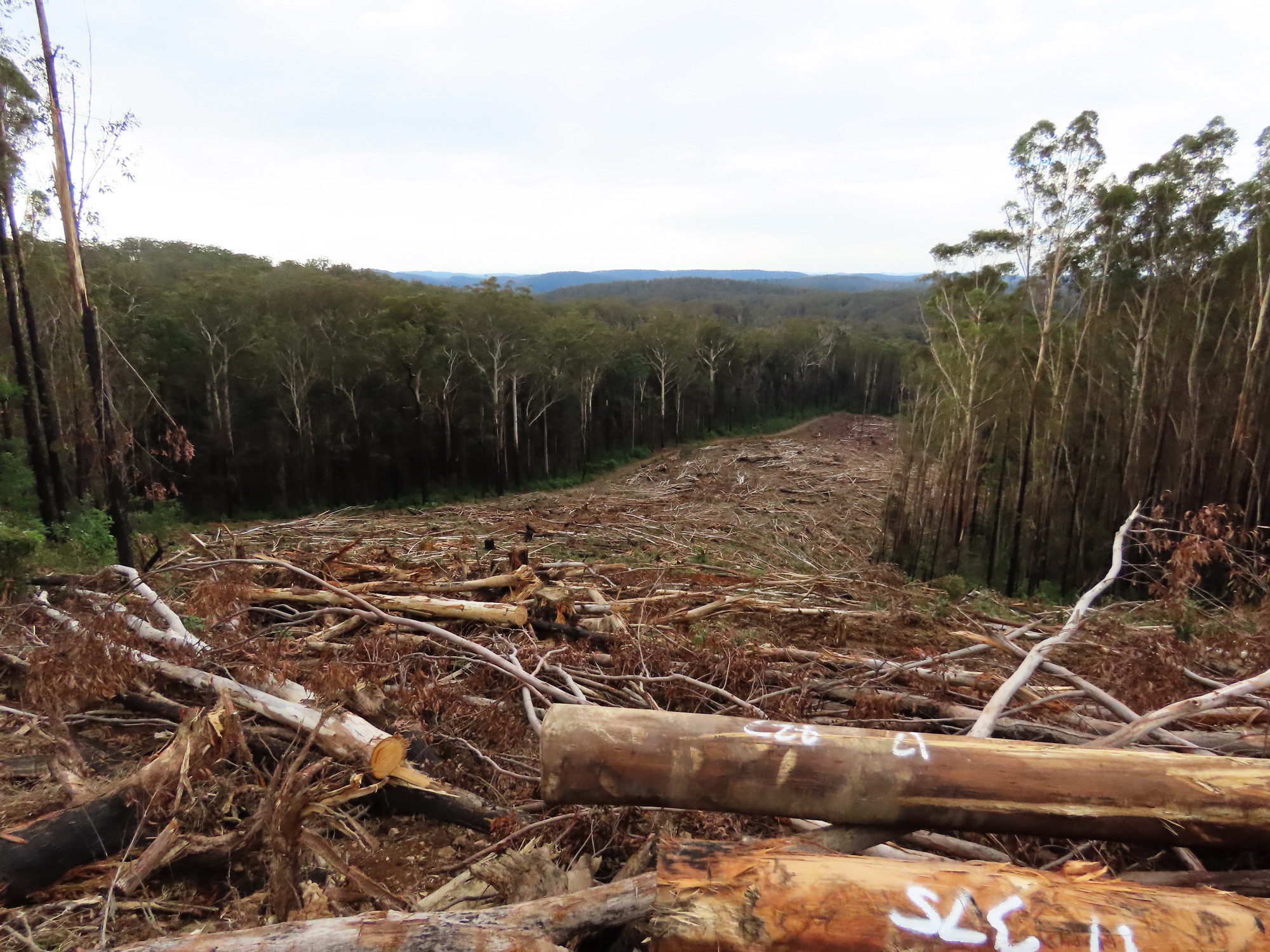