With Pugh’s Frog (Philoria pughi) about to be listed as nationally Endangered, the North East Forest Alliance is calling on Federal Environment Minister Tanya Plibersek to change the Regional Forest Agreement to protect its habitat from logging.

Pugh’s Frog inhabits soaks and seepages in the highest headwaters of streams on the Gibraltar Range and in the Timbarra and Girard areas, during the breeding season it constructs nests in mud under leaf litter where it raises its young watered by seepage. They live a sedentary life, outside the breeding season they will forage amongst leaf litter, mostly within a hundred metres of their nests.

“It is an old endemic, tracing its lineage back over 50 million years to the Gondwana super continent, though a few million years ago the Philoria genus became increasingly marooned on isolated mountain top islands, where they evolved into distinct species” NEFA spokesperson Dailan Pugh said. 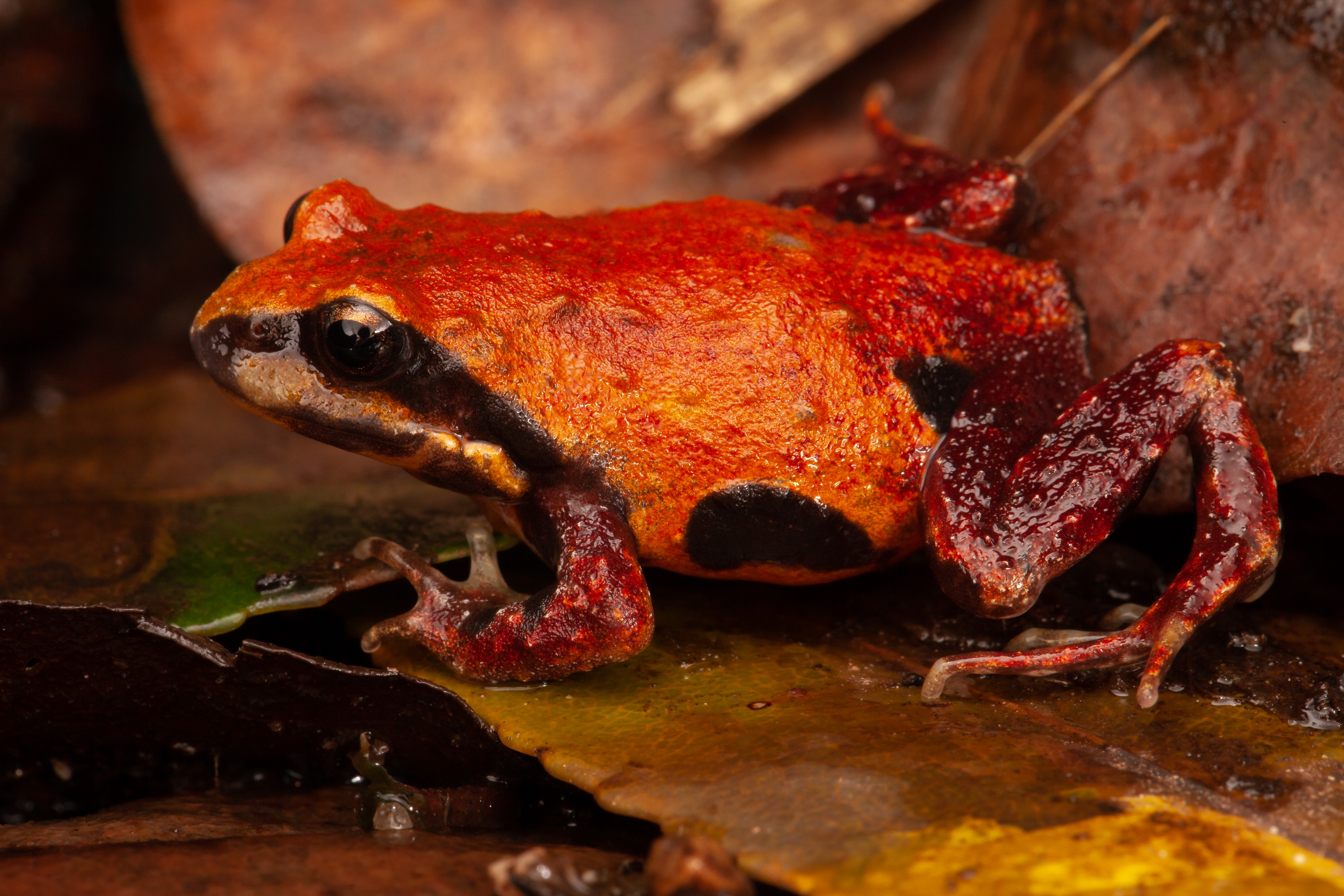 “Due to climate change they are increasingly being restricted to moist refugia at higher altitudes, where the drought and fires of 2019 took a heavy toll. Pugh’s Frog was one of the worst affected species, with 90% of its habitat burnt, eliminating some populations and reducing others to just one or two calling males.

“So after millions of years of existence, Pugh’s Frog has now been identified at risk of extinction within 50 years, my namesake could be extinct in my grandchildren’s lifetimes.

“There is no intent to prepare a recovery plan for Pugh’s Frog, rather the Federal government is just going to rely upon their scientific advice that ignores the impacts of logging.

“There are proposals to log its identified habitat in Gibraltar Range, Ewingar, Forestland and Girard State Forests within the next 12 months, under grossly inadequate logging rules developed 34 years ago, since then logging intensity has increased and stream protections reduced.

“The survival of Pugh’s Frog depends on protecting its moist refugia.

“Aside from direct killing of frogs, logging their habitat will dry their soaks and seepages by opening the canopy and creating thirsty regrowth, thereby making their refuges more fire prone, while causing siltation of their homes.

“If there is any intent to stop Pugh’s Frog becoming extinct it is essential that logging now be excluded from the entire catchments above where they occur” Mr. Pugh said.

“We know that Pugh’s frog is one of a group of seven endemic mountain frogs that is rapidly on a path to extinction from climate change. This was evidenced by the black summer fires that saw close to 90% of this species habitat burn and populations decline. To allow any logging within it’s habitat would be completely at odds with conservation objectives. Sadly, a listing under commonwealth legislation (although warranted) will just add to the Australian governments poor track record UNLESS we actively protect habitats.”

“NEFA is calling on her to seek independent scientific advice specifically on the impacts of logging on all the Philoria species, and use her powers under the RFA to require NSW to change its logging rules to give these species the protection they desperately need”, Mr. Pugh concluded.

Logging and clearing over the past 200 years have further fragmented populations, with these increasingly isolated populations now beginning to show genetic differentiation.