Forest Corp returning to the scene of the crimes, Cherry Tree State Forest.

Forest Corp returning to the scene of the crimes,  Cherry Tree State Forest.

Following an extensive list of breaches to regulations in 2015, logging is scheduled to  begin again in Cherry Tree State Forest  in August this year. 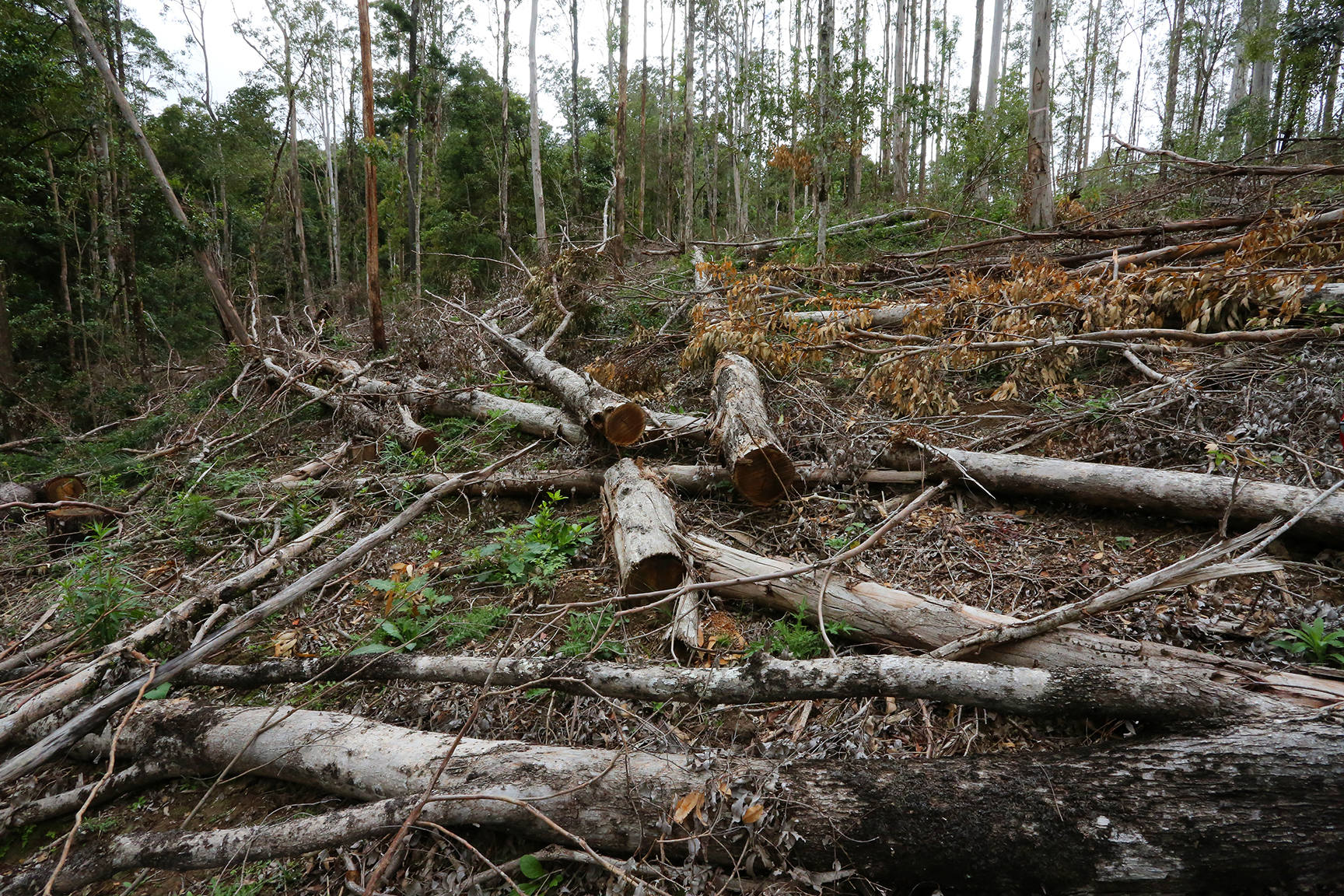 Despite the extensive range of offences clearly highlighted by Dailan on behalf of NEFA Forestry Corp were never held to account. Forestry Corp now plans to log the adjoining compartments  to the previous 2015 logging operation.

Cherry Tree SF is located on the Richmond Range approximately five kilometres south of the Mallanganee Lookout, 30k west of Casino.  Cherry Tree is named after the Lacebark or Cherry Tree Brachychiton discolor  a type of Kurrajong with large deep pink flowers  common in dry rainforests in the area. The adjacent Mallanganee National Park includes one of the best examples of Dry Rainforest in NSW as well as the largest Lacebark in the state.

The Cherry tree road closely follows the top of the Range that divides the Richmond and Clarence catchments south from the Bruxner Hwy . The road is known for its scenic qualities and traverses  a variety of forest types from Rainforests to Moist and Dry sclerophyll forests. It has not been maintained since the last logging operation and recent heavy rains have resulted in severe rutting in places making access difficult by small vehicles and in wet weather. The road will no doubt be upgraded prior to the logging operation however it would be good to get in for some scouting before this occurs.

The forest compartments includes ridges above very steep slopes leading to a dense network of lower order streams. Protection of these steep upper catchments is fundamental to the health of both the Richmond and Clarence rivers.

Despite past logging operations there are good numbers  of large trees across the compartments. These will no doubt be the target of the logging under the new rules.  The area is part of a key regional wildlife corridor and one of our biodiversity hotspots that supports a range of threatened flora, fauna and Endangered Ecological Communities. It was spared the recent wildfires which impacted many nearby forests and National Parks. A very good reason not to log it. 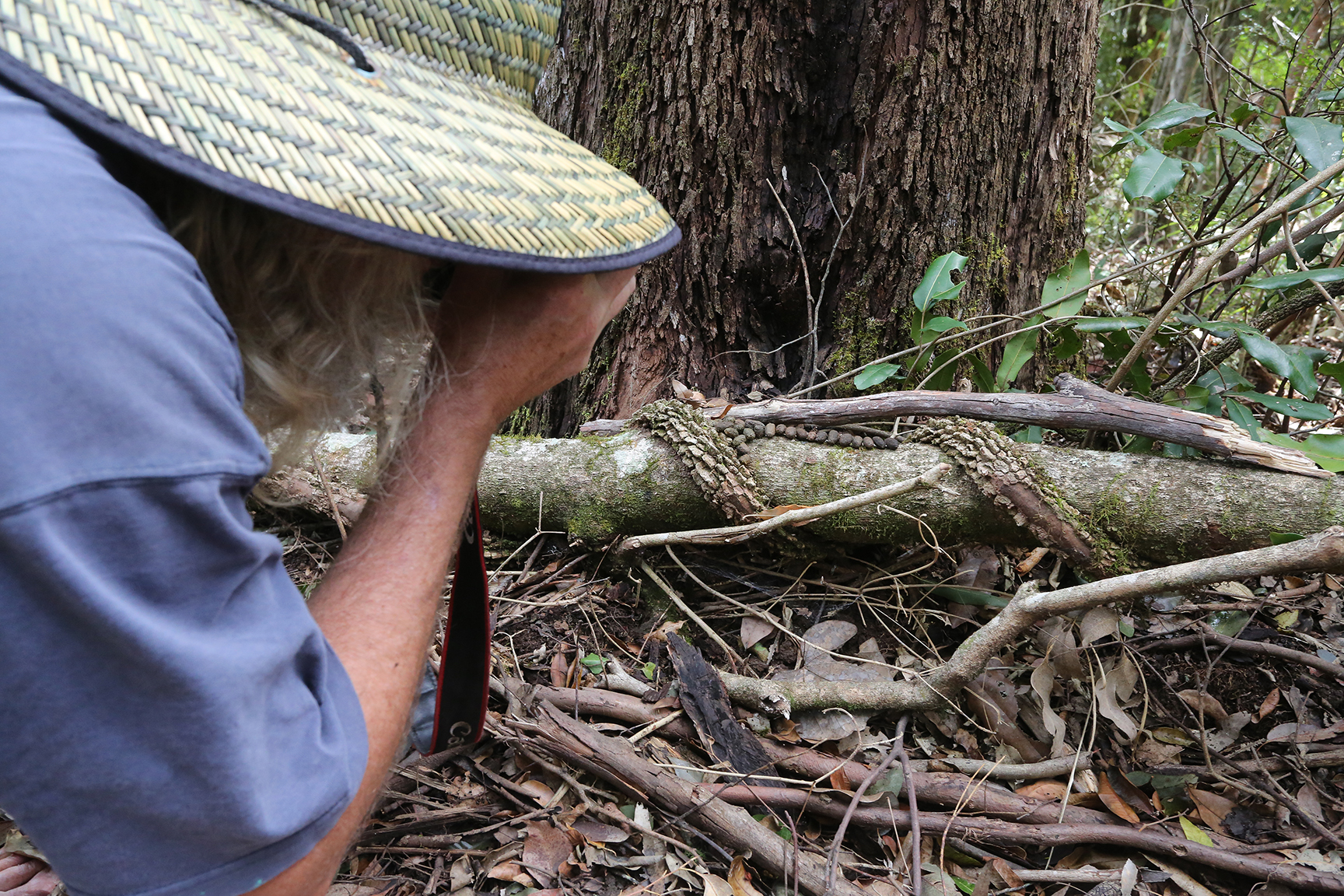 There are a number of koala records for the area and it is considered intermediate koala habitat, so locating koala high use areas prior to logging will be a priority. The threatened ripple leaf mutton wood Rapanea sp  and Onion Cedar Owenia cepiodora occurs in the area as well as Low land Sub Tropical Rainforest and Grey box Grey gum Wet Sclerophyll EEC'S. Steel Box Eucalyptus rumeryi is regarded as a rare species which has a very limited distribution .It is common throughout the compartments  and to my knowledge gets no formal protection from logging. Unfortunately it is considered a high quality timber species.

Parts  of Cherry Tree SF  are at high risk of developing Bell Miner Associated Dieback as a result of logging disturbance, as is occurring in previously logged compartments.

NEFA will be organising some preliminary scouting operations in the area over the next few weeks  weather permitting. We will plan to meet at the Mallanganee Lookout and car pool to the compartments about 5 k away. Further information will be provided.