Trashing of 95 ha of Endangered Rainforest must be Prosecuted

The North East Forest Alliance has requested the Minister for the Environment, Gabrielle Upton, to ensure that action is taken against the Forestry Corporation for roading and logging 95 hectares of the Endangered Ecological Communities 'Lowland Rainforest' and 'Grey Box-Grey Gum Wet Sclerophyll Forest' in Cherry Tree State Forest*, given that 21 months after being told of the breaches the Environment Protection Authority (EPA) has failed to take regulatory action.

"It is astounding that in this day and age a NSW Government agency can get away with recklessly and illegally bulldozing through endangered rainforest, causing immense damage, and nothing is done" said NEFA spokesperson Dailan Pugh.

"Last December, over a year after our complaints, the EPA issued the Forestry Corporation with an official caution for 66 breaches of logging laws in Cherry Tree State Forest involving illegal logging of hundreds of habitat trees, damaging threatened plants, logging within stream buffers, and failing to drain roads"

"At that time the EPA told us they would separately deal with the worst offences of illegally roading and logging endangered Lowland Rainforest and recklessly damaging hundreds of retained habitat trees. Now it seems they were just trying to ignore these complaints because they have still done nothing. 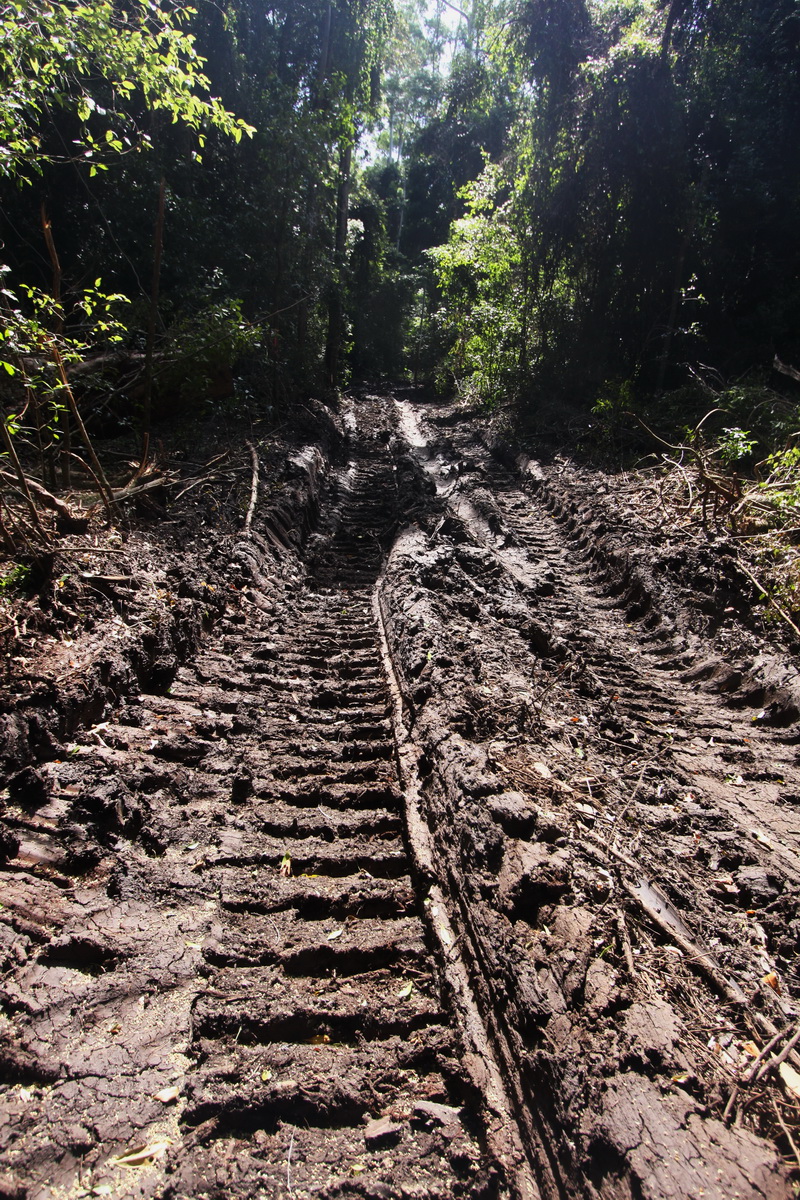 "The EPA have had the evidence for over a year, their refusal to act on it is purely political.

"We are concerned that the EPA are once again allowing the 2 years available for them to prosecute the Forestry Corporation to expire, as they did for our complaints over Whian Whian.

"Over a year ago the EPA completed a project to map 13 Endangered Ecological Communities (EECs), which NEFA recently obtained under a freedom of information request.

"The EPA's mapping confirms that at Cherry Tree the Forestry Corporation made 33 incursions into mapped Lowland Rainforest, including construction of 7 roads through rainforest, trashing 4.5 ha of rainforest in the process.

"The EPA's mapping also shows that the Forestry Corporation logged up to 90 hectares of mapped Grey Box-Grey Gum Wet Sclerophyll Forest. This endangered community is characterised as a low rainforest with emergent eucalypts.

"It is disturbing that the EPA knew that most of the offences they found the Forestry Corporation guilty of committing last December occurred in this EEC, and yet failed to mentioned this or deal with them as the more serious offences of causing damage to an EEC.

"The outstanding offences of recklessly damaging habitat trees also mostly occurred in this EEC. It is no longer tenable for the EPA to pretend that the EEC Grey Box-Grey Gum Wet Sclerophyll Forest doesn't exist. We know it's a cover-up.

"Cherry Tree is part of the ‘Border Ranges North and South", one of Australia's 15 recognised biodiversity hotspots. The Border Ranges Rainforest Biodiversity Management Plan is a national recovery plan that covers this hotspot and specifically maps these EECs as both a Conserve Priority and a Repair Priority. They should never have been logged in the first place.

"The trashing of 95 hectares of two Endangered Ecological Communities in a biodiversity hotspot of world significance is environmental vandalism of the worst kind.

* Cherry Tree SF is on the Richmond Range 29 km west of Casino, adjoining Mallanganee National Park which has been identified on the UNESCO Tentative List for addition to the Gondwana Rainforest Reserves of Australia World Heritage Area. These world heritage value rainforests extend into Cherry Tree and have been illegally roaded and logged.

NEFA's assessment of the EECs and audit of Cherry Tree State Forest are at:
http://www.nefa.org.au/audits