NEFA is calling on the NSW Legislative Assembly when they vote next week to revoke the Forestry Corporation’s licence to kill threatened species after finding more wanton vandalism of Koala feed trees and Hollow-bearing trees in Wild Cattle Creek State Forest.

In just 3 hours last week in compartment 40 of Wild Cattle Creek State Forest, NEFA found 7 trees marked for retention as Koala Feed Trees and 13 old trees marked for protection as Hollow-bearing Trees that had been bashed by machinery or had trees dropped upon them, many of which won’t survive, NEFA spokesperson Dailan Pugh said.

“These are some of the few trees that legally required protection. 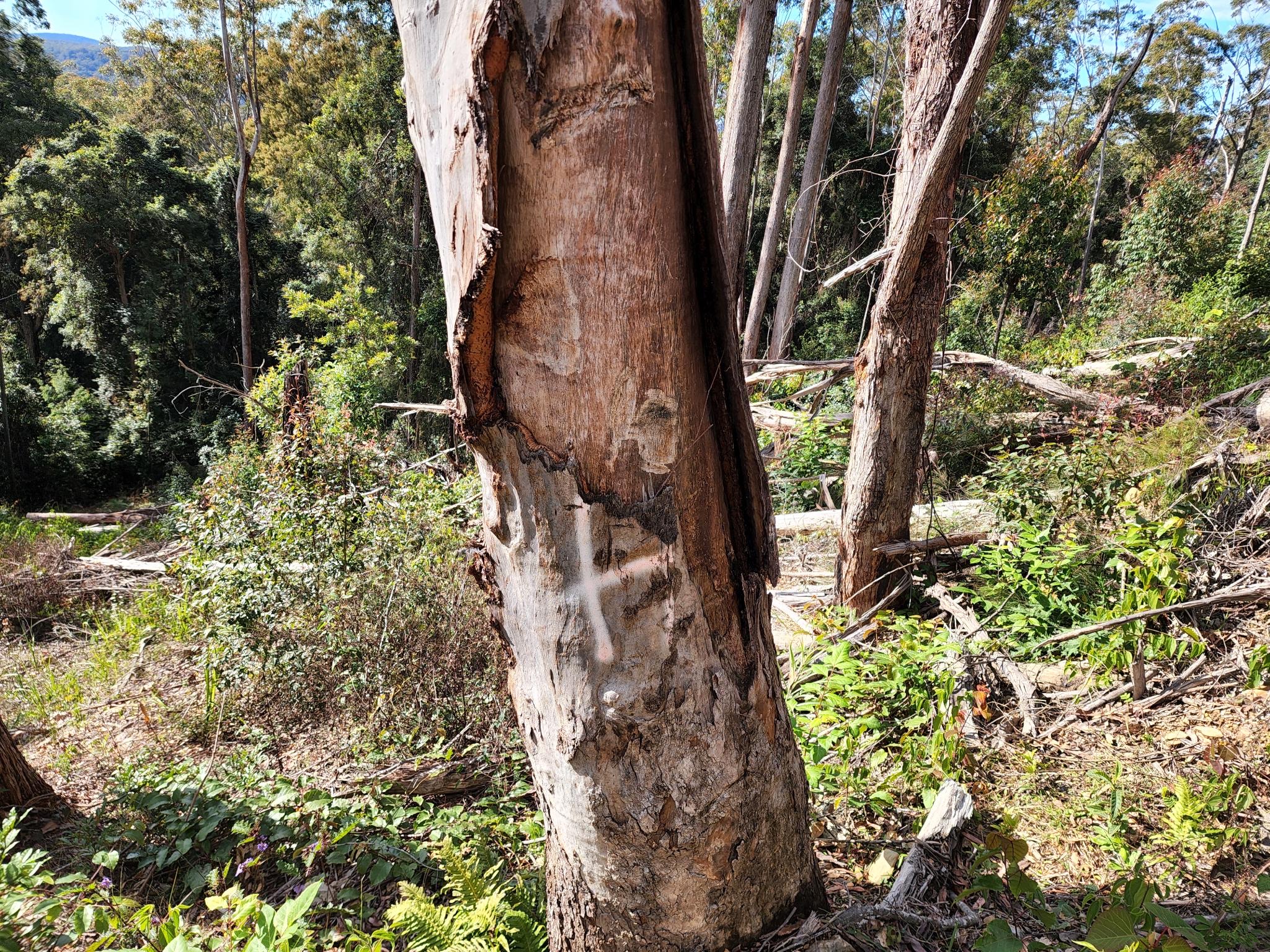 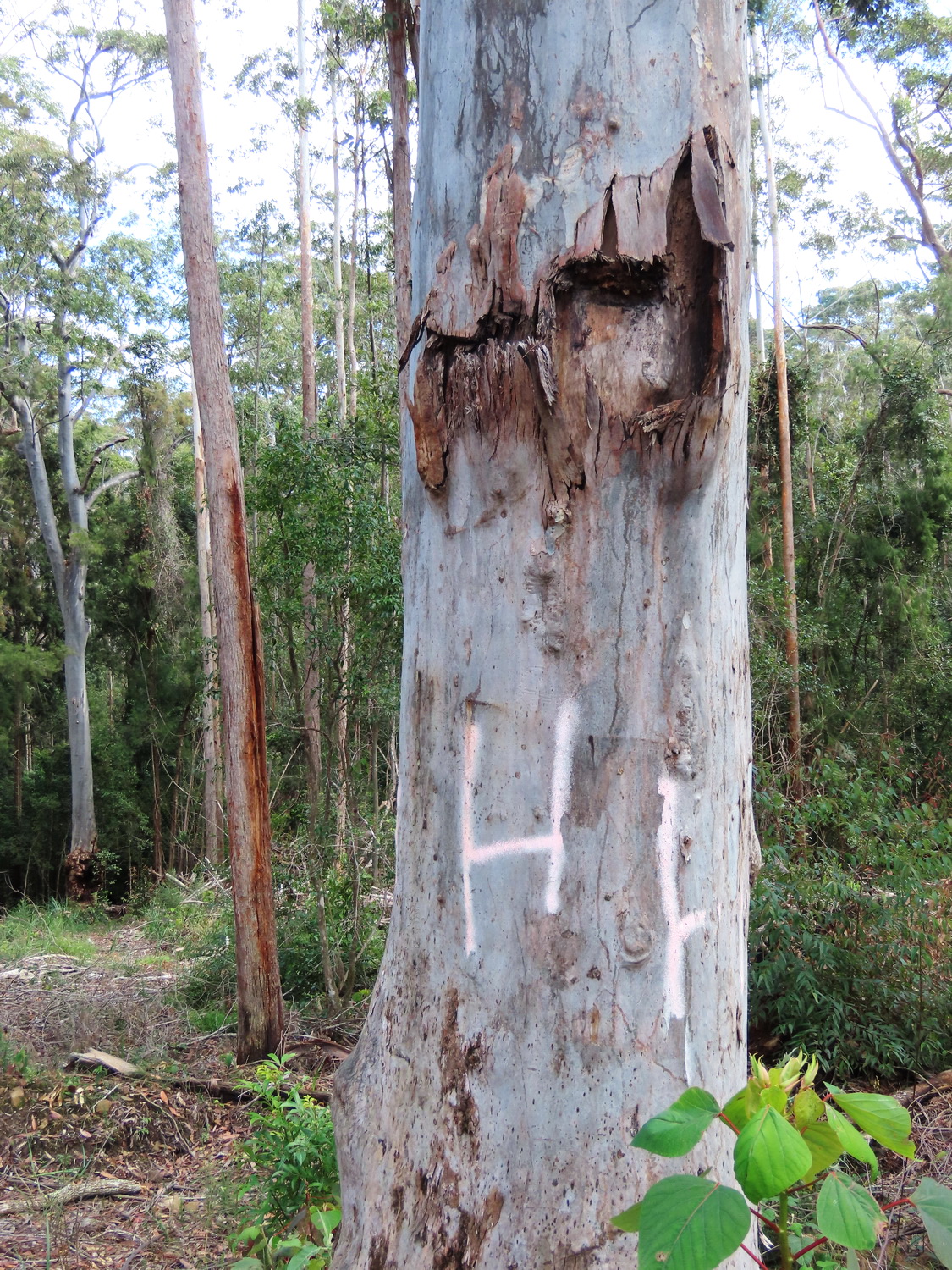 2 of the 20 Trees retained as both Hollow-bearing Trees and Koala Browse Trees that were recklessly damaged.

“All this illegal logging is occurring in what is some of the best Koala habitat in Australia, proposed as part of the Great Koala National Park.

“In 2017 the Office of Environment and Heritage identified compartment 40 as a Koala Hub, one of 567 priority areas across the whole of NSW for protection as a highly significant area of koala occupancy.

“Despite this, within this Koala Hub most of the larger Koala feed trees were allowed to be logged, and many of the few token trees they were legally obliged to protect were extensively damaged.

“We were relieved to find that at least one Koala has survived within the area, though undoubtedly the population has declined as the trees they needed for food and shelter are progressively logged and damaged across the landscape.

“A similar fate is befalling the dozens of species, such as the Endangered Greater Glider, who rely upon hollows in branches and trunks for dens, which are only provided by the giant 200-600 year old trees that are being vandalised with such reckless disregard by the Forestry Corporation.

“Not only did the Forestry Corporation log the trees needed as recruitment trees, they mortally damaged the priceless hollow-bearing trees they were obliged to protect.

Next week the Legislative Assembly will be voting on the petition (1) to end logging of public native forests, now that over 20,000 people have signed it.

“NEFA is calling upon people who care about Koalas and threatened hollow-dependent species, such as the Greater Glider, to contact their local members to ask them to take this opportunity to vote to remove the Forestry Corporation’s licence to kill threatened species by stopping them logging public native forests” Mr. Pugh said.

(1) The petitioners ask the Legislative Assembly to: