Real Law-breakers Must be Stopped

North coast conservationists are shocked and alarmed at footage of the devastation being wrought in Ellis State Forest south of Grafton.

Investigations over the weekend documented dozens of breaches of the logging rules, including several giant trees felled and koala and habitat trees seriously damaged.

“We have notified the EPA and they will carry out an inspection on Tuesday but unless they immediately issue a stop work order these serial offenders will be able to continue their reckless rampage through the giant old trees and koala habitat,” said North Coast Environment Council Vice-President, Susie Russell.

"The area clearly has many old growth trees. The Forestry Corporation uses LIDAR technology which enables them to see individual trees. They can pick out the areas where there are large trees left and target those.

“The 2019/20 fires burnt through this forest. The oldest, largest trees were the best survivors, providing refuge for animal survivors. Now they are being killed, and the animals that depend on them will probably also die. 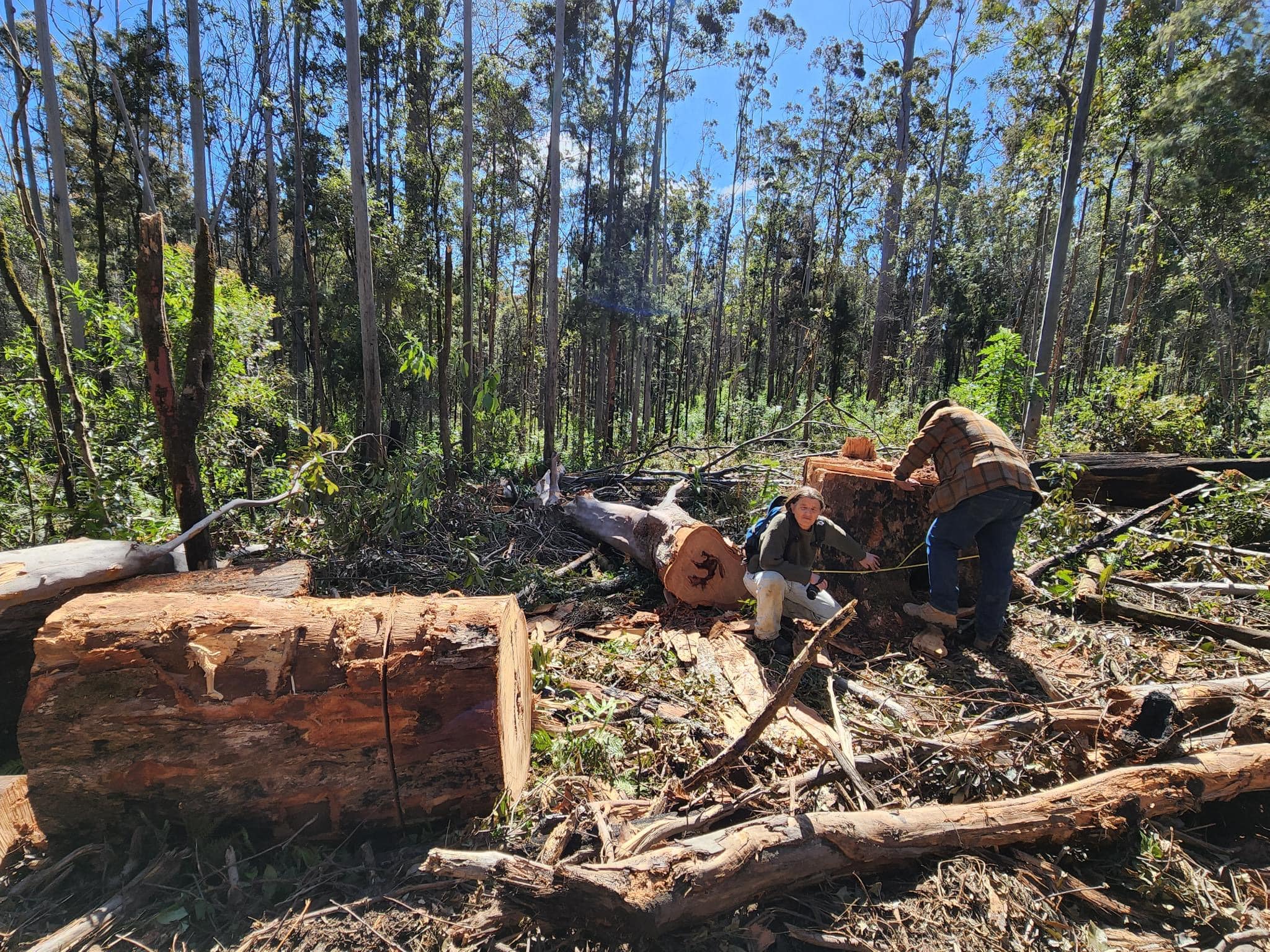 "This part of Ellis State Forest was identified as being core habitat for one of the largest populations of koalas on the north coast. That was before the fires of 2019/20. Instead of pressing pause on logging to assess the full impact of the fires on the forests and give koalas a chance to recover, then Forestry Minister John Barilaro, renown for describing koalas as 'tree rats’, pushed to keep logging, hiding a secret Government report that warned forestry rules were inadequate to address the combined impacts of forest and logging.”

“If they do see a koala in a tree, they wait until it comes down and then take the tree. There is absolutely no recognition that koalas have home trees and home ranges and favourite places. By destroying them, koalas become homeless, stressed and in many cases die. It’s like if someone drove a bulldozer through your house, and your supermarket and your community centre.

Homelessness is a very real crisis for forest animals.

“Now, despite accepted scientific advice that koalas are hurtling to extinction and may well be gone from the wild in less than 30 years, all levels of government are still signing off on destruction of their homes,” Ms Russell said.

"We have been waiting years for the EPA to progress breaches reported two years ago. By the time the EPA work out they are dealing with serial offenders and start issuing Stop Work Orders, more giant trees will be gone forever and more koala trees will be sacrificed,” said Dailan Pugh, NEFA President.

“It took the EPA 2 years before they commenced legal action in July for logging six Giant Trees and seven Hollow-bearing Trees in another part of Wild Cattle Creek State Forest.

“Meanwhile they are refusing to take any action in response to NEFA’s complaints from over 2 years ago that the Forestry Corporation recklessly damaged centuries old oldgrowth trees and koala feed trees, legally required to be retained, in the same area.

“And a couple of weeks ago, after a brief inspection NEFA reported another 20 cases of reckless damage to retained oldgrowth and koala feed trees in another part of Wild Cattle Creek State Forest.

“While its great to see the EPA taking some token prosecutions, they take far too long to hold the loggers to account, while they are turning a blind eye to most offences and allowing them to continue unchecked.

“It is therefore not surprising that the Forestry Corporation are continuing to recklessly damage oldgrowth and koala feed trees, while continuing to cut down giant trees elsewhere within the proposed Great Koala National Park,” Mr Pugh said. 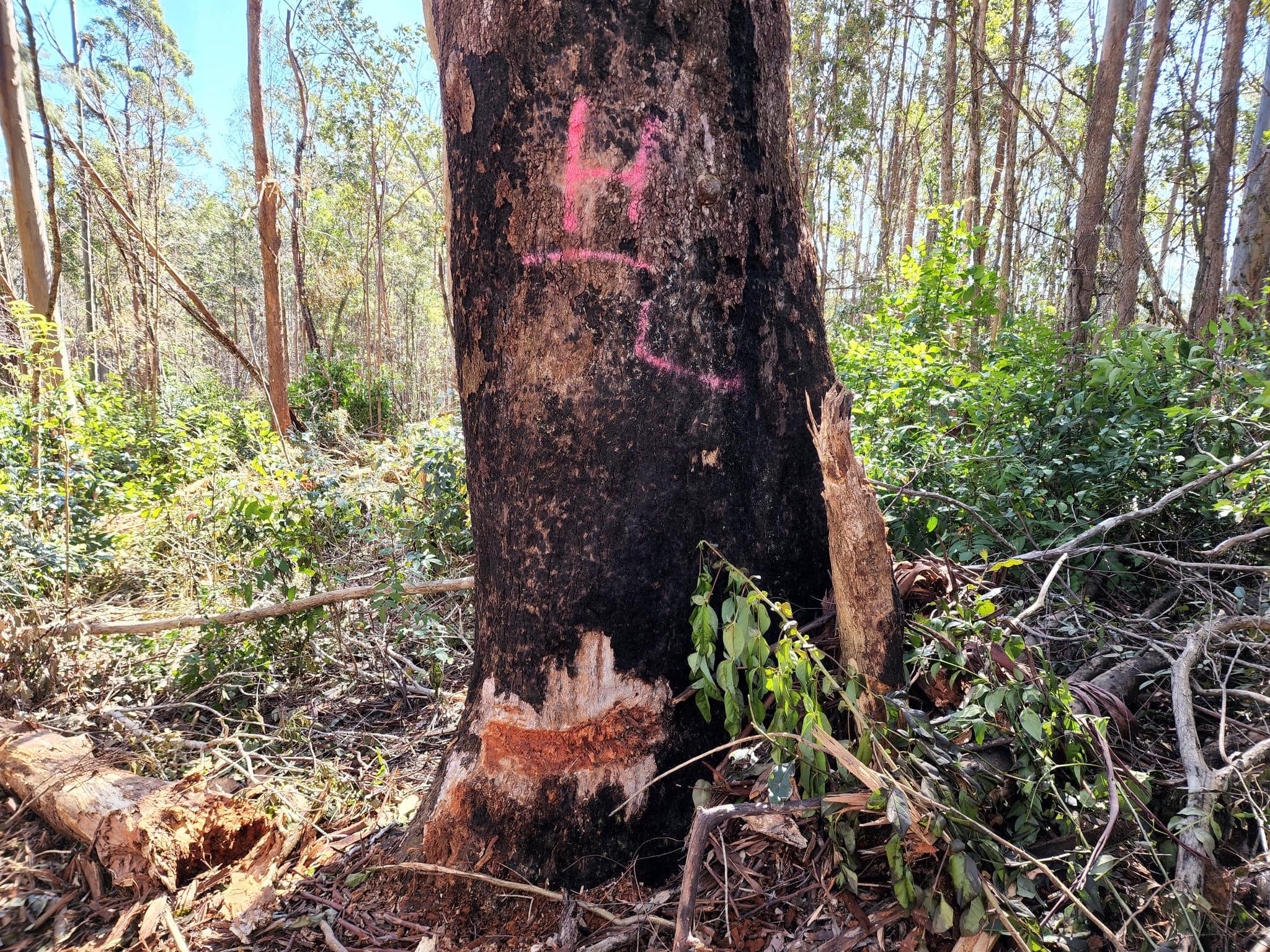