NEFA is calling on the NSW Government to comply with their own Koala Strategy by creating a Koala national park covering exceptional Koala habitat in Braemar, Carwong and Royal Camp State Forests, south of Casino.

NEFA's searches have proven that these public forests contain exceptional densities of Koalas, unparalleled in any of the Forestry Corporation's searches over the past 20 years, according to NEFA spokesperson Dailan Pugh.

When announcing the NSW Government's Koala Strategy on 7th May 2018 their press release stated:

The centerpiece of the NSW Koala Strategy is setting aside large swathes of land where koalas can thrive and new habitats can be created.

“It is absolutely vital that we protect land where koalas currently live - and secure land where new koala colonies may exist in the future,” said Environment Minister Gabrielle Upton.

"Now it is evident that Braemar is a key part of this population.

"The evidence of the outstanding importance of these forests for Koalas is beyond doubt.

"If the NSW Government wants to give the Koalas of the Richmond lowlands a future it is absolutely vital that they fully protect all identified core Koala habitat in Braemar, Carwong and Royal Camp State Forests from further degradation.

"As these forests recover from past logging so too will Koalas. With Koalas coming under increasing threat from droughts, heatwaves and bushfires it is essential that we give them the best chance we can to withstand climate heating.

"We challenge the Forestry Corporation to identify any area they have found in their past 20 years of undertaking Koala scat searches across NSW that has a higher density or more extensive scats than we have so far found in Braemar", Mr. Pugh said. 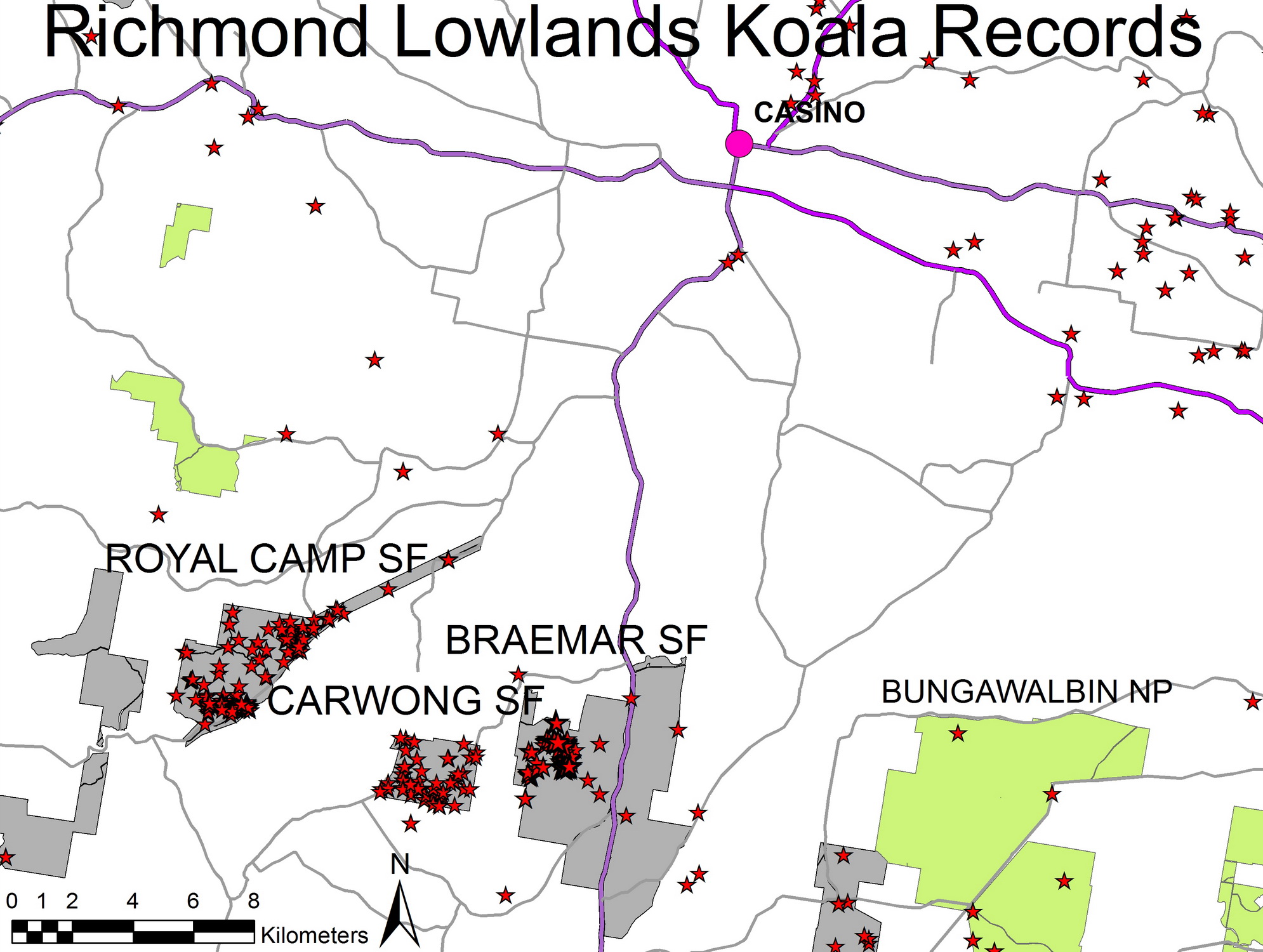