Long-time forest campaigner and NEFA spokesperson, Susie Russell, was arrested today at Bulga State Forest.and given bail conditions prohibiting her from entering into any part of the Bulga Forest.

The arrest came as the Save Bulga Forest community ramped up their campaign of civil disobedience calling for an end to logging native forests and in particular the Bulga Forest.

“It was clear I was singled out for arrest”, Ms Russell said. “There were about 30 people on site supporting the young tripod-sitter. I was there, but diligently keeping outside the boundary of the closed area, which was tricky because the distance that was closed was not specified in the closure notice, so I erred on the side of caution. 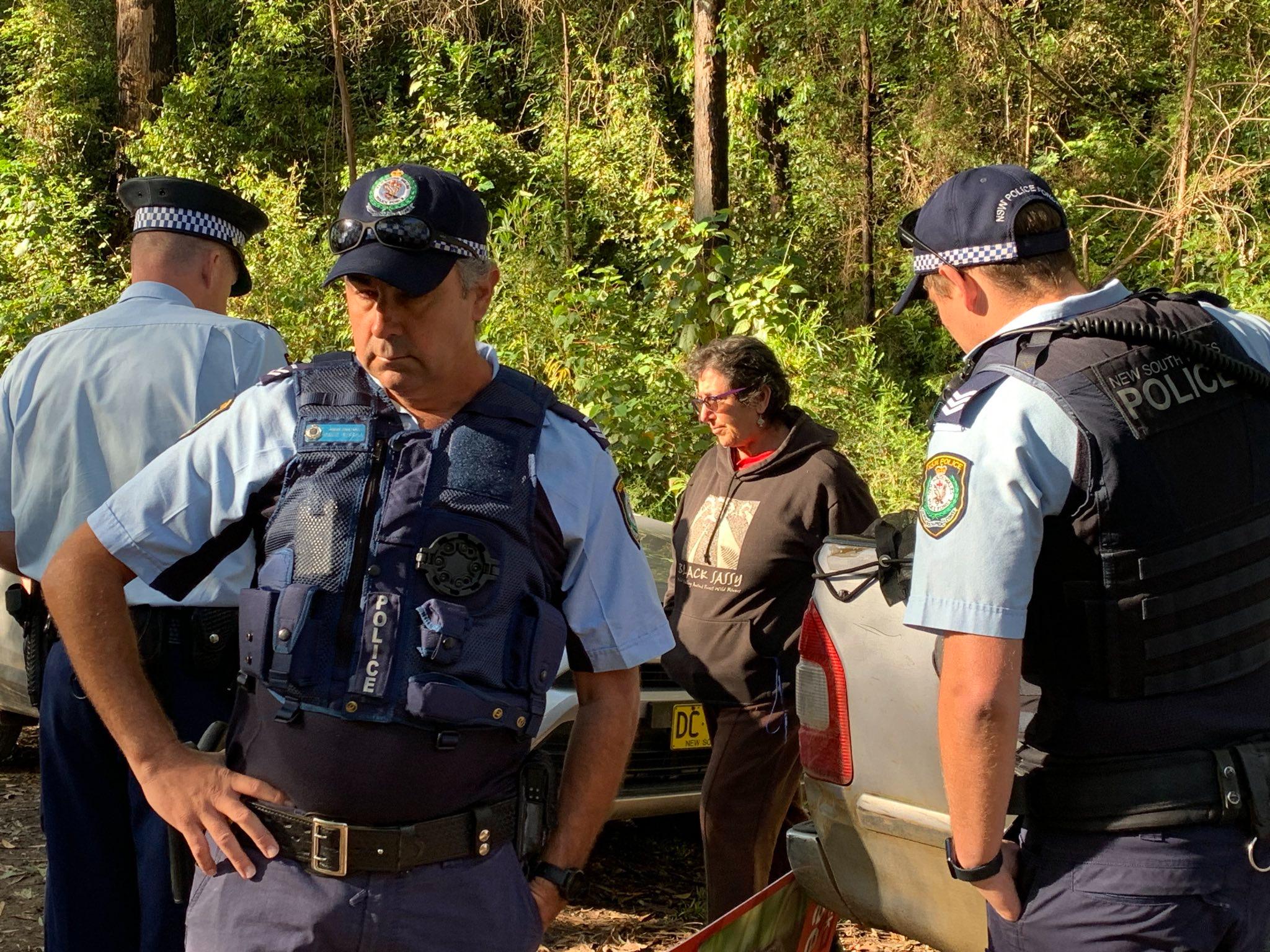 “Police arrived on the scene just after 7am and spent half and hour walking around talking to different participants. They then went back to their vehicles for a huddle, presumably discussing how they were going to approach the situation. During that time the forest protectors were milling around and chatting in small groups.

“I left the area near my vehicle and walked the 30 odd meters to make sure the tripod-sitter was ok. When I got there, there was a child hugging an adult size koala. I took a couple of photos and then walked back around to my vehicle. The whole exercise took about 5 minutes.

“Almost immediately afterwards the police inspector approached me by name and said I was under arrest for entering a prohibited area. This while there were plenty of people making merry in the “prohibited” area and several colleagues in a similar situation to mine, freely moved backwards and forwards to chat.

“I have no doubt I was arrested in order to try and limit my involvement in the campaign. It has however, made my resolve stronger.

“I have watched the forests of my region being steadily degraded over three decades. In the 1990’s a spotlighting trip through these forests would reveal dozens of Greater Gliders. Now we are lucky to see one. There is nothing ecologically sustainable about this logging. It is smash and grab and runs at a loss. These forests will take centuries to recover.

“I feel I owe it to young people and to those lives without voice, to not stand by in silence while the destruction continues. I will continue to speak for the trees,” Ms Russell said.