Enough is enough, logging of public forests has to stop.

NEFA welcomes the EPA prosecuting the Forestry Corporation for illegally felling giant and hollow-bearing trees in Wild Cattle Creek State Forest in 2020, though maintain this area of outstanding Koala habitat should never have been approved by the NSW and Commonwealth Governments for logging.

“It is reprehensible that the in this day and age that the Forestry Corporation are still cutting down these massive awe-inspiring trees, the height of 10 storey buildings and 300-500 years old, that provide the large hollows that many of our iconic animals depend upon for dens and nests.

“It is a tragedy that this was allowed to occur within an area identified as some of the most important Koala habitat in Australia, because the NSW and Commonwealth Governments changed the logging rules in 2018 to remove the need for pre-logging Koala surveys and allow Koala High Use Areas to be logged” Mr. Pugh said.

This prosecution is in addition to the $285,600 in fines and costs recently imposed by the Land and Environment Court for the Forestry Corporation illegally logging a Koala High Use Area, rainforest and a rainforest buffer in Wild Cattle Creek State Forest in 2018.

The EPA has filed nine charges with the Land and Environment Court alleging FCNSW:

The EPA found 2 giant trees >140 cm illegally cut down in these compartments on 9 July 2020 and imposed a Stop Work Order on 18 July, allowing more illegal logging to continue for 9 days.

After the EPA stopped work, NEFA undertook a brief audit on 28 July of a small part of the logging area, finding 12 additional breaches:

“NEFA are still waiting for the EPA to respond to our audit, though it appears no action is being taken in response to the egregious damage to giant hollow-bearing trees or the reckless damage to small tallowwood Koala Feed Trees” Mr. Pugh said.

“There is no doubt that this logging occurred in an area of exceptional importance for Koalas, being identified by the Office of Environment and Heritage in 2018 as 'highly suitable koala habitat’ with numerous Koala records, with part identified as being within the largest Koala Hub on the Dorrigo Plateau. Koala Hubs were identified by OEH for protection as “areas of currently known significant koala occupancy that indicate clusters of resident populations".

“In 2019 Department of Planning and Environment acknowledged the significance of these forests by identifying them as part of the Wild Cattle Creek Koala Focus Area, one of the 10 priority areas of State Forests that could be protected as part of the Great Koala National Park to "provide a feasible and strategic balance between increasing protections for koalas, while minimising impact to forestry operations"

“With Justice Robson’s recent finding that the removal of just 4 feed trees and construction of logging tracks within a Koala High Use Area would result in actual harm to Koalas, there can be no doubt that the numerous Koala feed trees legally and illegally logged in this core Koala habitat will have had a major impact on resident Koalas.

“Disgustingly the laws were changed after the 2018 illegal logging of Koala High Use Areas reported on by Justice Robson to remove the need for pre-logging surveys for Koalas and the exclusion of logging from Koala High Use Areas. So it is no longer illegal.

“With forest animals becoming increasingly endangered, logging of the habitat of Yellow-bellied Gliders, Greater Gliders and Koalas has to stop right now if we want to save them. 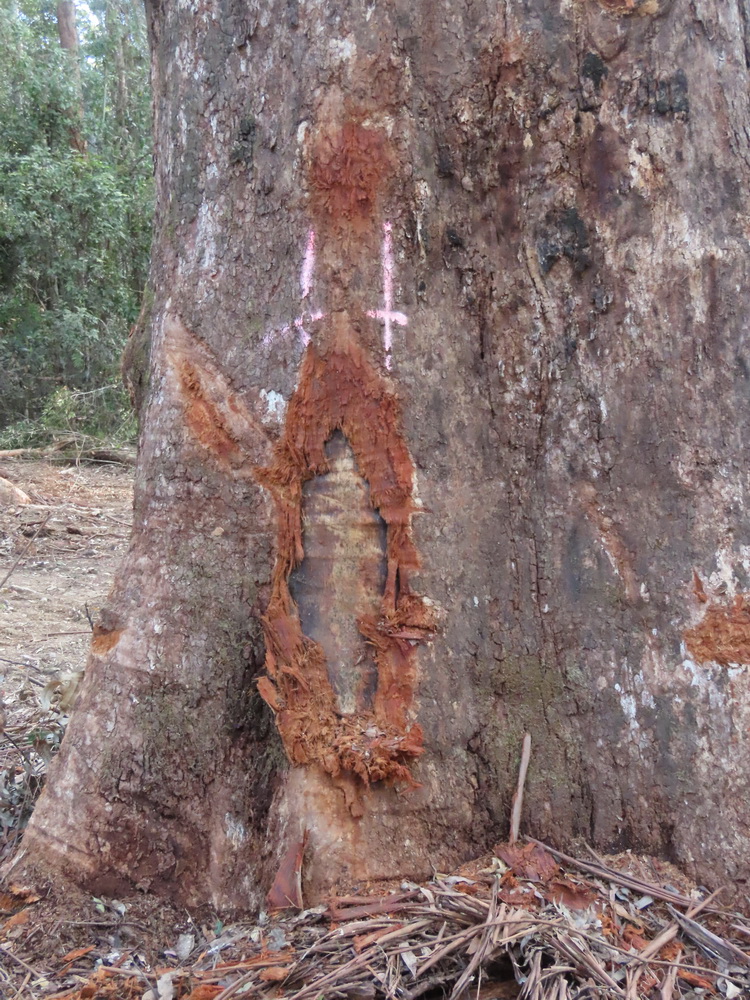