We are in a dangerous feedback loop where regrowth following logging and extreme fires is fuelling more intense fires. With extreme fire weather increasing we need to break out of this vicious cycle while we still can. Stopping logging and allowing current regrowth to mature beyond 40 years will significantly help. The latest study emphasises the need to reduce fire threat by maintaining cover of older forest near settlements. 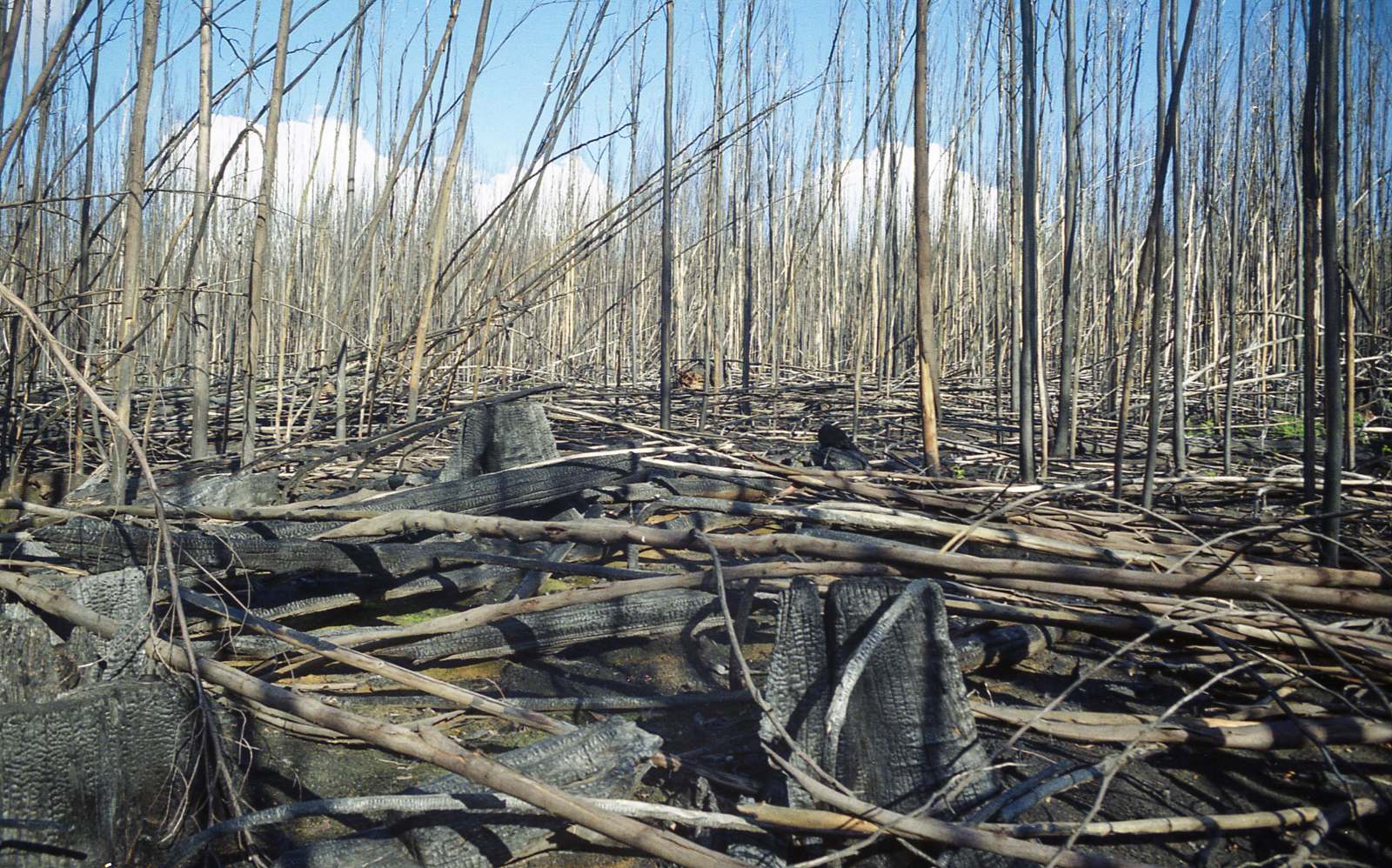 In their most recent assessment of the effect of logging on fires, Lindenmeyer et. al. undertook an empirical study that aimed to quantify the factors affecting the severity of the 2019–2020 fires in northeastern Victoria. They found “There was an increase in the probability of Crown Burn and Crown Burn/Crown Scorch under more extreme fire weather in all forest types, with the effect especially elevated in dry forest. Our analyses also revealed a range of response curve shapes for the relationships between time since previous major disturbance and fire severity relationships and these varied by fire weather classes and forest type”.

They note “fire severity was generally low in very young and very old forest and highest in stands that were 10–40 yr old … the tallest, oldest forests (100–300+ yr since previous major disturbance) burn at lowest severity”.

Our analyses suggest that forests managed for timber production near settlements may be at increased risk of high-severity fire. This is because logging resets stand age to zero, after which there is a subsequent period of increased probability of high-severity fire, particularly under extreme fire weather conditions. Therefore, policies to maintain cover of older forest near settlements should be considered.