Liberals need support to save Koalas from National Party 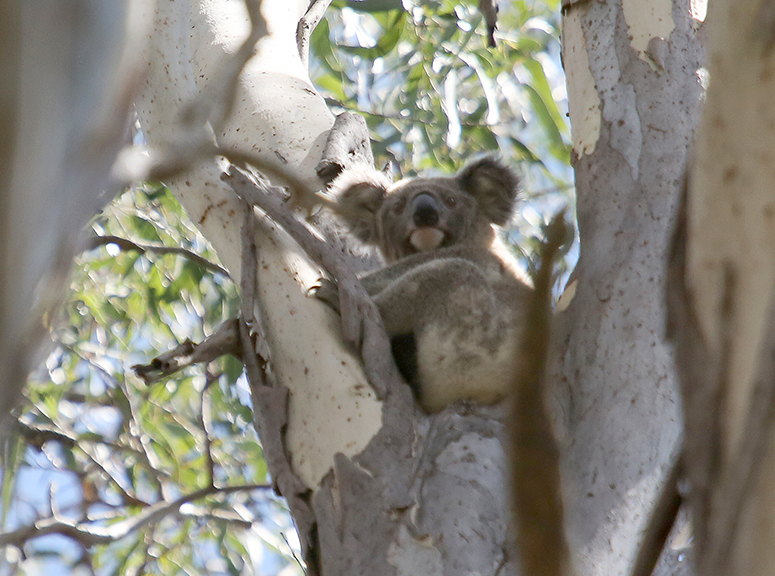 The North East Forest Alliance is calling on people who want core Koala habitat to be identified and protected from logging to contact the Liberal Party and encourage them to resist National Party bullying.

The Koala State Environment Planning Policy (SEPP) was introduced by the coalition in 1995, with the then National Party member for Ballina, Don Page, claiming credit for it, NEFA spokesperson Dailan Pugh said.

"The SEPP basically requires the preparation of Koala Plans of Management (KPoM) that identify core Koala habitat. These are required to be prepared for individual Development Applications over core Koala habitat, though the emphasis is on Councils preparing shire wide Koala plans.

"Where Councils identify core Koala habitat it is identified as Sensitive Regulated Land and therefore can't be cleared under an exemption, and is excluded from logging under the Private Native Forest logging codes.

"This has been intended since the first 1994 Koala SEPP, yet the Koala inquiry identified that over the last 25 years only 6 comprehensive KPoMs have been approved, and these are mostly just for parts of Local Government Areas, and mostly don't identify core Koala habitat.

"The bipartisan Koala Inquiry found that the regulatory framework for private native forestry does not protect koala habitat with the theoretical protections for koalas 'weakened substantially, or indeed non-existent, when practically applied'.

"In 2019 the Coalition adopted a revamped Koala SEPP that tries to make the process for identifying core Koala habitat workable.

"Since then Timber NSW have been worried that if Councils identify core Koala habitat then they won't be able to log it, and have been targeting the National Party in a campaign to overturn the SEPP.

"The current threat by the National Party to resign from the Coalition is all about trying to make the identification of core Koala habitat unworkable so that it can continue to be logged  and cleared.

"Koalas had declined by over 50% on the north coast since the Koala SEPP was first introduced 26 years ago, then in 2019/20 30% of their high quality habitat was burnt, with losses of 44-100% of Koalas from firegrounds. Since 2015 clearing of native vegetation has doubled, with no consideration of Koalas.

"Wild Koalas will likely go extinct in NSW by 2050 if the National Party continue like this.

"NEFA are asking people to email or phone the offices of Premier Gladys Berejiklian, Planning Minister Rob Stokes and Environment Minister Matt Kean to thank them for helping protect Koalas against National Party bullying.  Encourage them to provide support to Councils to complete the mapping of core Koala habitat across NSW within 5 years.

"We need to show that the community supports Koala protection" Mr. Pugh said.

Parliamentary contacts are at: