“In a week where we've seen even the National Party Federal Agriculture Minister recognise the importance of forests in sequestering carbon, the Labor Party has completely ignored one of country's most important carbon capture and storage systems, its forests.

“Worse than that, they have pledged millions of dollars to develop a bioenergy industry both here and via exports. The only current fuel source of scale for bioenergy is native forests. The burning of wood for electricity is a major international perversion of greenhouse gas accounting rules, that sees it counted as a no emission energy, when in reality it produces more carbon dioxide than coal for the same amount of energy produced, as well as removing the trees needed to absorb the carbon released,” she said. 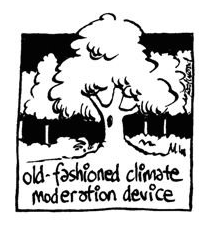 “We know the NSW Government is full steam ahead with a logging regime that will see hundreds of thousands of tonnes of trees from our forests, available for export. We know that Boral and Forestry Corporation of NSW along with other State government logging agencies went to Japan offering our forests to meet Japan's growing bioenergy demand.

“Now we have the Federal Labor party pledging to throw money at an industry that will devastate our forests, dry out our catchments, push our native wildlife closer to extinction and increase our carbon emissions while removing the very trees we need to take up the carbon we release.

“To say we are disappointed with Labor's backflip over burning native forests for electricity is an understatement. We're devastated. We thought Labor really understood the climate change issue, but they've completely missed the elephant in the room.

“We will be withdrawing our ads from circulation that suggest Labor will do something about forest destruction. All they've got on offer is a Forestry Summit and a Forestry Industry Strategy. There's nothing there for those of us who see forests as more than wood,” Ms Russell said