The North East Forest Alliance considers that the Koala Strategy has failed Koalas as its identification of priority Koala Reserves on State Forests are a sham.

Koala populations on the North Coast have collapsed by 50% in the past 20 years and this strategy will do little to redress that decline, said NEFA spokesperson Dailan Pugh.

"If the objective is to stabilise and then increase koala numbers over the longer-term the highest priority has to be to identify and protect the remaining core habitat for Koalas on publicly owned State Forests from further degradation.

"For example, while it is good to see the 3,000 ha Mount Lindesay State Forest made into a reserve, with 67% of this State Forest affected by Bell Miner Associate Dieback, only 8% identified by 2017 DPI mapping as high quality Koala habitat and 10 records of Koalas in the past 17 years, it is a poor choice as a high priority Koala Reserve.

"Given Mt Lindesay's extreme and ongoing degradation it is not an appropriate or safe area to release Koalas into. 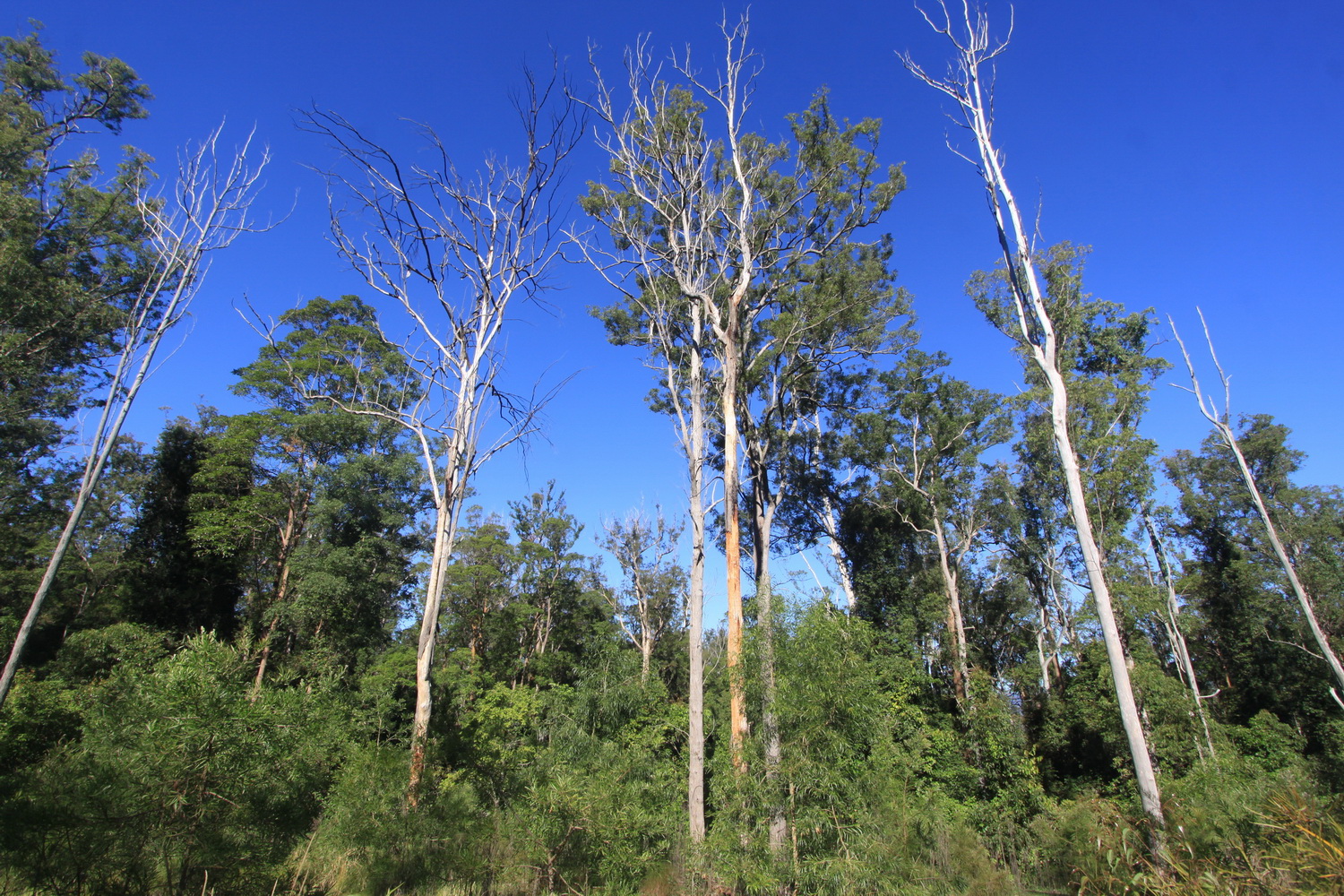 Photo:Dailan Pugh  Forests of Mt Lindesay, severely affected by Bell-Miner Associate Dieback (BMAD). For more on Bell-miner Associated Dieback, see our report Killing our Forests with their Songs. Also an earlier report For Whom the Bell Miners Toll.

"It seems that the Forestry Corporation have been allowed to chose a forest they want to get rid of because they have severely degraded it's timber and habitat values. There are far higher priorities for Koalas on State Forests.

"For example Royal Camp and Carwong State Forests near Casino, proposed by NEFA in 2013 as the 2,100 ha Sandy Creek National Park, have repeatedly been confirmed in studies to contain extensive inhabited Koala habitat, with over 240 Koala records in the past 17 years, and only a small area of Bell Miner Associated Dieback.

"Premier Gladys Berejiklian needs to explain why for the far north coast Mount Lindesay was selected as a higher priority for Koalas than the proposed Sandy Creek National Park.

"Until the Government releases the details of the proposed Koala Reserves we can't be sure what specific areas they are proposing to reserve, though from the Mount Lindesay example we expect that the Forestry Corporation has simply been allowed to chose which forests they want to get rid of with no criteria or methodology applied to identify the highest priority Koala areas for protection.

"We challenge Premier Berejiklian to release details of the proposed Koala Reserves and the methodology and criteria that were applied to identify the priority areas for Koalas on State Forests.

"We expect there weren't any objective criteria and believe that Premier Berejiklian's priority Koala Reserves are a sham" Mr Pugh said.

Mount Lindesay State Forest is 3,000 ha, of which some 2,000 hectares is affected by Bell Miner Associated Dieback. Of this area, 234ha (8%) is classed by 2017 DPI mapping as high and very high quality Koala habitat.  Since 2000 there have been 4 observations of Koalas, 3 records of Koala scats and 3 records of calls in the whole of Mount Lindesay SF