Invited, then ordered out!

The North East Forest Alliance is outraged at being told to leave a forest inspection requested by the Environment Protection Authority, after being gatecrashed by the Forestry Corporation.

NEFA auditor Dailan Pugh said he was invited to Gibberagee State Forest by the Environment Protection Authority on Friday so that he could show them logging into what were meant to be exclusion zones around the nationally Endangered Narrow-leaved Melichrus, which only occurs at Gibberagee, and then was directed to leave by the Forestry Corporation without being allowed to show the EPA anything. 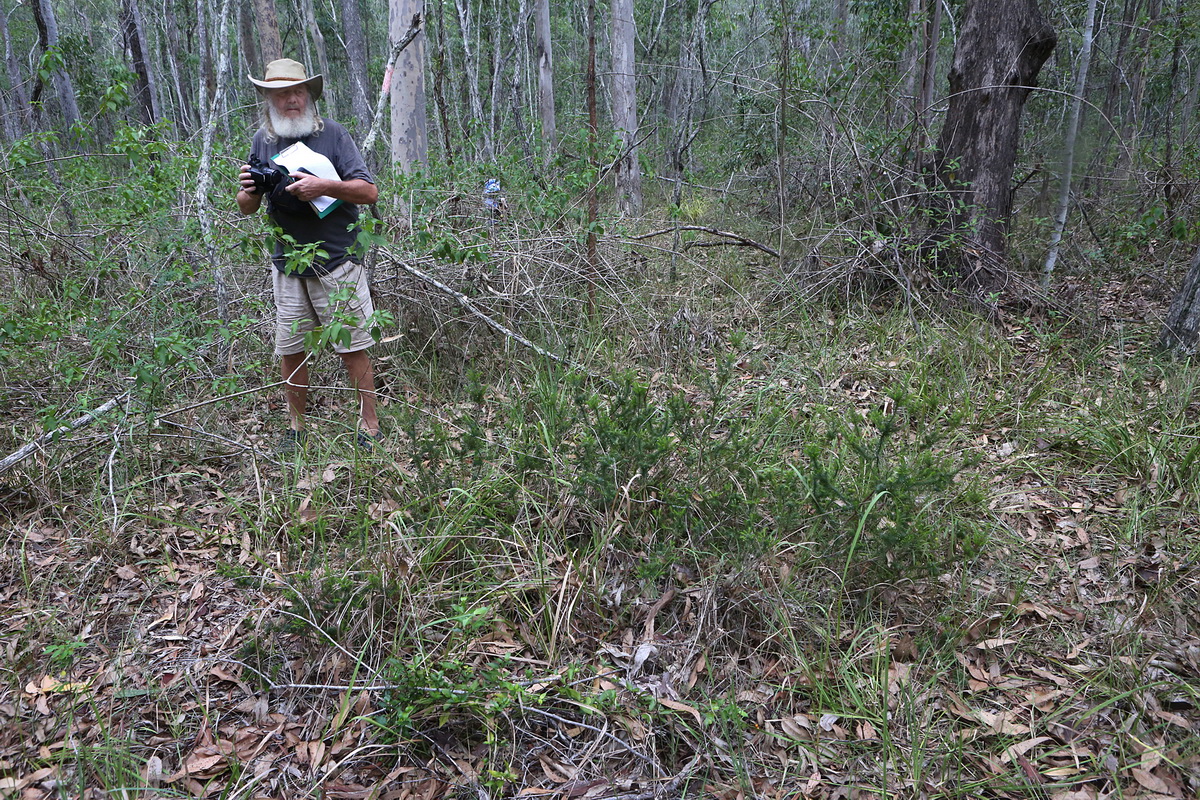 "A month ago I sent the EPA a complaint after identifying that the Forestry Corporation were refusing to identify the legally required buffers around the Endangered plant Narrow-leaf Melichrus, recklessly damaging hollow-bearing and recruitment trees, and logging "unmapped" streams in the immediate catchment of the regionally significant seagrass beds of The Broadwater

"Bryce Gorham of the EPA invited me to come out to the forest last Friday "to accurately identify (on ground identification) of the alleged breach of intrusion into a Melichrus sp.Giberagee exclusion zone". I expected that the EPA would only invite me if they had the authority to do so.

"The EPA were late, so while waiting I looked around, finding two more places where logging had extended into what were meant to be 50m exclusion zones around Narrow-leaf Melichrus, in one case by 22m.

"When the EPA belatedly arrived they had a Forestry Corporation employee, Jamie Churchill, with them. He told me to leave the forest on the grounds of occupational health and safety. I insisted that I had been invited into the forest by the EPA and that, in the area where we were, logging had finished some 3 months ago so we were not interfering with an active operation and there were no safety issues.

"After driving 2 hours to get there I was forced to leave without being allowed to show the EPA anything. The EPA should never have invited me if they don't have the authority to stand up to Forestry Corporation bullying.

"Given that I located more breaches so quickly I have no doubt that there are many more to be found. The reason I was asked to leave had nothing to do with health and safety, the Forestry Corporation did not want me showing the EPA breaches I had found, let alone finding more" Mr. Pugh said.

"While the logging of unmapped streams (about half of all headwater streams) is legally permitted because the Forestry Corporation is allowed to "switch-off" their Environmental Protection Licence, I asked Fisheries NSW to intervene over a month ago because of the danger of sediments from the logging smothering the regionally significant seagrass beds 7km downstream in The Broadwater. Nothing has been done.

"Logging of stream banks should never have been allowed in the headwaters of The Broadwater, to do so is environmental vandalism, the buffers should have been doubled in such a significant area, not removed" Mr. Pugh added.

Narrow-leaf Melichrus is a small shrub, about 1 m tall. It is identified that it is only known from a single population in compartment 118, Gibberagee State Forest, and adjacent private property, about 40 km south of Casino. The entire population occurs over an area of around 1 km².

In 1995 community groups and NEFA held blockades in the then Nullum and Wollumbin State Forests to stop logging destroying endangered plants. The Minister for Forests agreed to undertaking pre-logging surveys which started in 1996 and quickly proved their worth with the discovery of the new species Melichrus sp. gibberagee in Gibberagee SF in 1997.

State Forests NSW (as they were then known) identified an exclusion zone, included it in a draft harvesting plan, and this was approved by the then Regulatory and Public Interest Committee (RaPIC) subject to the condition "No new roads/dumps be constructed or reopened within interim exclusion zones for new plant species". State Forests then bulldozed a road through their exclusion zone eliminating 23 Narrow-leaf Melichrus and damaging 7 in the process. They blamed the contractor and he blamed them. They got away with it.

Narrow-leaf Melichrus is now listed as Endangered by both NSW and Commonwealth governments, and requires 50m exclusion zones.