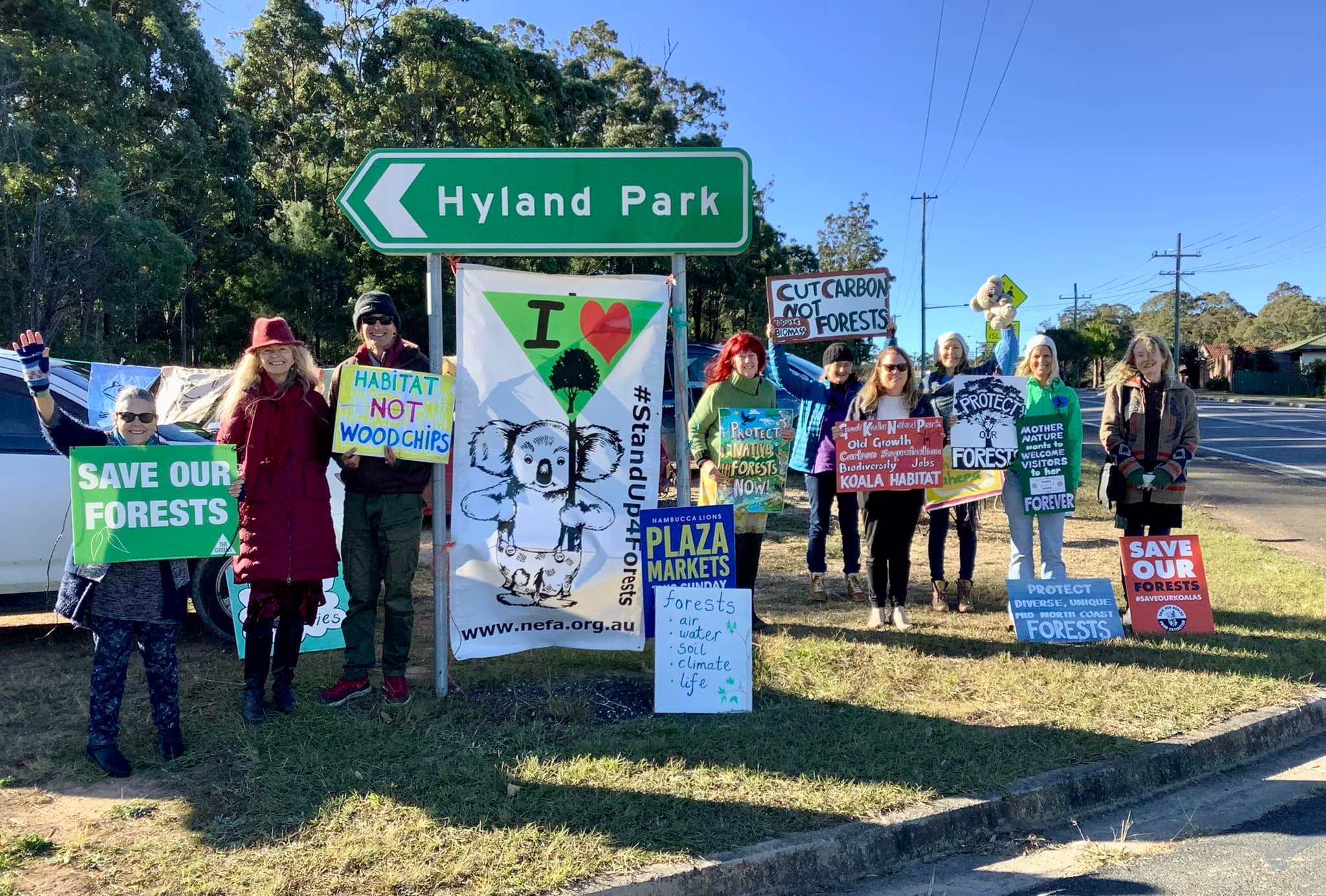 "Each Friday, since early June 2020, members of Forest Ecology Alliance (FEA) have gathered on this corner in Hyland Park. The idea was first suggested by Susan Jenvey. Georgette Allen soon got to work to spread the word in our community. It was originally called Friday Fitness for Forests as we did yoga near our Forest banners.
We soon shortened the name to Fridays for Forests. We also gathered roadside for Wednesday for Wirrimbi (a forest in Nambucca State Forest).
Many thanks to all those who have regularly attended our Friday morning vigil. We vary what we do each week, but mostly we stand with our signs and wave to passers by. One day last year we recorded and tallied how many locals beep their horn or wave in support and were surprised to realise there were 377 Forest supporters in ONE hour. We love to wave to regulars, who occasionally stop to chat about current Forest actions, eg the Pre-School bus loaded with children, high school students walking on their way to school, car pools on their way to work.
We are pleased that NEFA have launched their Friday for Forests campaign. We hope that many others join in the movement each week to help spread the word about forest protection in their own communities.
All members of our community are welcome to join us on the corner from 8.30am to 9.30am - and for a morning tea chat afterwards. This week we were so honoured that Catherine Jones and Cath Eaglesham, dedicated forest protectors from BEC, brought their fabulous new sign with them."
(From Facebook Post on Fridays4Forests Group)
Meanwhile in Broome... 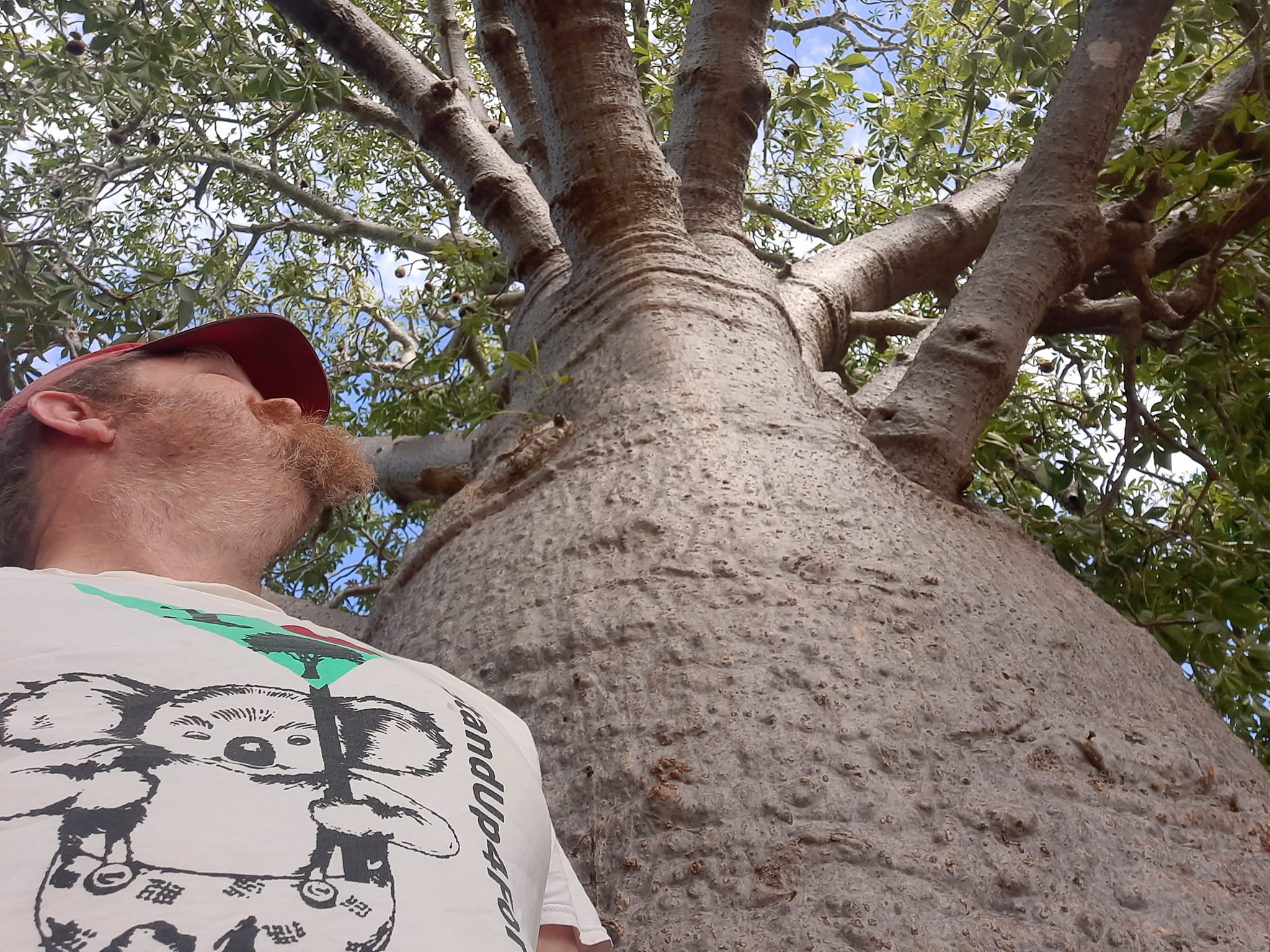 Sean was a long way from home but still thinking about our threatened forests found a local to commune with. He says;
"Two fat bastards #StandUp4Forests

These boab trees around Broome Courthouse are not the biggest or oldest specimens but they are still pretty impressive and very slimming to stand next to.
Wherever you are celebrate #Fridays4Forests with me every Friday 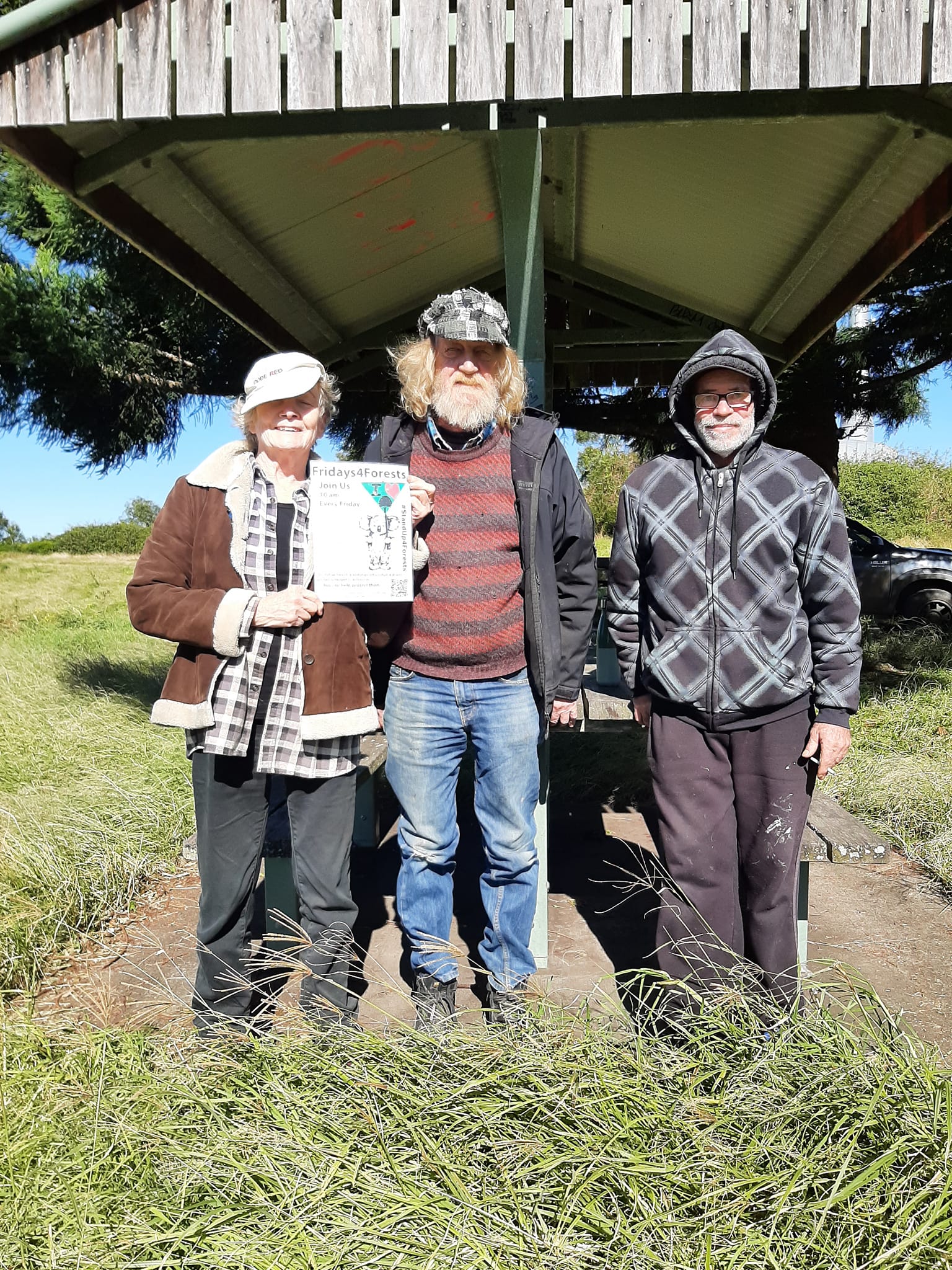 A walk into Cherry Tree today. This video full of the worrying sound of bell miners on the top road in, where I've never heard them before. There is so much lantana invading this precious Forest inviting bell miners spelling the dieback death toll for endangered species habitat. #northeastforestalliancenefa