Forestry belatedly fined $16,500 for clearing and logging the exclusion zone of Endangered plant in Gibberagee

The Environment Protection Authority (EPA) has fined the Forestry Corporation $16,500 for clearing and logging within an exclusion zone for the nationally Endangered Narrow-leaf Melichrus in Gibberagee State Forest (east of Whiporie) in September 2017, though refuse to acknowledge that it was as a consequence of a NEFA complaint. 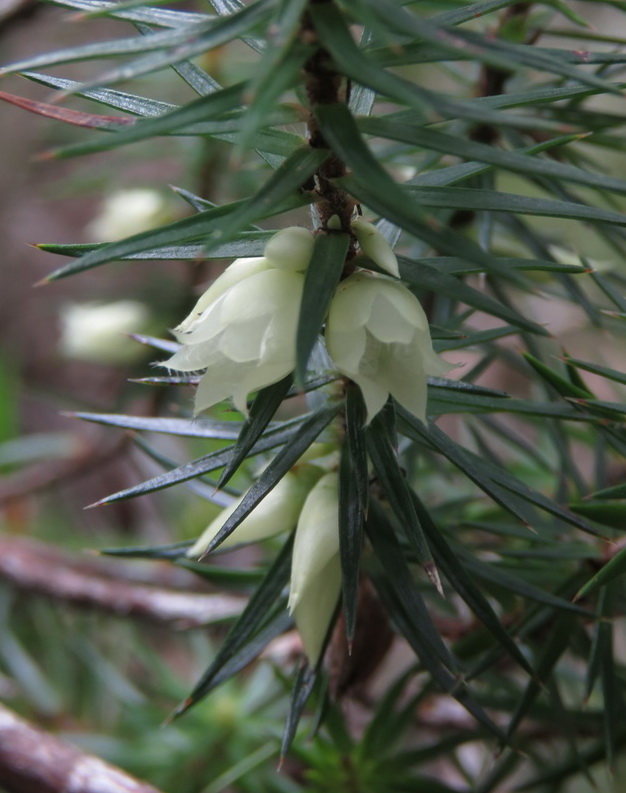 The Narrow-leaf Melichrus is named Melichrus sp. gibberagee as it is yet to be formally described. This species was discovered during pre-logging surveys brokered with the Minister for Forests by NEFA in 1997. It is only known from a single population in Gibberagee State Forest, and on adjacent private property. It is now listed as Endangered by both NSW and Commonwealth Governments.

NEFA informed the EPA of the clearing and roading of some1,600m2 in the exclusion zone of Narrow-leaf Melichrus, along with a number of other breaches, at a meeting and in a written report on 4 October 2017, said NEFA spokesperson Dailan Pugh.

"On Wednesday (10 April 2019), eighteen months later, the EPA responded to our complaint informing us that they issued the Forestry Corporation with a formal warning for breaches of habitat tree retention requirements, though they made no mention of the intrusion into the Melichrus exclusion zone.

"It is only because we queried them about this omission that they told us that they had fined the Forestry Corporation $16,500 for the Melichrus breach a week ago.

"NEFA are incredulous that the EPA refused to acknowledge NEFA's complaint regarding this breach or mention the fine in their response. They are intent on denying it had anything to do with our complaint.

"In the same logging area NEFA had previously on 8 February and 29 March 2017 reported to the EPA a total of eight cases of illegal roading within Melichrus buffers, often within a few metres of the plants, and 6 cases of logging operations extending up to 22m within what should have been 50m exclusion zones.

"It wasn't until January 2019 that the EPA responded to those complaints, issuing 2 official cautions for not marking the Melichrus exclusion zones, and roading and logging within them. They also issued 2 warning letters in response to our complaints of failing to protect appropriate habitat trees and 23 instances of recklessly damaging them.

"The issuing of only a single fine for multiple breaches that continued to occur for 7 months after they were first identified is outrageous. They should have been fined for each breach in a timely manner, then maybe they would have stopped earlier", said Mr. Pugh. 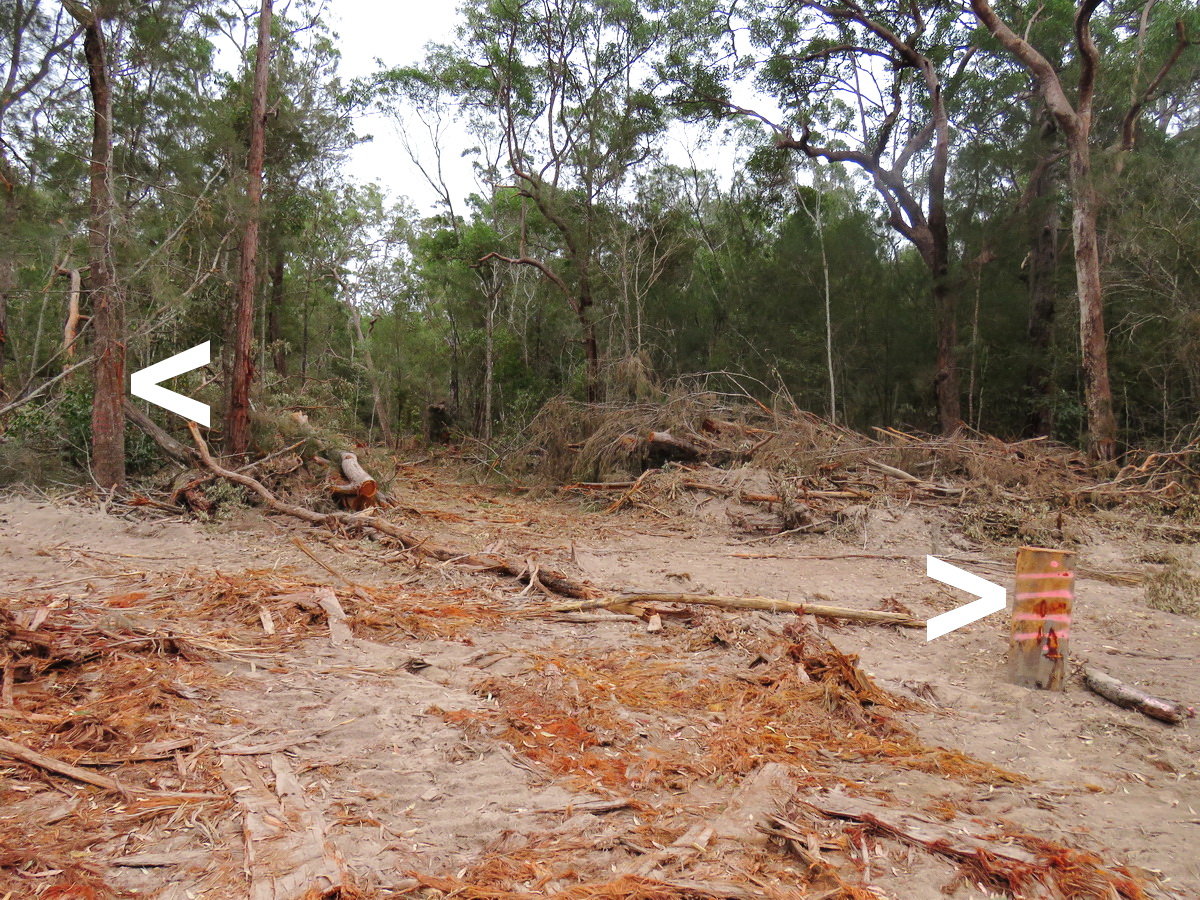 The clearing and roading of the exclusion zone of the endangered Melichrus as provided by NEFA to the EPA on 4 October 2017, arrows show boundary.