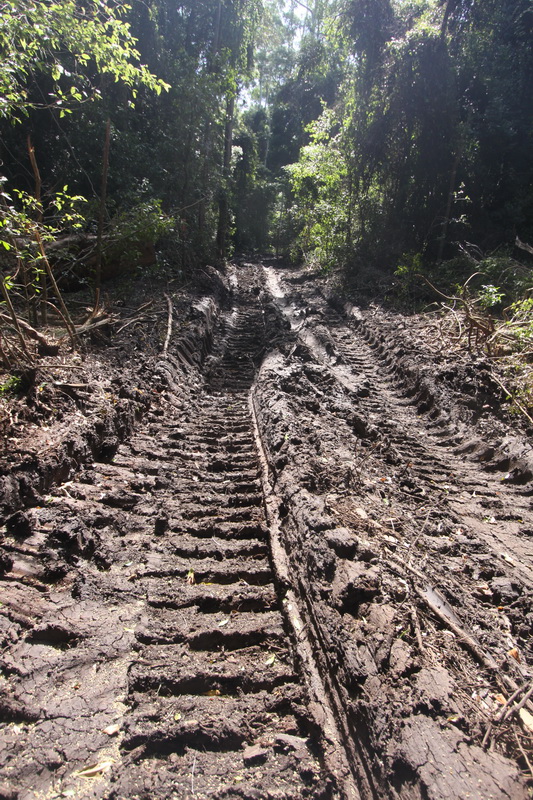 Roads built illegally through endangered rainforest and plants vulnerable to extinction, multiple failures to find and protect feed trees for Koala and Yellow-bellied Gliders before logging, and thousands of breaches of the rules for retaining and protecting fauna habitat trees, have been identified by the North East Forest Alliance (NEFA) in a new report on site inspections in Cherry Tree State Forest* following recent logging operations by the NSW Forestry Corporation.

“That most of these breaches happened after NEFA alerted the Environment Minister to obvious problems in March, and despite the Environment Protection Authority (EPA) Forestry Unit undertaking a number of site inspections, is profoundly disappointing”, NEFA spokesperson Dailan Pugh said today.

"The Minister for Environment, Mark Speakman, issued approvals for this logging and his agency, the Forestry Unit of the EPA , was supposed to be responsible for enforcing Forestry Corporation’s and the logging industry’s compliance with his approval. Except they did not do so”, he said.

"While the EPA’s Forestry Unit watched, the Forestry Corporation continued to rampage through the forest causing widespread damage to the surviving trees, logging trees they were required to retain, building roads into, and logging, endangered Lowland Rainforest, failing to look for and protect key habitat of threatened animals, and initiating erosion, while spreading lantana and forest dieback.

“The EPA Forestry Unit approved roads through an Endangered Ecological Community - a stand of Lowland Rainforest – in an area that we believe was fraudulently misrepresented by the Forestry Corporation as eucalypt forest. Had EPA’s Forestry Unit done its due diligence they would not have approved a blatantly illegal road,” Mr Pugh said.

NEFA's audit of Cherry Tree SF found a shortfall of 2,000 (44%) habitat trees which should have been retained, and 1,600 breaches of the rules for protecting the trees that were retained, and noted these were not isolated instances, but more examples of breaches that have been going on for decades.

“That Minister Speakman and EPA Forestry Unit did not stop the Forestry Corporation’s flouting of legal requirements to retain and protect hollow-bearing and recruitment habitat trees -  despite our highlighting the serial abuses occurring – is unacceptable”, he said.

"The loss of tree-hollows needed as homes by many native species, such as possums, gliders, owls, cockatoos and parrots, is an unfolding ecological disaster. Meanwhile the EPA Forestry Unit and Forestry Corporation are ignoring the Key Threatening Processes of lantana invasion and Bell Miner Associated Dieback, even though these impacts are spreading through the forests,” he said.

“The NSW Environment Minister must not continue to ignore these flagrant, intentional breaches of his logging approval and their serious harm to the environment. Since he, not the EPA, has the power to require compliance with Ecologically Sustainable Forest Management conditions, Minister Speakman must intervene and force the loggers to comply with law, or halt the logging completely, Mr. Pugh said.