ENVIRONMENT MINISTER MUST BE HELD RESPONSIBLE FOR ILLEGAL LOGGING 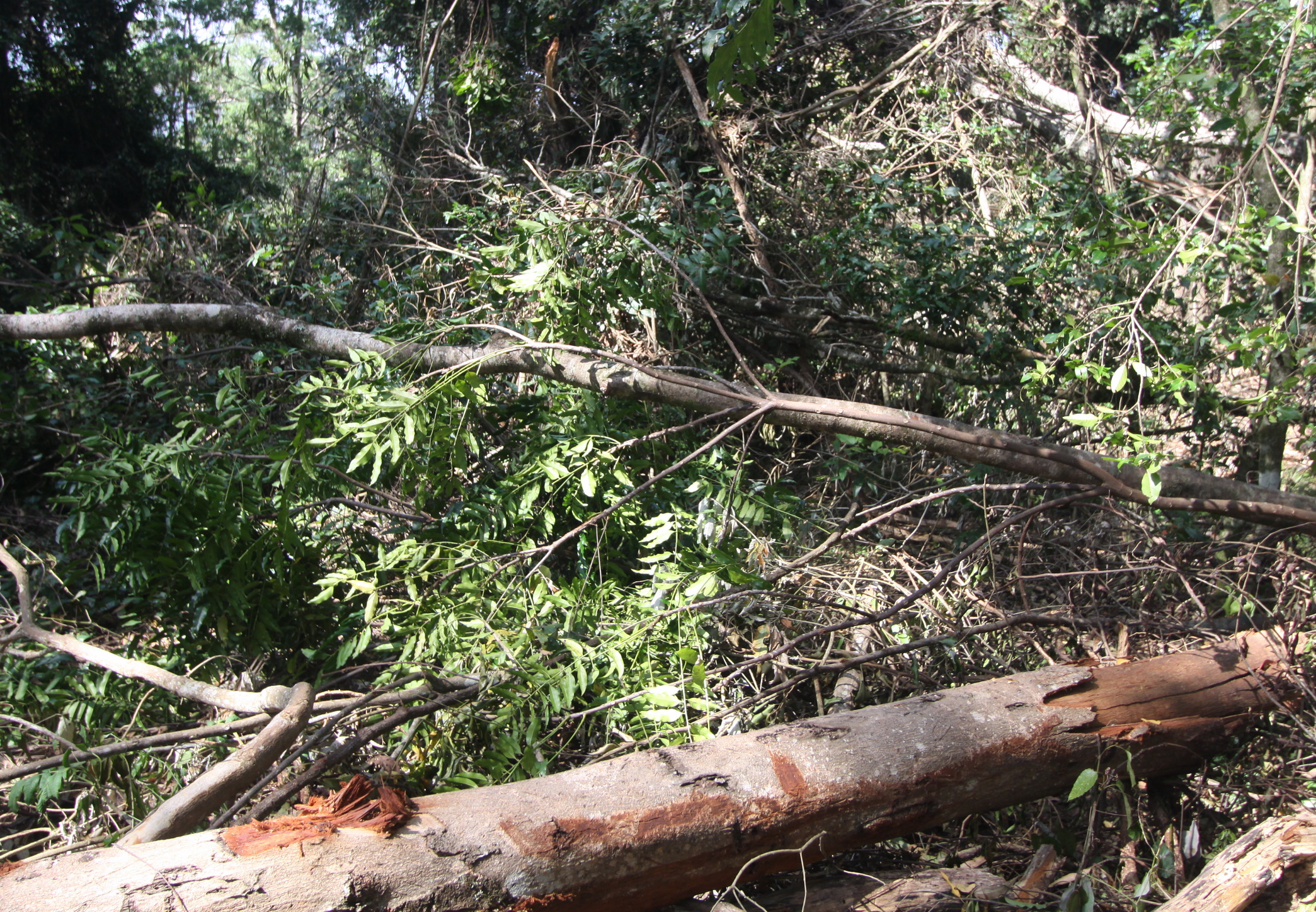 The NSW Environment Minister Mark Speakman must accept responsibility and intervene to force the Environment Protection Authority (EPA) to do their job, after yet another failure by the EPA to properly investigate breaches of logging conditions by the Forestry Corporation.

"Since March last year NEFA have repeatedly brought the illegal logging occurring in Cherry Tree State Forest to the attention of both the EPA and the Minister for the Environment in the vain hope that they would intervene to stop it.

"On a preliminary visit on the 9 March 2015 NEFA identified that the Forestry Corporation had bulldozed a road through what were meant to be 20m buffers around 8 vulnerable Onion Cedars, seriously damaging 4 in the process. At that time we did not attempt to comprehensively identify the affected trees.

"When NEFA learnt that the EPA had failed to identify any more Onion Cedars, we returned and identified a total of 26 affected Onion Cedars, and that the road had been illegally constructed through the Endangered Ecological Community Lowland Rainforest.

"NEFA provided the Minister and the EPA with locations for all the plants and a botanist's assessment of the Lowland Rainforest on 14 December 2015.

"NEFA were thus disgusted to find this week that the EPA only considered our initial complaint when they found the Forestry Corporation guilty of "picking" 8 Onion Cedars and failing to search for them ahead of roading.

"It is bad enough that the EPA only issued fines of $1,000 for the 2 Onion Cedars they identified as being within the mapped rainforest, but it is totally outrageous that the EPA ignored the other 18 Onion Cedars we reported to them and the fact that the road that caused the damage was illegally bulldozed through an Endangered Ecological Community.

"It is telling that both the EPA and the Forestry Corporation are unable or unwilling to identify threatened plants or endangered ecosystems for themselves.

"NEFA have brought numerous failures by the EPA to do their duty in a professional and competent manner to the attention of the Environment Minister, Mark Speakman, including this fiasco, but he has so far failed to bring the EPA to account.

"The Forestry Corporation are allowed to go on pillaging public forests and destroying the homes of threatened species while the EPA turn a blind eye and their Minister does nothing. The Minister must be held responsible.

"NEFA have documented literally thousands of other breaches of legal requirements in Cherry Tree State Forest that the EPA are yet to do anything about. It is evident that we are wasting our time trying to hold the Forestry Corporation to account while the Minister for the Environment fails to make the EPA do their job" Mr. Pugh said.

The EPA found 8 threatened Onion Cedar had been "picked", with 2 Penalty Notices @ $1,000 ea issued for breaches of sec 118(A)2 of the National Parks and Wildlife Act (ie picking threatened plants). The Forestry Corporation were also issued an Official Caution for failing to have an adequately trained person search for threatened plants and identify exclusion zones (breaches of TSL 5.1h, 5.2.1a, 5.2.1b,5.4(e)(ii)), and a corrective action request for causing excessive soil disturbance by using their road through rainforest during wet weather. The EPA only dealt with 5 of NEFA's March 2015 complaints, totalling ignoring 19 complaints relating to unmapped rainforest, habitat trees (retention, selection and damage), Bell Miner Associated Dieback, visual protection, and road drainage and rutting outside IFOA rainforest.

Onion Cedar has been severely depleted because it was heavily logged in the early days and sold as Red Cedar after being soaked in water to remove the onion scent. It was the only tree occuring in the logging area that the Forestry Corporation were required to look for and protect with a 20m buffer zone. The Forestry Corporation constructed their road through a grove of 26 young Onion Cedars, 19 of which were in the EEC Lowland Rainforest. Attached photos are of two of the affected Onion Cedar (readily distinguished by their large compound leaves), one with its top knocked out and debris pushed around it, one pushed over amongst debris from the roading.