The North East Forest Alliance is calling on Environment Minister Rob Stokes to immediately stop logging of Cherry Tree State Forest on the Richmond Range following an inspection of the area on the weekend.

he call comes after a Sunday visit found 8 threatened plants that had been illegally damaged and that the Forestry Corporation are not identifying core Koala habitat.

““The Onion Cedar is a rare plant, listed as vulnerable to extinction under the Threatened Species Act. The Forestry Corporation are required to search for and protect it with 20m buffers.. We found eight (8) individuals were within 3 metres of a new road constructed through what is supposed to be protected rainforest, with four physically damaged and one bulldozed out of the ground. We expect that others were cleared for the road”, Mr Pugh said.

“The Environment Protection Authority must prosecute the Forestry Corporation for this flagrant breach of the Threatened Species Licence. For too long the EPA has turned a blind eye to the need to protect our threatened plants.

“Koalas are present, and there are numerous feed trees, but searching for them over large areas is extremely difficult because of the dense lantana from previous logging. The Forestry Corporation are legally required to search for koala scats and identify Koala high use areas, but claim that they are unable to do so because of the lantana.

“The Minister must stop the logging until independent assessments are undertaken to identify core Koala habitat and other localities of threatened plants, in order to give the Koalas and Onion Cedars the legal protection required”, Mr. Pugh said.

Chairman of the Bell Miner Associated Dieback Working Group, Jim Morrison, said he was alarmed to see dieback in the forest, with Bell Miners already moving into logged areas.

“Dieback is spreading at an alarming rate through the region’s forests, and is being aggravated by logging opening up the canopy and promoting lantana. Existing dieback areas need to mapped and excluded from logging, and the spread of logging dieback urgently stopped” Mr. Morrison said. 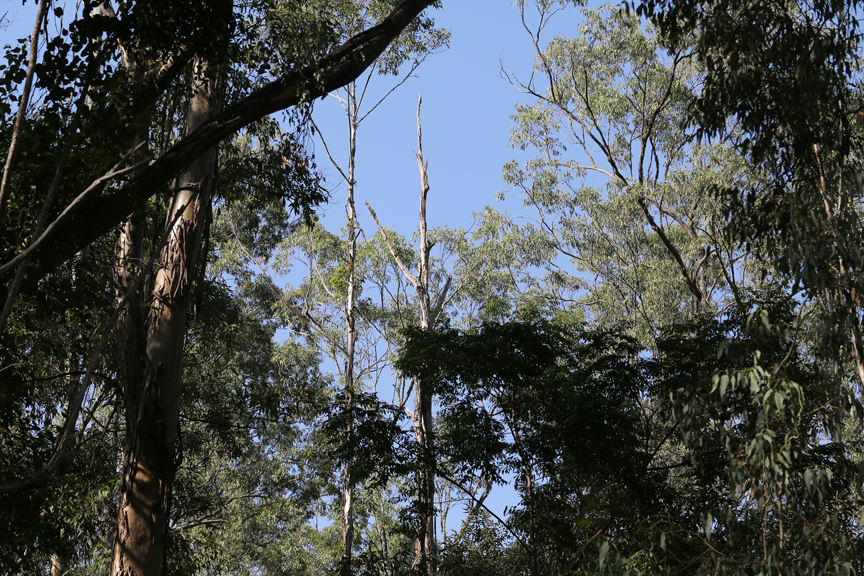