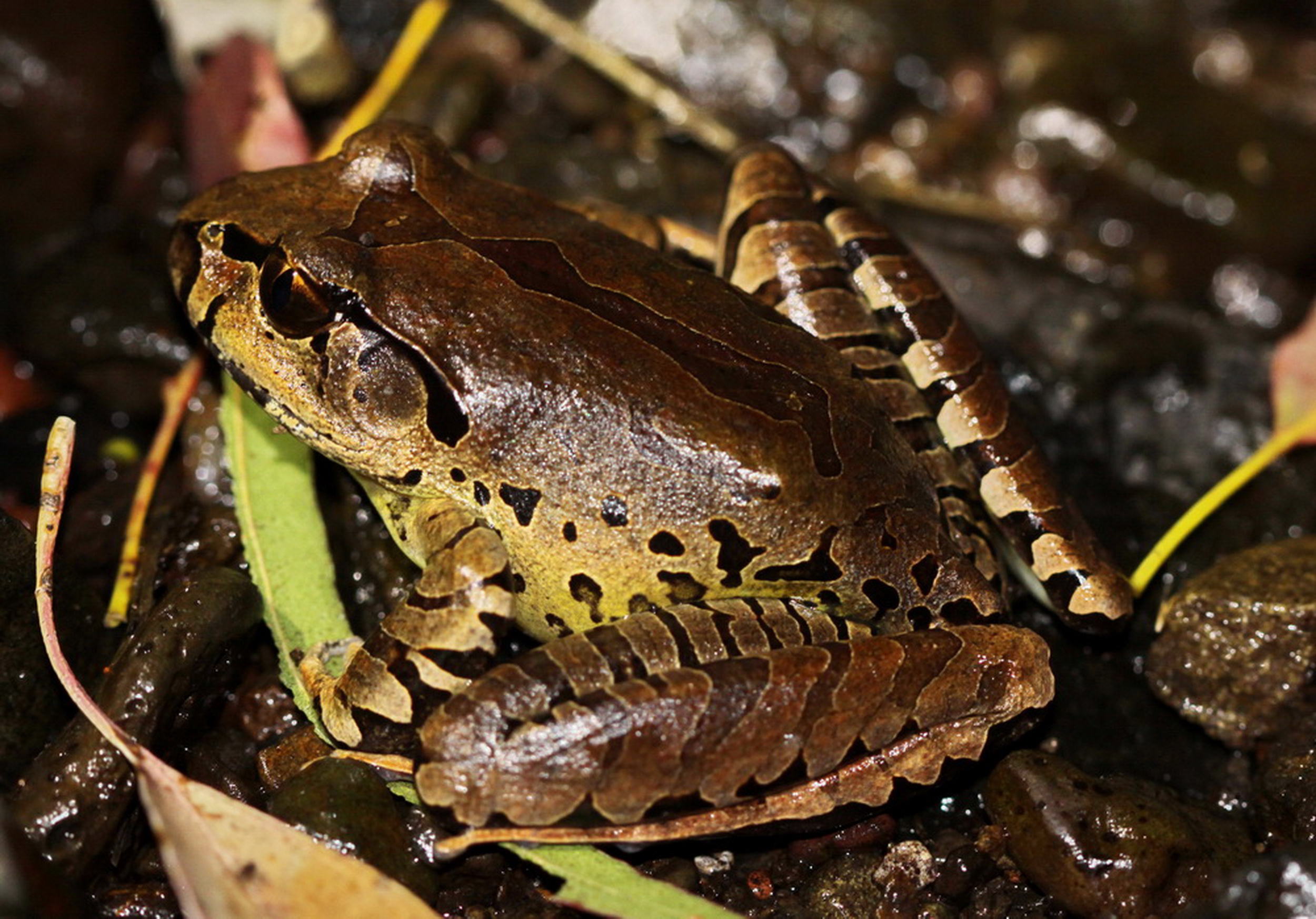 The North East Forest Alliance is calling on the NSW Environment Minister to intervene to stop the Environment Protection Authority (EPA) changing the logging rules on public land to open up over 15,000 hectares of protected stream buffers and exclusion areas for threatened animals in the Clarence and Richmond River valleys for logging.

(image is Fleay's Barred Frog, one of the threatened species that will be affected)

NEFA spokesperson, Dailan Pugh, said that NEFA are calling on the Environment Minister, Mark Speakman, to intervene by stopping the proposed changes to honour his promise that there will be no erosion of environmental values with the new logging rules.

"It is shocking that the EPA and Forestry Corporation are proposing to cut already inadequate buffers around over 7,000 kilometers of vital headwater streams in the Clarence and Richmond valleys from 10 metres down to 5 metres.

"Our rivers are already very sick, we need to restore their health, not make them worse.

"The Clarence and Richmond are the lifeblood of the Northern Rivers, we store their waters for drinking, eat fish, prawns and shellfish obtained from them, recreate within them, and water our livestock and crops with their waters.

"The protection and rehabilitation of stream buffers is the single most important thing we can do to restore the health of our rivers. The EPA's intent to slash buffers for our river's vital headwaters is sheer environmental lunacy. They should be tripling them, not halving them.

"The EPA and Forestry Corporation are also intending to remove the need to look for, and establish exclusion zones around, our most vulnerable threatened fauna, including our precious Koalas. This will mean that the most important habitat, such as for Koalas at Royal Camp State Forest, will be opened up for logging.

"What are being lost are the most important buffers around our stream heads, where our rivers are most vulnerable, and core habitat around locations of our most vulnerable animals.

"These are desperate measures for a Forestry Corporation fast running out of large trees to log.

"In relation to the new logging rules the NSW Environment Minister, Mark Speakman, promised NEFA last July that "he was determined to pursue" the commitment that "any changes will not erode environmental values".

"We told him that we didn't believe that the EPA's new rules met his promise, now we have provided him with the proof. He must intervene to stop the so-called Environment Protection Authority from proceeding with their anti-environment agenda" Mr. Pugh said.