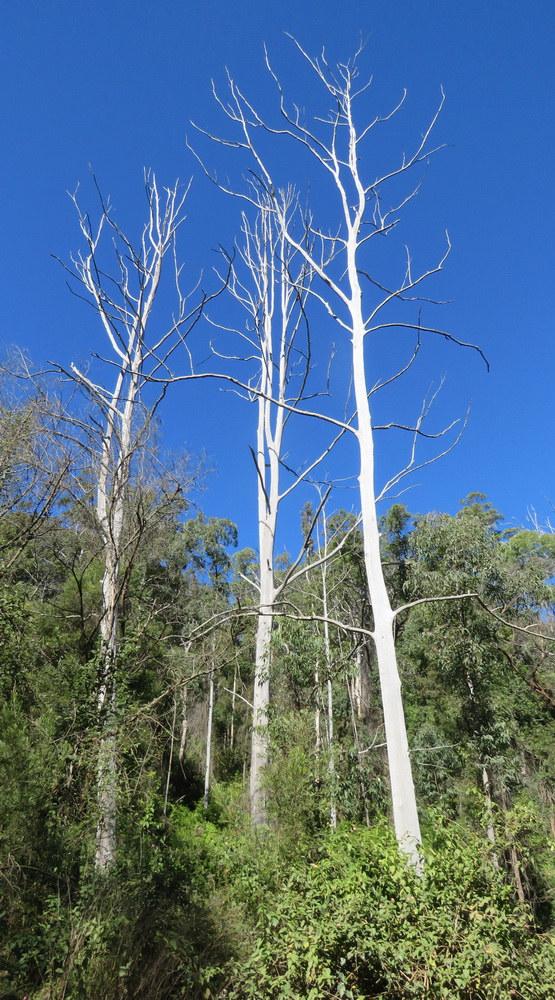 When I moved to live in the upper Clarence River valley in the early 1980’s I quickly learnt that the tinkling of Bell Miners (Bell Birds) was a harbinger of death, of understories infested with lantana and overtopped by sick and dead eucalypts.

The problem was that logging was opening up the canopy and disturbing the soil, and lantana was thriving. So too were Bell Miners, they took advantage of the dense understorey for nesting and the open overstorey to mob and chase away most other native species. With few predators, populations of tiny psyllids that feed on eucalypt leaves exploded, and literally sucked the life out of the eucalypts.

For 40 years I have watched and protested as the Forestry Corporation have recklessly spread lantana and dieback across the landscape, refusing to accept that they are the cause. It is now called Bell Miner Associated Dieback and there are well over 100,000 ha of BMAD in north east NSW, and its rapidly worsening.

While it is self evident to all concerned that the problem resides in the opening of the overstorey and the proliferation of lantana and Bell Miners, the NSW agencies argue that we can’t prove that logging is a cause.

All our attempts to get studies to resolve this have been misdirected and subverted, the Government will not allow the key question to be addressed: does logging cause and aggravate BMAD? (of course it does).

Aptly on April the first the Natural Resources Commission (NRC) launched what they describe as “the nation’s first plan to monitor NSW’s Regional Forest Agreements”.

The NRC has announced that $1.2 million will be spent on research to tackle the causes of eucalypt dieback, funding 5 research projects on various forms of dieback.

BMAD will be the focus of one of these, though rather than assessing the effects of logging they will assess how soil factors affect BMAD.

This case illustrates that their claims of RFA monitoring is just another rort of the concept of adaptive management, intended to allow logging to go on unconstrained while they look at anything other than the impacts of logging and how to meaningfully improve the efficacy of their pretend mitigation measures.