The Busbys Flat fire south of Casino has burnt through one of the most important Koala colonies on the north-coast in Braemar, Carwong and Royal Camp State Forests, according to the North East Forest Alliance. 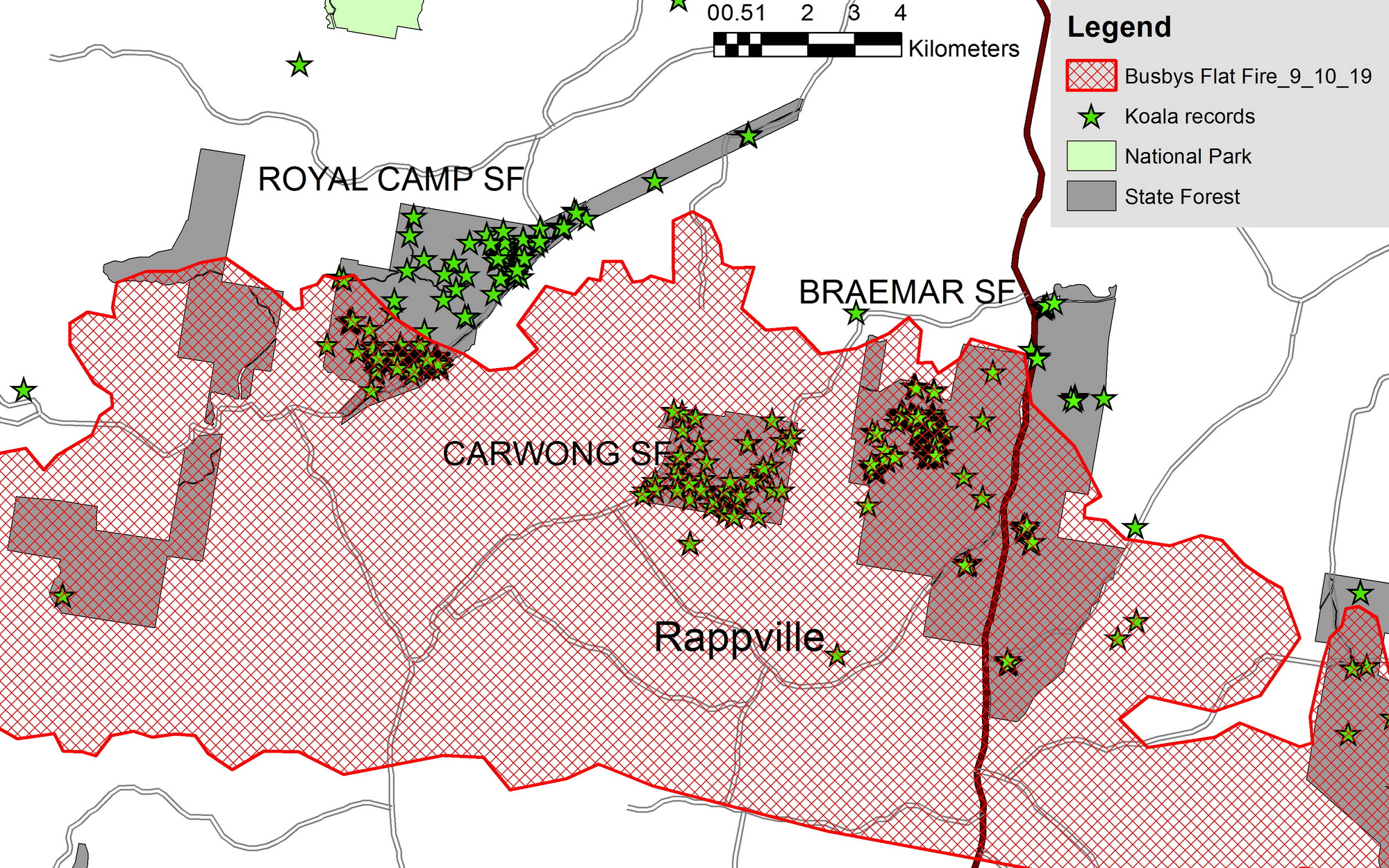 NEFA estimate that some 350-700 Koalas inhabit these State Forests, with many likely to have been directly affected by fire and smoke, and many more affected by the loss of browse, according to NEFA spokesperson Dailan Pugh.

"The most urgent need is for a search and rescue operation for fire affected Koalas.

"Koalas were already suffering from the drought, and are now likely to have been significantly impacted by these fires. It will take years for Koalas to recover.

"NEFA calls upon the NSW Government to abandon its imminent plans to log some of the best Koala habitat in Braemar State Forest. The resident Koalas are likely to have been severely affected by the fire, and suitable browse will be in short supply for months to come, the last thing they need is for the Forestry Corporation to log their surviving feed trees.

"The Environment Protection Authority undertook systematic Koala surveys in Royal Camp and Carwong State Forests in 2015, surely the first step needs to be to reassess those areas to identify how this population has been affected.

"NEFA has also amassed abundant data on Braemar's Koalas to contribute to any post-fire review.

"The danger is that if the Forestry Corporation blunders in there now it could be the death knell of this nationally significant Koala population", Mr. Pugh said.