From August 2019 until January 2020 a series of wildfires burnt through 2.4 million hectares of north-east New South Wales (north from the Hunter River), encompassing 29% of the region and around half the remnant native vegetation. Due to the drought the fires were unprecedented in their extent and the intensity with which the wet forest refugia burnt. 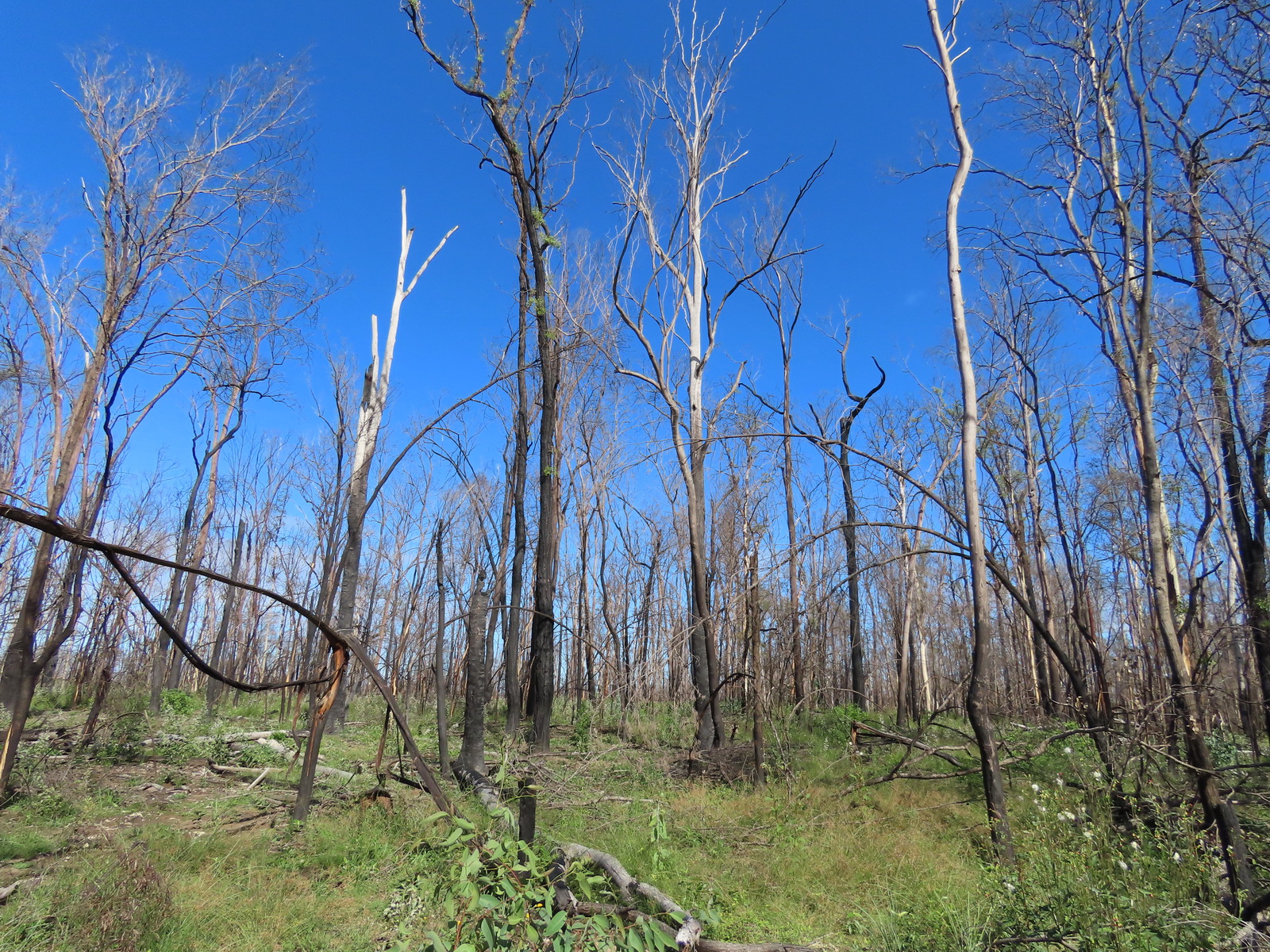 It is scary that over a third of our rainforests (some 160,000 ha) burnt, with over a quarter suffering significant loss of canopy trees. They are Gondwanan survivors from the extinction of the dinosaurs, multiple ice ages and the onslaught of European settlers, and yet still support half our biodiversity.  Most of the burnt rainforest will regenerate, though will be more vulnerable to elimination in the next fire.

The survival of our rainforests is now threatened by climate heating.

The latest contribution to understanding the consequences of the fires is the Forestry Corporation report ‘2019–20 Wildfires, NSW Coastal Hardwood Forests Sustainable Yield Review’.  Some 55% of State Forests burnt, though this assessment is limited to the loggable area, a third of which was subject to a hot or canopy fire. Forests north from Coffs Harbour and around Walcha were the worst affected.

In confirmation that logging increases flammability, those stands logged in the previous four years were assumed to have 90 per cent of trees immediately killed, with mortality increasing to 100% in those stands subjected to “integrated” logging at any time.

You may think that the average loss across all State Forests of 10% of sawlogs and 25% of future sawlogs would have a significant impact on timber yields, but such is the magic of Forestry Corporation’s yield modelling that they predict only a 4% reduction in sawlogs for the next decade and an overall drop of just 1% over the next century.

Most concerning, it appears the NSW Government intends to rely upon this simplistic review to sign new Wood Supply Agreements to replace the current 20 year agreements due to expire in 2023.

The revelation that the Forestry Corporation did not bother remeasuring any of their 1,616 yield plots (89%) within the burnt forests (because of safety concerns) to obtain real data on fire impacts is extremely worrying. Instead they are using subjective observations and data from 17 plots sampling a total of 0.85 ha of forests near Eden to quantify the tree losses across 424,200 ha of the very different north coast forests.

This doesn’t have a shred of scientific credibility, yet their intent is to lock in timber commitments to industry for the next 10-20 years based on it.

The last 2 times the NSW Government gave sawmill owners guarantees for specific timber volumes in 1998 and 2003 they were found to be gross over-estimates and it cost NSW taxpayers over $12 million to buy back non-existent timber we gave to sawmillers for free.

At the very least the Government owes taxpayers a full and proper assessment of the bushfire impacts before they consider repeating past mistakes. Preferably they will stop logging public forests and allow them to recover their resilience to burning.