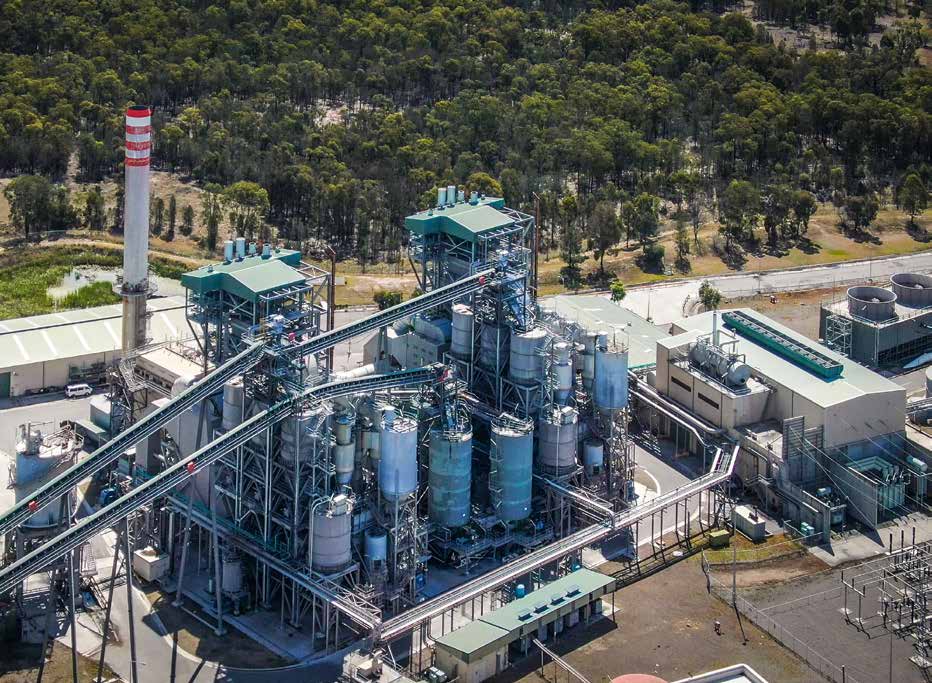 North coast conservationists have described NSW’s renewable energy plan as an environmental tragedy due to its intent to fast track the replacement of coal with native forests as fuel for power stations under the pretence that it is renewable energy.

“When Matt Kean launched his $32 billion renewable energy plan in early November it was claimed that the aim was to replace the state’s ageing and polluting coal-fired power plants with renewable solar, wind and hydro power, what he didn’t say was that the plan apparently includes rebooting some of those coal plants with even more-polluting wood from native forests”, said NEFA spokesperson Dailan Pugh.

In the next six months Hunter Energy intends to restart the mothballed 151 MW Redbank Power Station, near Singleton in the NSW Hunter Valley, fed by native forests to make it one of world’s ten biggest biomass power plants.

Its Expression of Interest prospectus was launched a day after the Hunter was named as an additional renewable energy zone. Hunter Energy propose to run the mothballed Redbank Power Station, near Singleton in the NSW Hunter Valley, with wood biomass. They will take wood from up to 400km away. That covers an area from past Grafton in the north, to past Moruya in the south, and west to Nyngan, Condobolin and Moree.

Anyone carrying out landclearing and logging now has a buyer for their wood. According to the findings of the 2017 North Coast Residues report the Redbank power station will consume around a million tonnes of wood each and every year it is operational. More than 60% of it to come from private land. This needs to be seen in the context of the attempt by the Government last year to remove protections and allow koala habitat to be logged and cleared and to give 30 year logging permits. Temporarily thwarted by Liberal MP Cathering Cusack crossing the floor to vote against her government.

“Matt Kean has failed to respond to NEFA’s inquiries as to whether the Redbank Power Station is included in his Renewable Energy Plan. Apparently it is.

“This means it is likely to receive Government funding and that the Government will “cut red tape” to speed up its approval.

“Claims that burning native forests is renewable energy with no net carbon emissions is a dangerous nonsense, as it is even more polluting than coal, releasing up to 50% more CO2 than coal to generate equivalent amounts of energy. Redbank will continue to be one of the most polluting power stations in Australia, releasing some 1.8 million tonnes of CO2 into the atmosphere each year. Unfortunately it will be subsidised with Renewable Energy Credits and result in massive environmental destruction.

“The emissions will be significantly increased by cutting and trucking millions of trees as logs or woodchips to Singleton. The Hunter Valley deserves better,” Ms Russell said.

“We are in a climate and extinction emergency and need to transition to genuinely renewable energy and reduce atmospheric carbon as soon as possible, this will require retaining every tree we can to take up and store carbon, not increasing logging and clearing to pump more into the atmosphere.

“This Government has changed the rules to allow the burning of native forests for electricity, changed the rules to increase land clearing, and recently changed the logging rules for State Forests and private forests to halve the number of trees that need to be retained, while zoning 140,000 hectares of public coastal forests from Grafton to Taree for clearfelling.

“Establishing a market for small and 'defective' trees and calling it 'waste' or 'residue' facilitates increased logging intensity and encourages more land clearing.

“The community needs to urgently speak up to stop the NSW Government from allowing this environmental disaster” Mr. Pugh said.