The North East Forest Alliance is calling on Prime Minister Scott Morrison to intervene to stop logging of important Koala habitat in Yarratt State Forest near Wingham in accordance with the June recommendations of the Natural Resources Commission and the Commonwealth’s February Conservation Advice for now Endangered Koalas.

As a signatory to the North East NSW Regional Forest Agreement, Prime Minister Scott Morrison has responsibility for NSW’s refusal to protect important Koala habitat on State Forests, and must modify his approval to provide rapidly declining Koala populations with the protection they urgently need, said NEFA spokesperson Dailan Pugh. 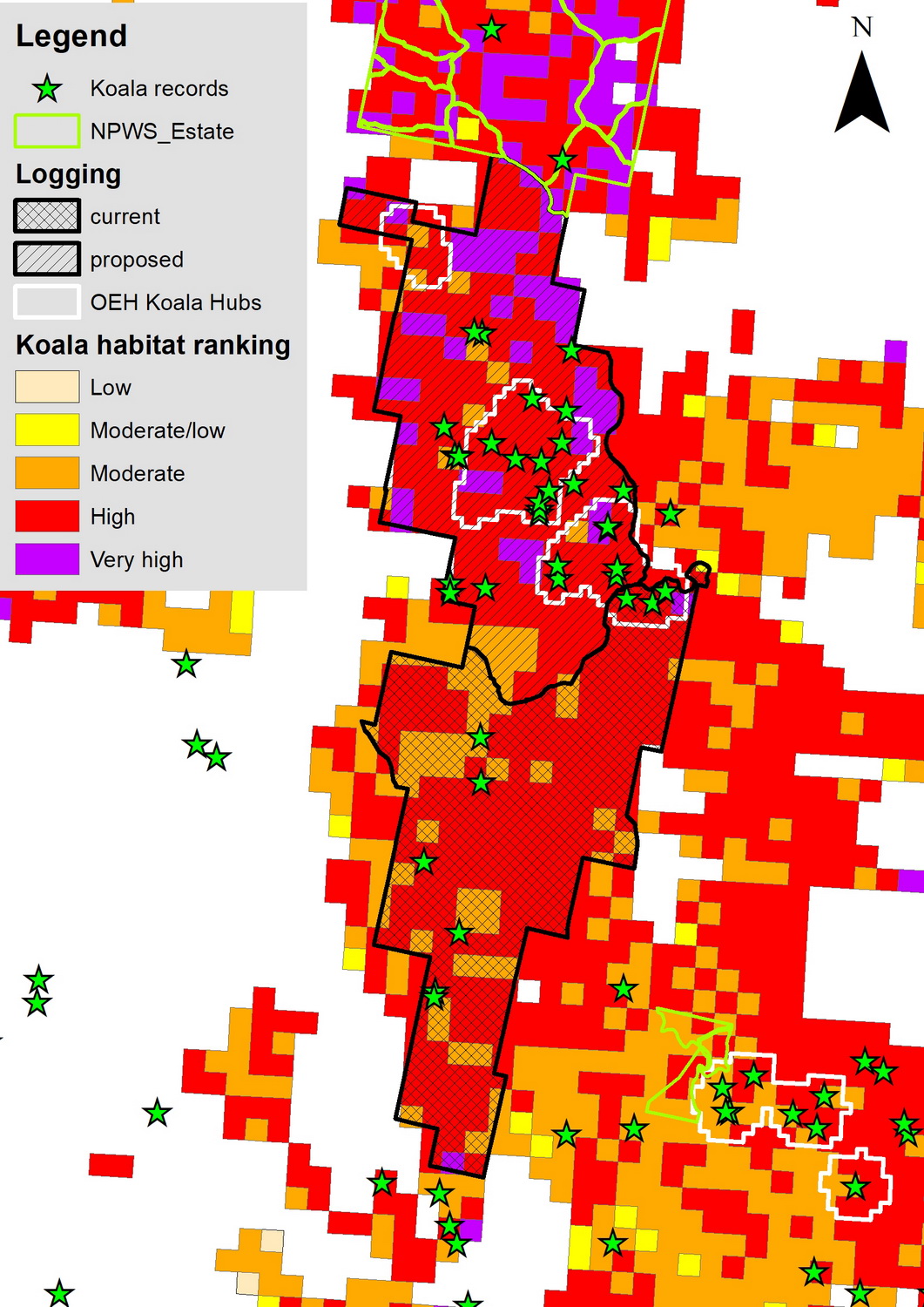 Scott Morrison announcement of $50 million for Koalas is a smokescreen to cover-up his Government’s approval for increased logging and clearing of Koala habitat, while allowing climate heating to run amok, threatening the future of both Koalas and the Great Barrier Reef, according to the North East Forest Alliance.

“Without good policies on habitat protection and climate change no amount of money will save Koalas, said NEFA spokesperson Dailan Pugh.

“If Scott Morrison was fair dinkum about protecting Koala habitat the first thing he would do is to stop their feed and roost trees being logged and cleared. Money is no good for Koalas if they have nowhere to live.

“The second is to take urgent and meaningful action on climate heating, as Koalas and their feed trees have already been decimated by intensifying droughts and heatwaves in western NSW, and bushfires in coastal areas.

“If the Morrison Government doesn’t take urgent action on climate heating then neither Koalas nor the Great Barrier Reef will have a future.

Logging has no Social Licence

LOGGING OF PUBLIC NATIVE FORESTS HAS LOST ITS SOCIAL LICENCE

The North East Forest Alliance maintains that submissions to the NSW Regional Forest Agreements (RFAs) show that the logging of public native forests has lost its social licence and that the community do not support the NSW and Commonwealth Government's proposals to extend the RFAs for 20 more years.

Of the 5,425 submissions to the RFAs only 23 supported the Government's proposal to extend the RFAs for 20 years and give additional five-year rolling extensions after each future five-yearly review, and nearly all these were from the industry.

The so-called 'Independent Review' of NSW's Regional Forest Agreements was tabled in the Commonwealth Parliament on 25 June 2018.

The review notes 'The majority of submitters would like the State to cease native forest logging on public land, indicating it damages biodiversity, environmental values and environmental services such as water, carbon capture and amenity, and provides a low economic return'.

"The Regional Forest Agreements have no credibility, their only purpose is for the Commonwealth to avoid its legal obligations for threatened species and heritage under the Environment Protection and Biodiversity Conservation Act 1999.", said NEFA spokesperson Dailan Pugh.