We took the Federal Government to court!

On 28 and 29 March 2022 our case against the Commonwealth and NSW Governments challenging the validity of the North East NSW Regional Forest Agreement was held in the Federal Court. It is likely to be some months before Justice Perry hands down her judgement.

For 30 years NEFA has been taking action for our forests.When we formed in 1989, our aims were the protection of rainforest, oldgrowth, wilderness and threatened species. NEFA has doggedly pursued these goals including through rallies, blockades, court cases, submissions, lobbying, and protracted negotiations.

Thirty years ago, the science was clear. The reserves were small and unconnected, the oldgrowth forest was fast disappearing, many species had insufficient habitat protected to maintain viable populations and despite us raising it, no-one in Government was taking climate change seriously.

The combination of blockades and a series of successful legal challenges in the Land and Environment Court, such as over Chaelundi State Forest, made the Government take us seriously, forcing them to place 180,000 hectares of oldgrowth forest under moratorium while they prepared Environmental Impact Statements (EISs). When we discredited the EISs and demanded meaningful consultation the Government had to listen to us.

From 1995 until 1998 we sat on a series of committees, along with the industry, overseeing the Comprehensive Regional Assessment - doing our best to ensure the collation of the best available data to identify the promised Comprehensive, Adequate and Representative forest reserve system, Ecologically Sustainable Forest Management and socio-economic impacts.

We are acutely aware of the numerous inadequacies in much of the data at that time, with some projects incomplete and some aspects, such as climate heating, not even considered.

Then the political process took over for the Regional Forest Agreement (RFA). While we never agreed to the outcome, we achieved a doubling of the reserve system, but the political outcome protected less than half of what the science said was needed, with many species and ecosystem reserve targets unmet. We thought at least they would honour their promise that there would be a reassessment by 2018.

The North East NSW Regional Forest Agreement between the Commonwealth and NSW Governments was signed in 2000. Just before that the NSW Government legislated to stop community groups litigating forestry breaches. For over 20 years we've watched as the forests have been logged, burnt and degraded. Despite us identifying systematic breaches time and time again, the regulator has been missing in action and we have been unable to enforce the law.

Then in 2018 the logging rules were weakened and the North East NSW Regional Forest Agreement was extended more or less indefinitely- without the promised reassessment.

We are aware of the studies since the CRA undertaken by scientists, the improved data, changes to forests, growing threats, increasing numbers of threatened species, increased understanding of climate heating impacts, and changes in the logging industry and regional communities, that should have been part of a new CRA before extending the North East NSW RFA.

Finally, with the help of the Environmental Defenders Office, we found a legal avenue to challenge the RFA. Thankfully our supporters dug deep and donated over $50,000 for a court case.

We maintained that before the north-east RFA was extended there should have been a proper assessment done of threatened species. Important species in our region include the Koala, Greater Glider, Yellow-bellied Glider, Spotted-tailed Quoll, Rufous Scrub Bird, Regent Honeyeater, Giant Barred Frog and Pugh's Frog to name only a few.

We maintained that the impacts of climate change should have been assessed! Duh!

The current state of oldgrowth forests should also have been reassessed.

We maintained that they weren't, and that's a breach of the Federal Regional Forest Agreement Act.

Now that our legal arguments have been heard we may need to wait months for a judgement. Fingers crossed.

Should we win, the North East NSW RFA will no longer exempt logging operations from assessment and approval under the Environment Protection and Biodiversity Conservation Act 1999, or be exempt wood from the requirements of the Export Control Act 2020, with potential ramifications for all other RFAs.

Hopefully the Commonwealth will be forced to require that protections be restored and improved for numerous nationally threatened species, including the now Endangered Koala and recently listed Vulnerable Yellow-bellied Glider. And if they want to continue with their barbaric logging practices maybe they will need to do another Comprehensive Regional Assessment and even consider climate heating - this time the outcome may be to stop. 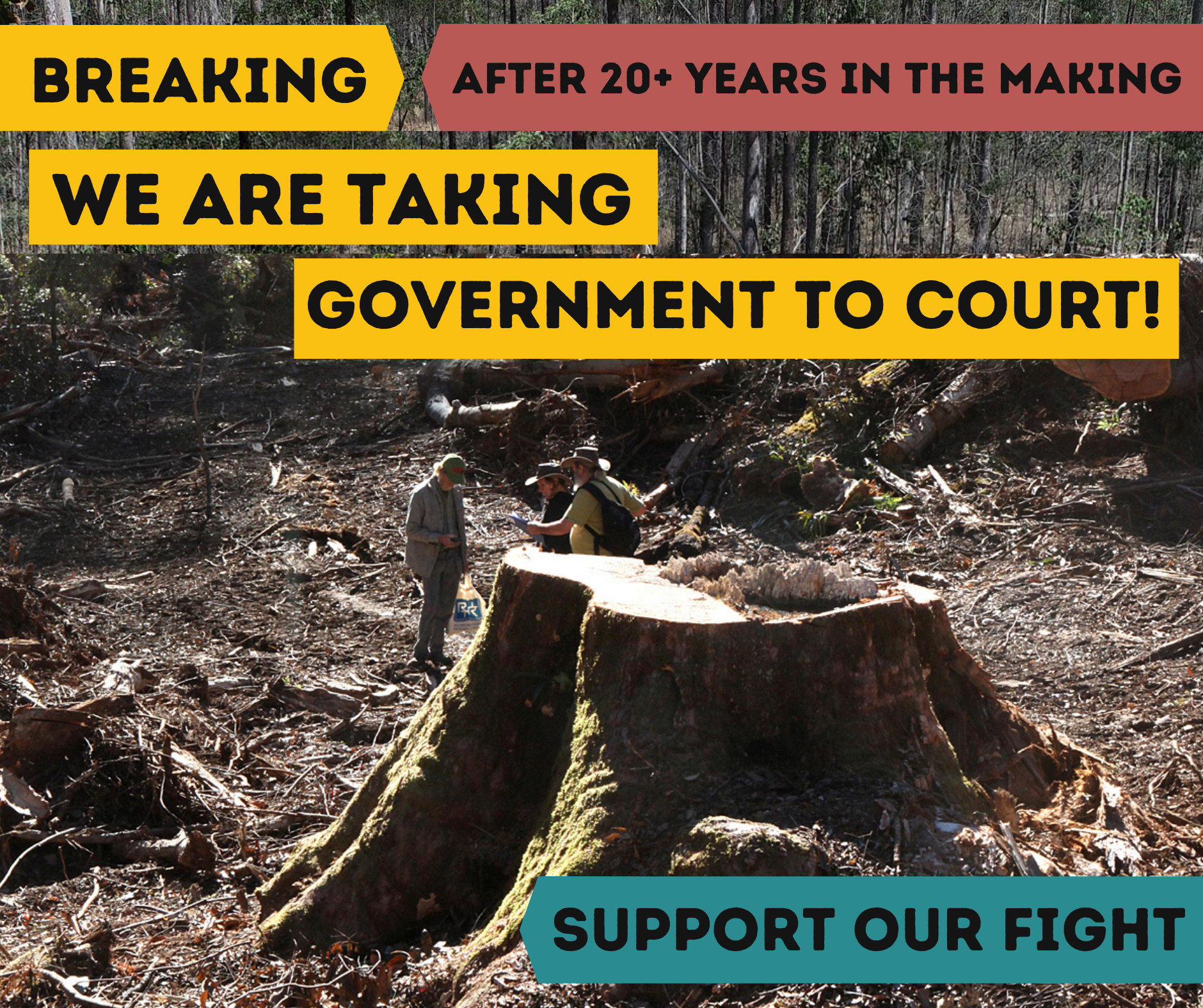 “Fridays4Forests groups have now sprung up in Lismore, Casino, Nimbin, Kyogle and Mullumbimby. The movement to protect our public native forest is gathering momentum and community support every day. Sooner or later the NSW Liberal-National Party Government is going to have to listen to the people of NSW and stop the wholesale destruction of our koalas homes.” said Sean O’Shannessy from the North East Forest Alliance (NEFA) 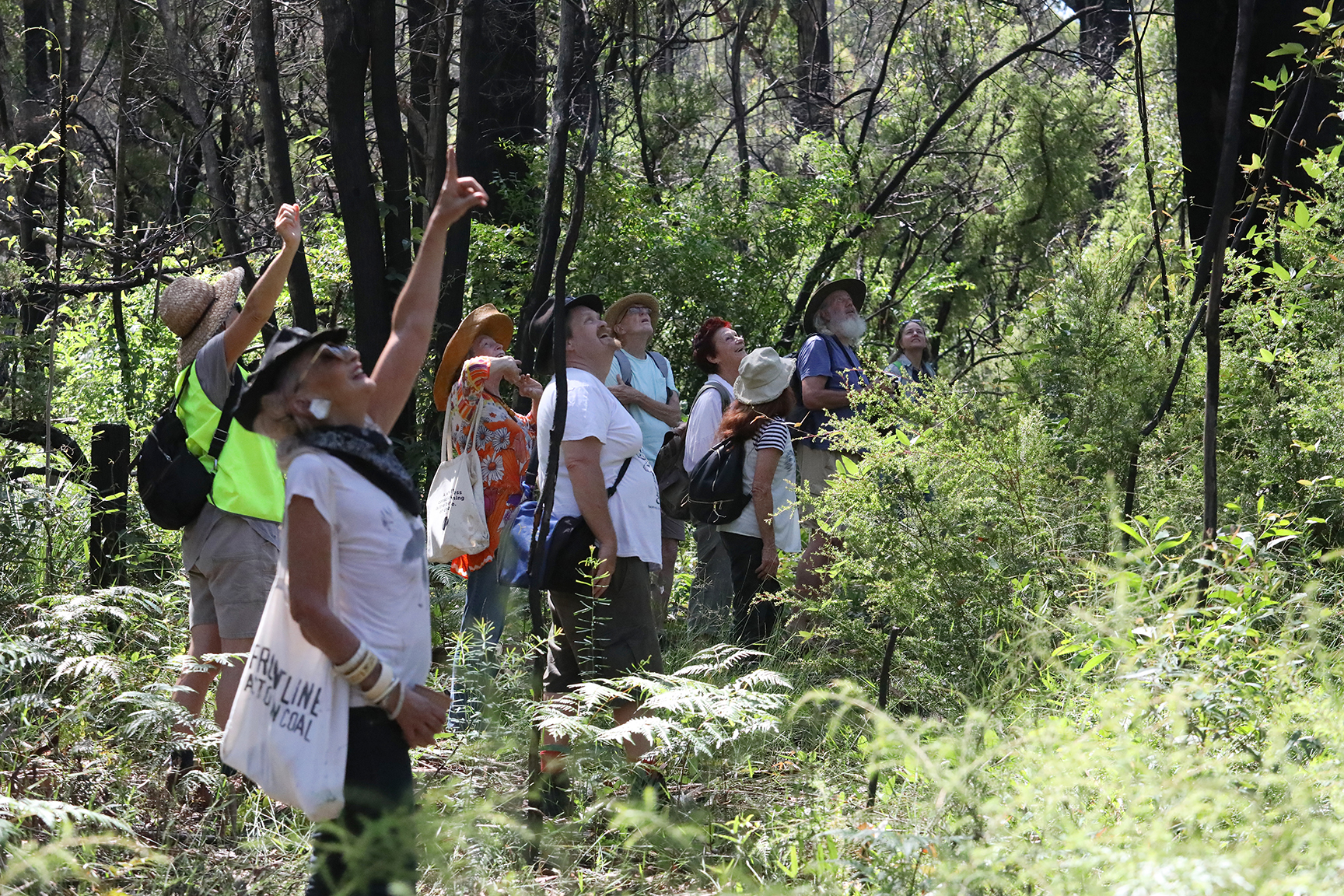 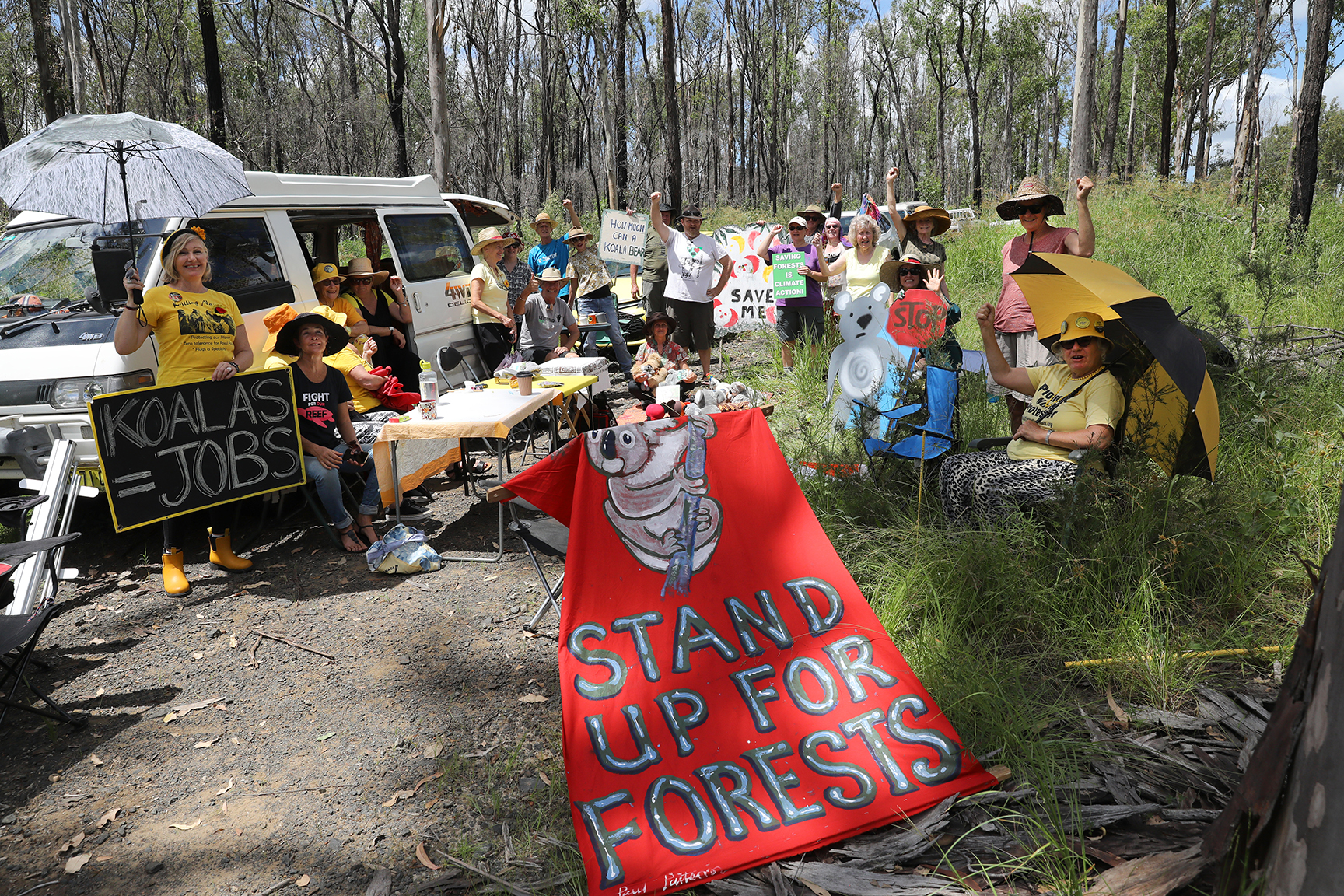