No to burning forests for dirty power at Redbank!

The imminent rebooting of the mothballed Redbank Power Station with wood (biomass) from NSW’s native forests will make it Australia’s most polluting power station and an existential threat to the future of our children and wildlife.

Hunter Energy is currently seeking expressions of interest for timber from north of Grafton, West of Dubbo and South of Batemans Bay to fuel their Redbank Power Station, with plans to restart the facility in mid 2021 fed by native forests to make it one of world’s ten biggest biomass power plants.

The community needs to urgently speak up to stop the NSW and Commonwealth Governments from allowing this environmental disaster.

Burning trees to power Redbank Coal Station is an existential threat to our future.

It's a climate nightmare.

It's polluting and expensive.

It undermines the climate mitigation potential of forests.

It threatens our future forests, water security and struggling wildlife.

Sign up here for email updates & ways to get involved. 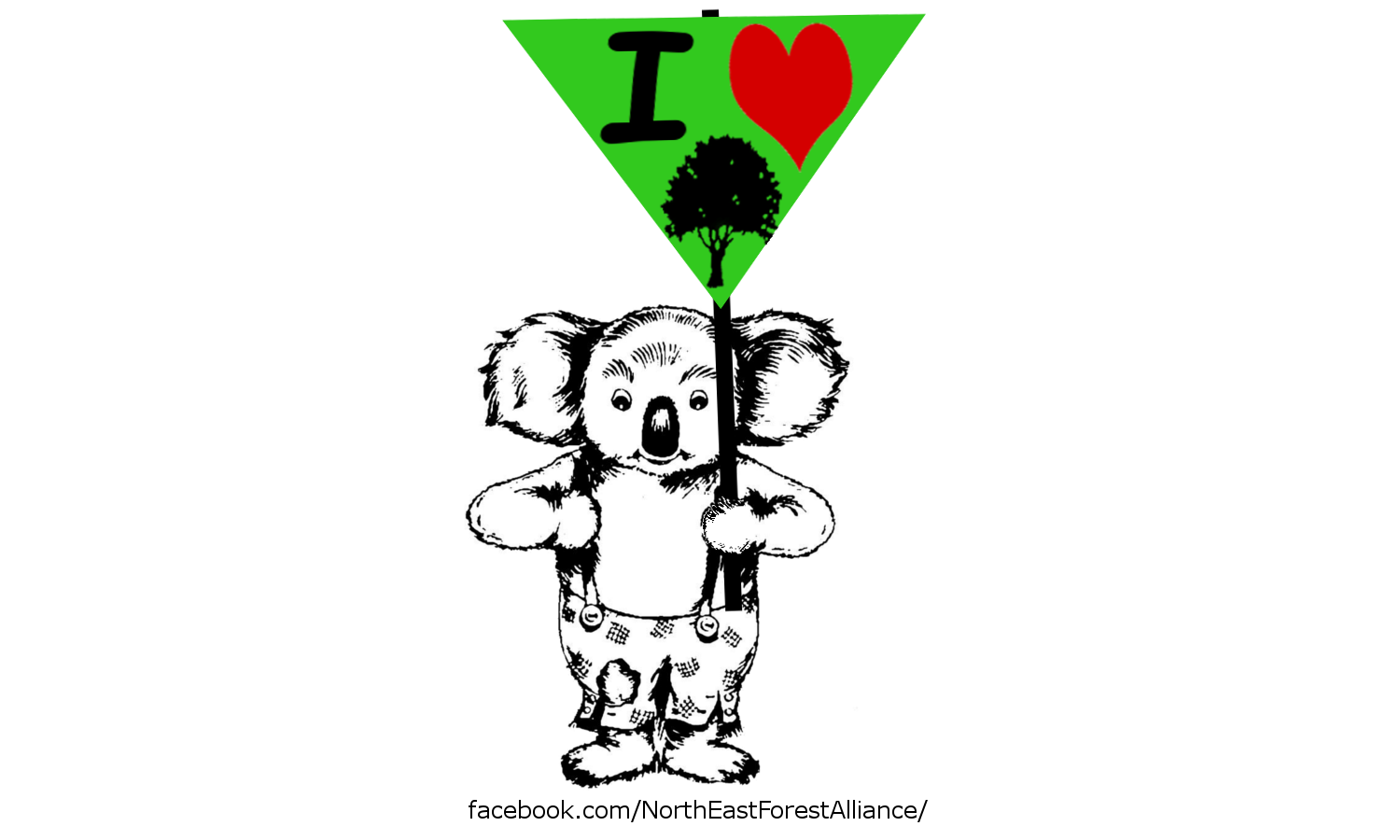 North-coast Koala populations have declined by 50% over the past 20 years.

In NSW State Forests, the highest quality Koala habitat is being cut down by intensive logging by Forestry Corporation.

There needs to be an urgent intervention to stop the accelerating degradation of Koala habitat in north-east NSW. Surveys need to be urgently undertaken to identify all areas containing remnant Koala populations. These surveys need to be undertaken independently of the Forestry Corporation.

Only with your support will we be able to protect our precious koalas and their homes.

Please give generously before it is too late!