What is it about forests that you value?

State Forests are part of the public estate effectively controlled by the will of the people of NSW.. Along with National Parks, Nature Reserves and State Conservation Areas, and numerous schools, hospitals, sporting, camping and recreation areas, State forests are Crown lands. State forests are public lands that have been allocated for timber production under the control of the Forestry Corporation.

The community has the right and responsibility to ensure that State forests are managed in the community’s best interests. The community has repeatedly identified that they place a very high value on native forests for wildlife, beauty, water and recreation, compared to a relatively low value for logging, mining and shooting. For example the Community Attitude survey for the Upper North East Comprehensive Regional Assessment (McGregor et. al. 1997a) established that the priorities respondents gave to “various activities with relation to public forests” were;

Exploitative uses of public lands received a lot less support (timber production 24%, woodchipping 7% and mining 13%), with the highest opposition being to mining (72%), hunting (70%) and woodchipping (65%).

In response to the question “what is it about forests that you value?”, those values ranked highest were aesthetic (80%), conservation reasons (46%), spiritual (25%), intergenerational equity (14%) and recreation (10%) as compared to relatively low values for economic/employment (6%) and economic goods and use (5%).

While State Forests have been allocated for timber production, the Forestry Act 2012 requires that they be managed in compliance with the principles of ecologically sustainable development, with timber supply environmentally sustainable, and with regard to the interests of the community.

Large areas of State Forests are still required to be added to the reserve system to satisfy the national reserve targets and protect viable fauna populations (see CAR Reserves), logging is being undertaken at an unsustainable rate (see Over-logging ), and they are not being managed in an ecologically sustainable manner (see Bell Miner Associated Dieback), (Logging Prescriptions). NEFA therefore maintains that they are not being managed in the community’s best interests.

Recreation is good for the regional economy 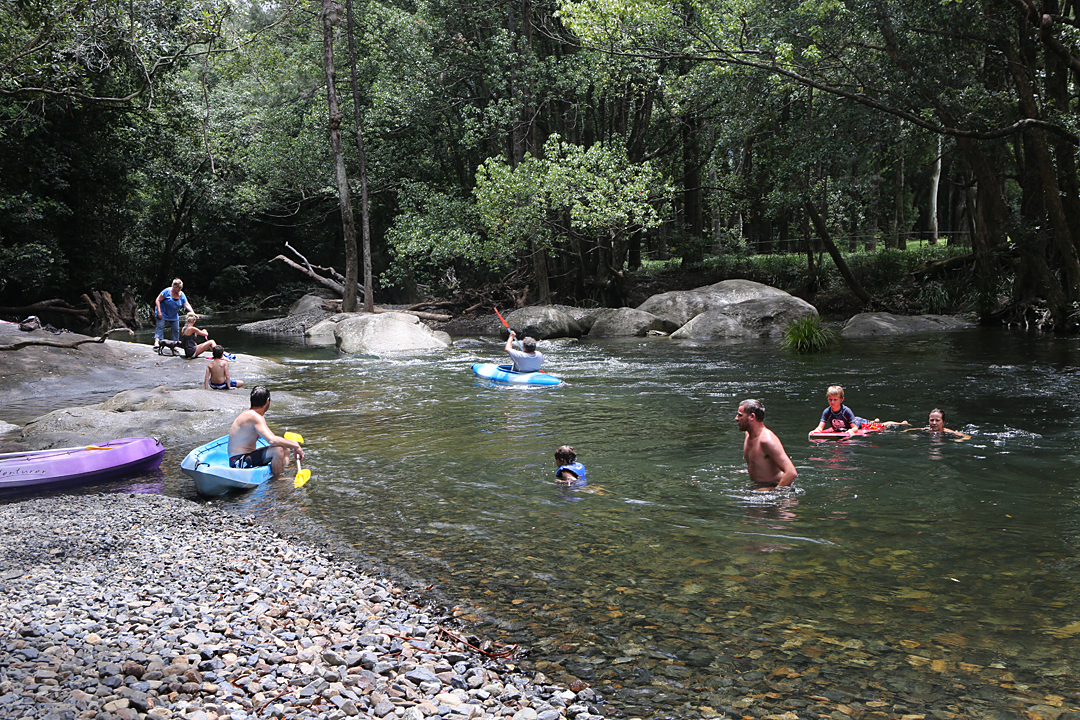 Public land is a highly valued resource, providing the only natural areas for recreation for many local residents.  Natural environments are also important components of the recreation and tourism industry and contribute significantly to attracting tourists to north east NSW in order to experience their landscapes and wildlife. Nature-based outdoor recreation is increasingly in demand as urbanisation continues around the world.

You know that exercise is good for you, but did you know its health benefits are greatly magnified if undertaken in a forest? Just standing in a forest taking in the view can improve your mood and cognitive function. Even sitting in a chair looking at a photo of the view is good for you.

And it is not just seeing nature that is beneficial, hearing it helps and smelling it is a form of aromatherapy that has been attributed with improving vascular health, regulating hormones, strengthening immunity, fighting cancer and reducing blood sugars.

A walk in the bush is not a cure all, but it is good for you in many ways (see Natural Effects).

National Parks make a significant contribution to regional economies and to nearby towns through direct tourist expenditure. The direct expenditure also leads to indirect impacts resulting from purchases from other sectors and induced impacts when workers spend income on goods and services. If tourism is appropriately managed the economic returns generated can be maintained over a long period of time for the benefit of a broad range of local businesses and residents.

As at 2010 the visitation to National Parks and reserves in north east NSW was estimated from a variety of sources as 9.4-10.8 million visits per year. This is an increase of over 250% in visitation since the Forest Reform process started in 1997. Expenditure associated with this visitation has been conservatively assessed as generating a business turnover of some $416-476 million and some 2,642-3,026 direct and indirect jobs in the regional economy. (see: Identifying the Recreational Value of Reserves)

The benefits to visitors can be measured in terms of consumer surplus,. which is how much a visitor is willing to pay above the price currently determined by market forces The consumer surplus of north east NSW’s National Parks is estimated as some $348-399 million.

It is evident that the creation of reserves in the Forest Reform process provides significant health and economic benefits to the residents of north-east NSW.

Identifying the Recreational Value of Reserves