The North East Forest Alliance (NEFA) has described the Department of Primary Industries (DPI) proposal to increase logging intensity in north-east NSWs forests to provide up to one million tonnes of trees each year to generate electricity as sheer madness.

Forests are the lungs of the earth, they take in our carbon dioxide, storing the carbon and giving us back oxygen, left standing they are part of the solution to climate change, cut down they become part of the problem, according to NEFA spokesperson Dailan Pugh. 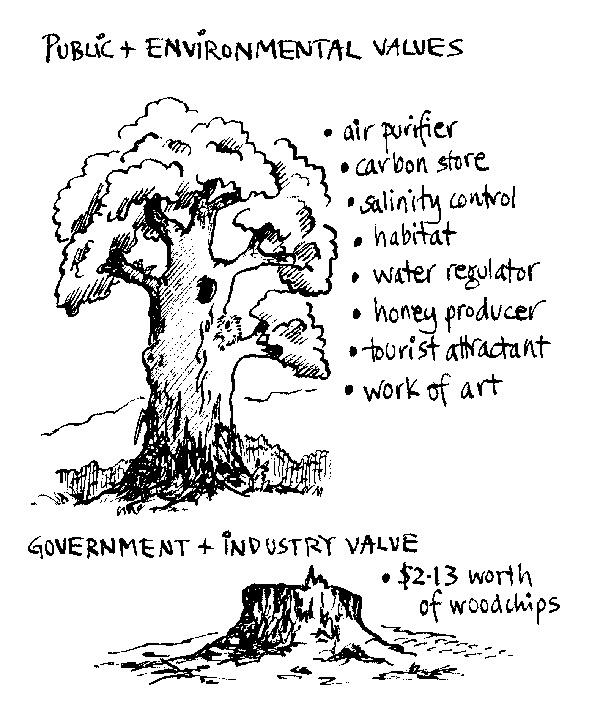 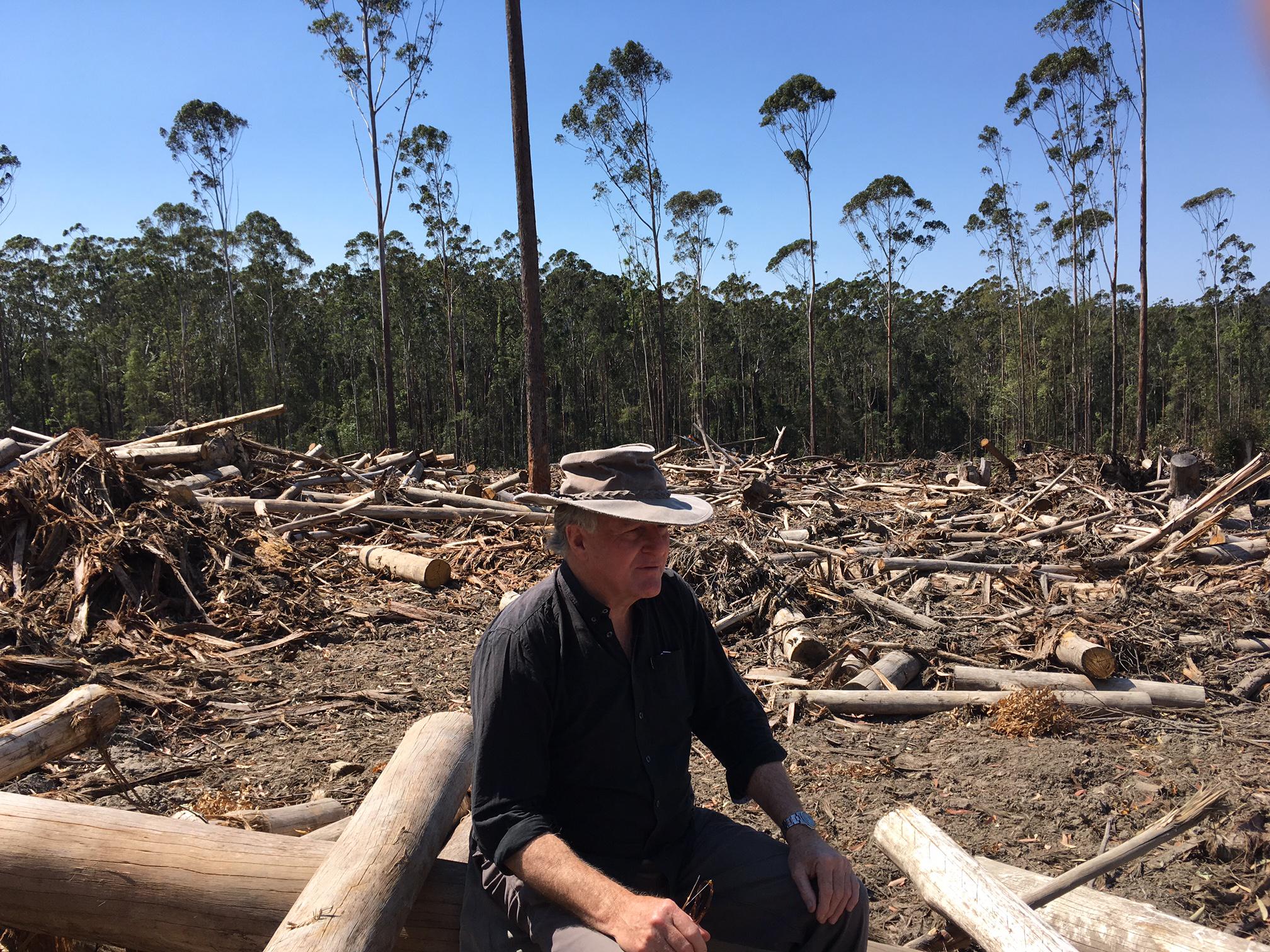 Trashing of 95 ha of Endangered Rainforest must be Prosecuted

The North East Forest Alliance has requested the Minister for the Environment, Gabrielle Upton, to ensure that action is taken against the Forestry Corporation for roading and logging 95 hectares of the Endangered Ecological Communities 'Lowland Rainforest' and 'Grey Box-Grey Gum Wet Sclerophyll Forest' in Cherry Tree State Forest*, given that 21 months after being told of the breaches the Environment Protection Authority (EPA) has failed to take regulatory action.

The North East Forest Alliance have renewed their call for the environment Minister. Gabrielle Upton, to intervene to protect Koalas after the discovery of a Koala high use tree and numerous breaches within logged areas of Gladstone State Forest, 6km south-west of Bellingen.

A NEFA audit of 7 hectares of logging in compartment 231 of Gladstone State Forest on Sunday afternoon located 20 Koala scats under a tree on the boundary of the logging area, intensive logging of Koala feed trees, logging within a Great Barred Frog exclusion area, 31 breaches of habitat tree selection and protection requirements affecting 20 habitat trees, and a logging intensity well in excess of that allowed. 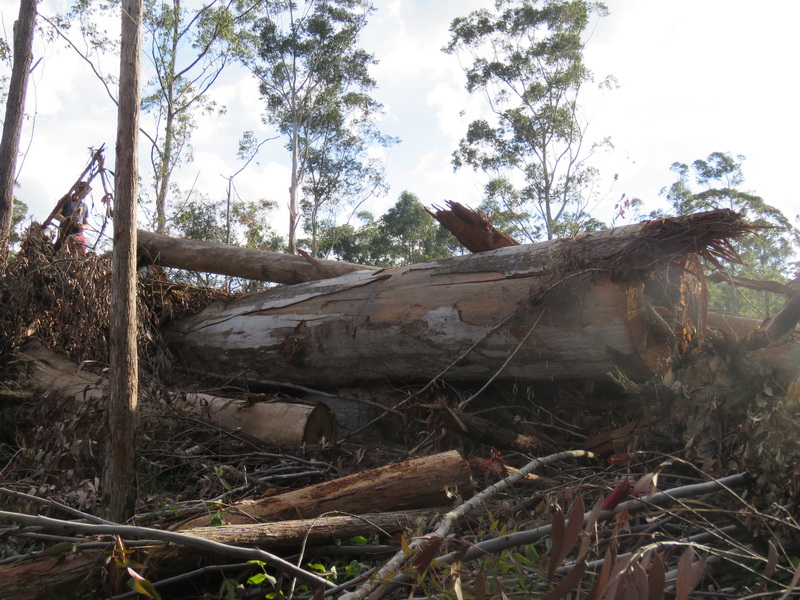 10 years of illegal clearing across 75,000 hectares

much of it would have been prime koala habitat

The North East Forest Alliance has once again asked the Minister for Fisheries to intervene to make the Forestry Corporation comply with its Fisheries Licence and immediately stop illegal logging of headwater stream buffers in habitat of the Endangered Purple Spotted Gudgeon.

The Forestry Corporation's June logging lists state that they are currently logging buffers on headwater streams in 20 compartments that qualify as habitat of this endangered fish.

"It is absurd that when we identify one area where they are illegally logging that they stop there and start doing it somewhere else. 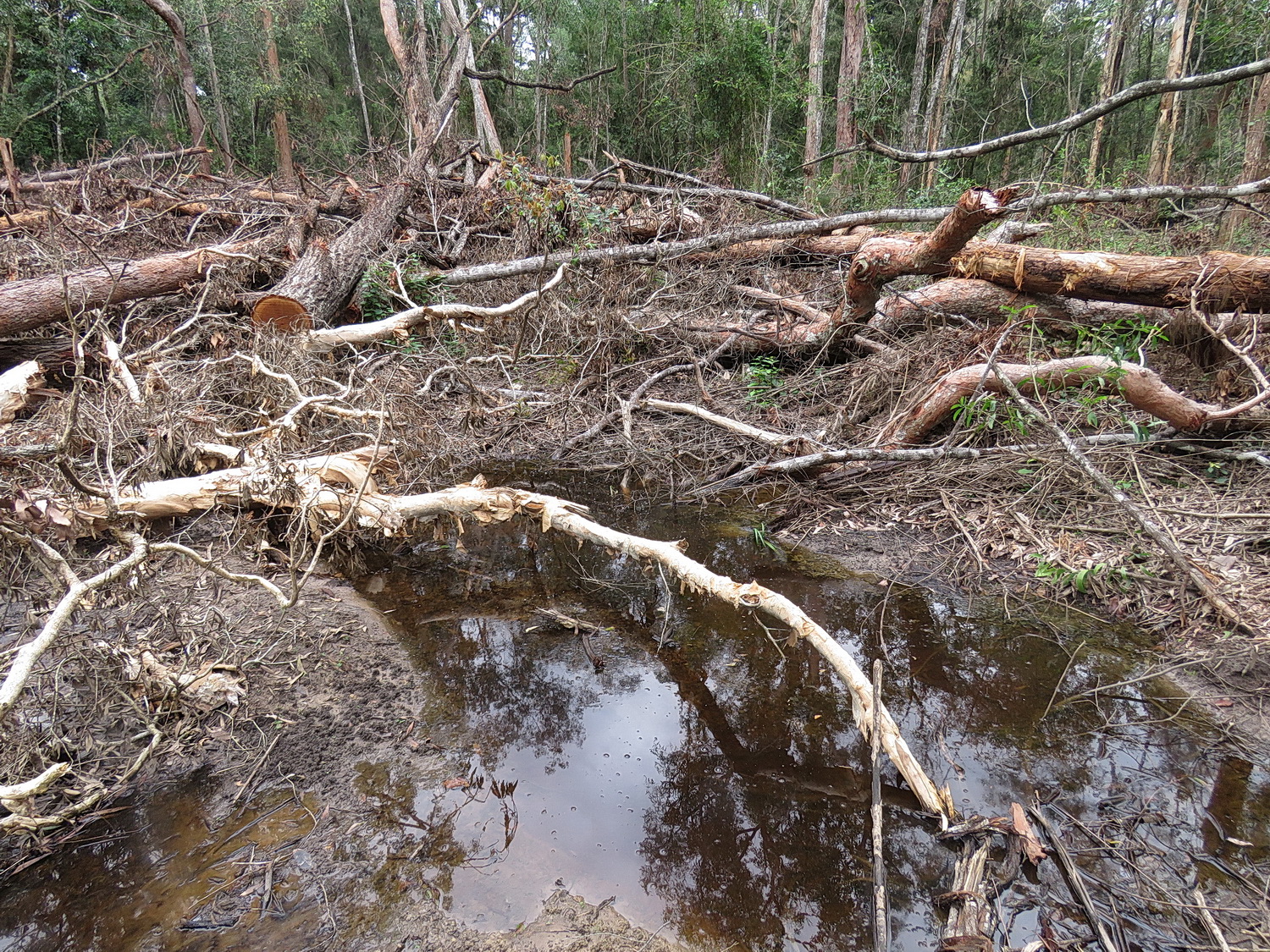 Details of proposed new logging rules for public lands (known as IFOAs, Integrated Forestry Operations Approvals) obtained by the North East Forest Alliance (NEFA) and the North Coast Environment Council (NCEC), show the intent is to convert much of the north coast's public forests into 'quasi-plantations', reduce buffers on vital headwater streams and remove protections from most threatened animals and plants.

"We are calling on the Minister for the Environment, Gabrielle Upton, to honour the Government's promise that there will be 'no erosion of environmental values' by urgently intervening to stop the Forestry Corporation and the so-called Environment Protection Authority (EPA) doing a deal which will slash protections for streams and hundreds of plant and animal species, including the koala" NCEC vice-president Susie Russell said.

"It is clear from the documents that the EPA have basically allowed the Forestry Corporation to write their own rules. We don't comprehend how a body responsible for protecting threatened species can consider that it is acceptable to remove requirements to look before logging and to remove and reduce needed protections for hundreds of threatened species" NEFA spokesperson Dailan Pugh said. 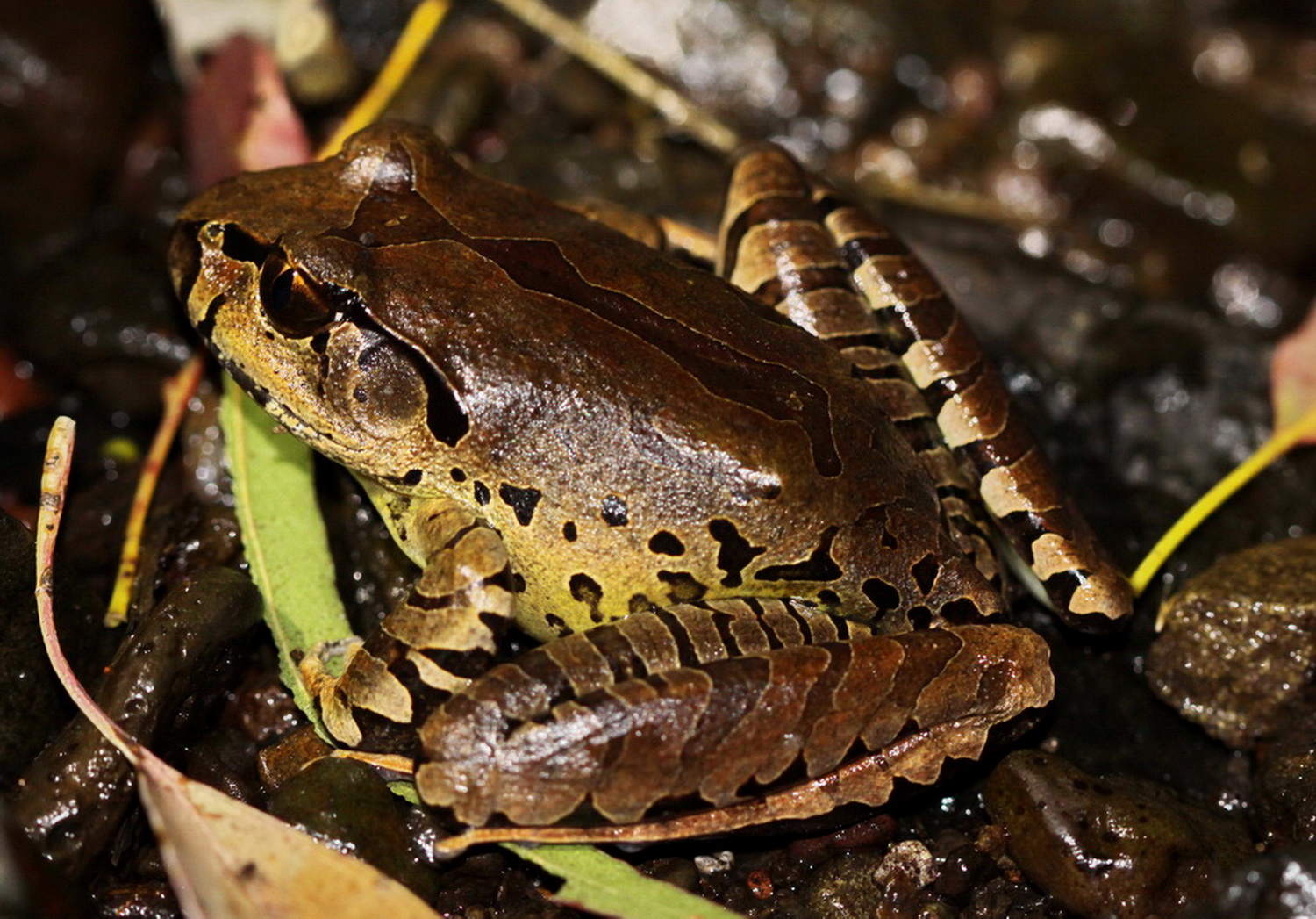 Endangered Fleay's Barred Frog currently requires pre-logging surveys and exclusion zones to be created around records, under the proposed rules it will lose all protection and existing exclusion areas will be opened up for logging.

The North East Forest Alliance (NEFA) is calling on the Department of Primary Industries (DPI) Fisheries to require the Forestry Corporation to comply with its Fisheries Licence and immediately stop illegal logging of headwater stream buffers in habitat of the Endangered Purple Spotted Gudgeon and to prosecute Forestry for the hundreds of steam buffers unlawfully logged over the past year.

NEFA is holding a march in Coffs Harbour at 10 am today (Wednesday) from the Forestry Corporation office to the Fisheries office to demand that both Government bodies comply with their obligations to protect the Endangered Purple Spotted Gudgeon in accordance with the terms of the Fisheries Licence issued under section 220ZW of the Fisheries Management Act, 1994.

The very survival of the North Coast's koalas is threatened by proposed increases in logging intensity and imminent extensions of timber contracts, according to analysis presented to the meeting of the North East Forest Alliance held over the weekend near Stuart's Point.

“In order to meet current wood supply contracts, the NSW Government plans to zone most of the coastal State Forests for intensive logging and clearfelling, and to remove the already inadequate protection for core Koala habitat. 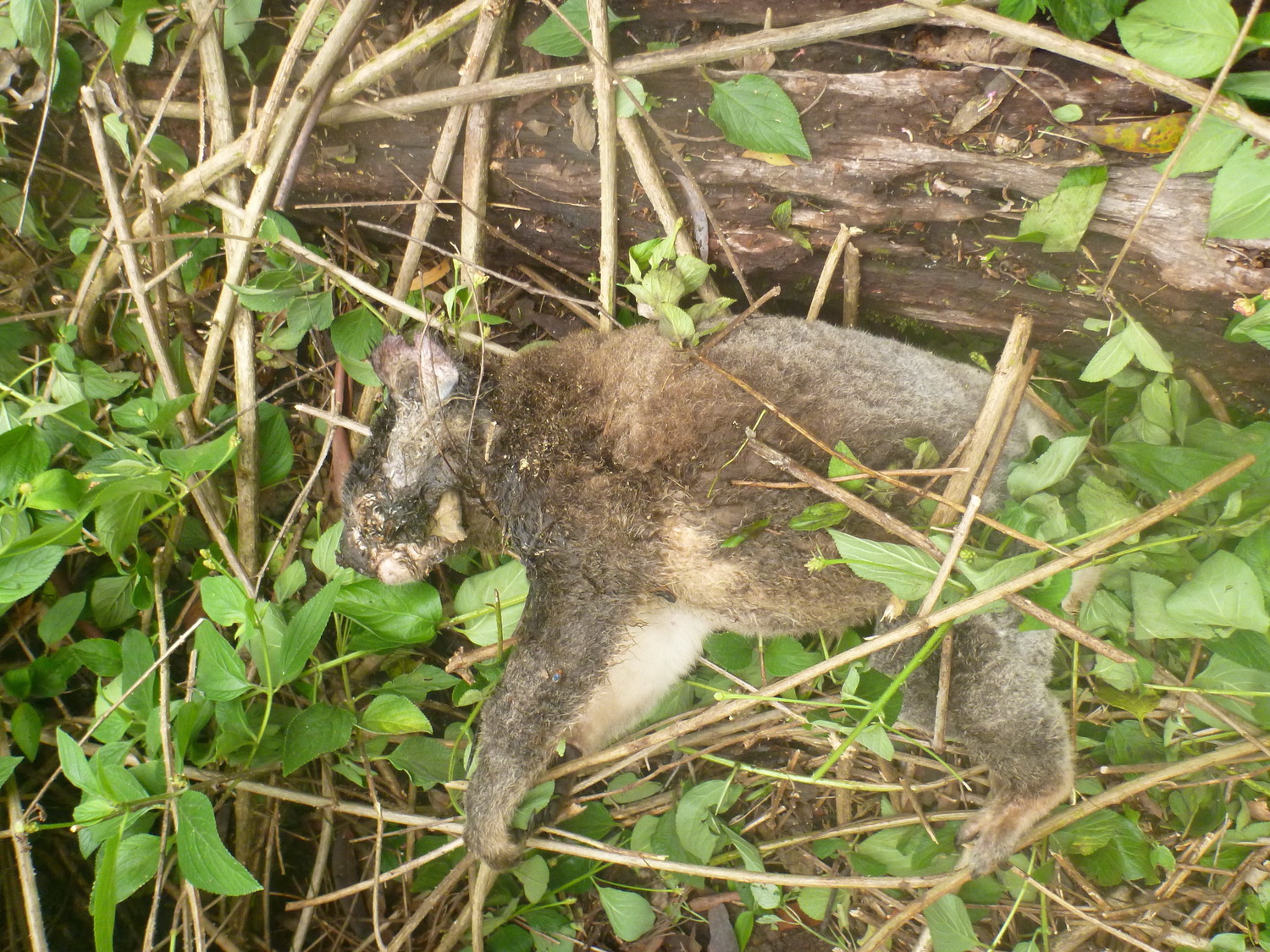 NEFA is calling on both Fisheries NSW and the Environment Protection Authority to prosecute the Forestry Corporation for recklessly trashing habitat of the Endangered Purple-spotted Gudgeon and the Endangered Ecological Community Sub-tropical Coastal Floodplain Forest revealed in a weekend audit of Gibberagee State Forest.

"When the Forestry Corporation threatened me with a $2,200 fine if I returned to complete my audit of Gibberagee State Forest I knew they had something bad to hide, so we went back into the forest on Sunday to see if we could find it", said NEFA auditor Dailan Pugh.

"After years of auditing, I was shocked when we came across streams and endangered ecological communities that had been literally trashed near Mangrove Creek on the Clarence River floodplain. 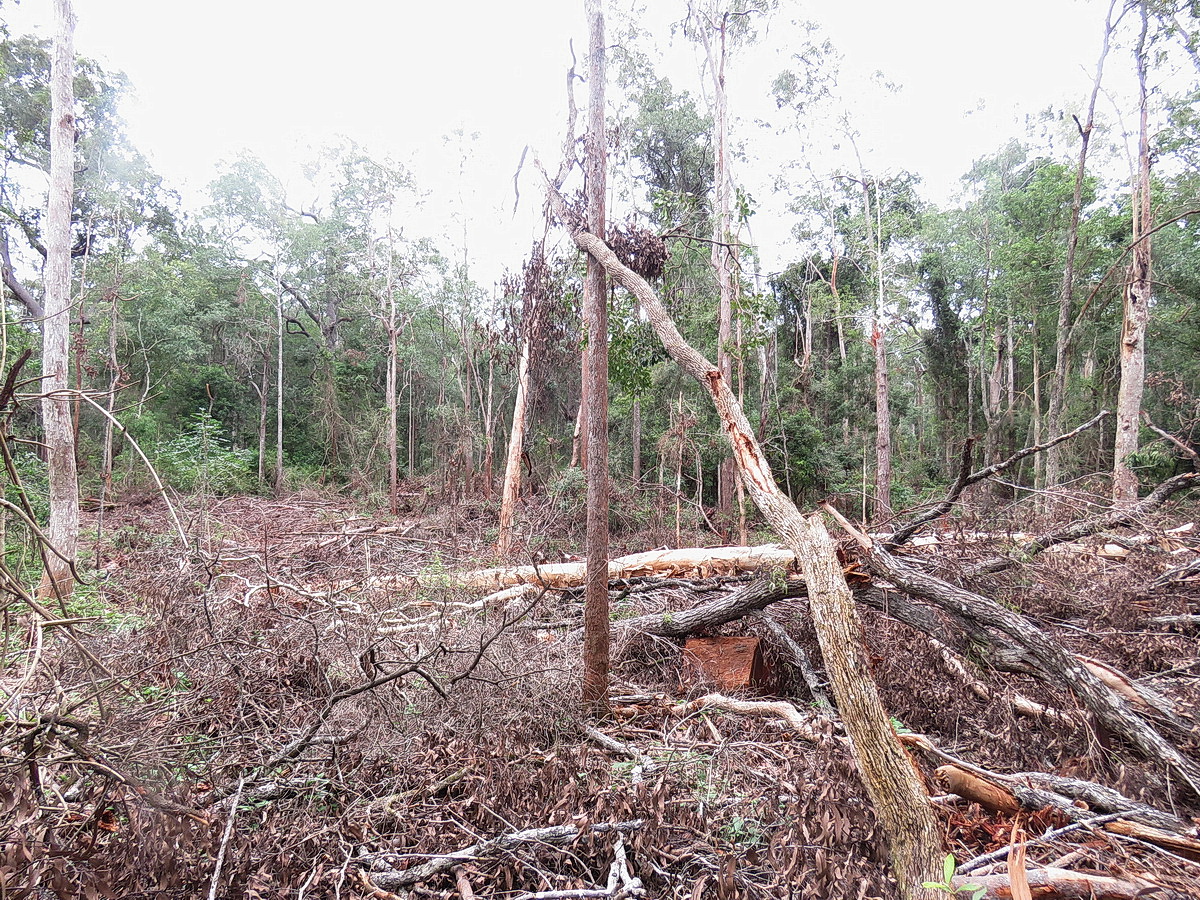