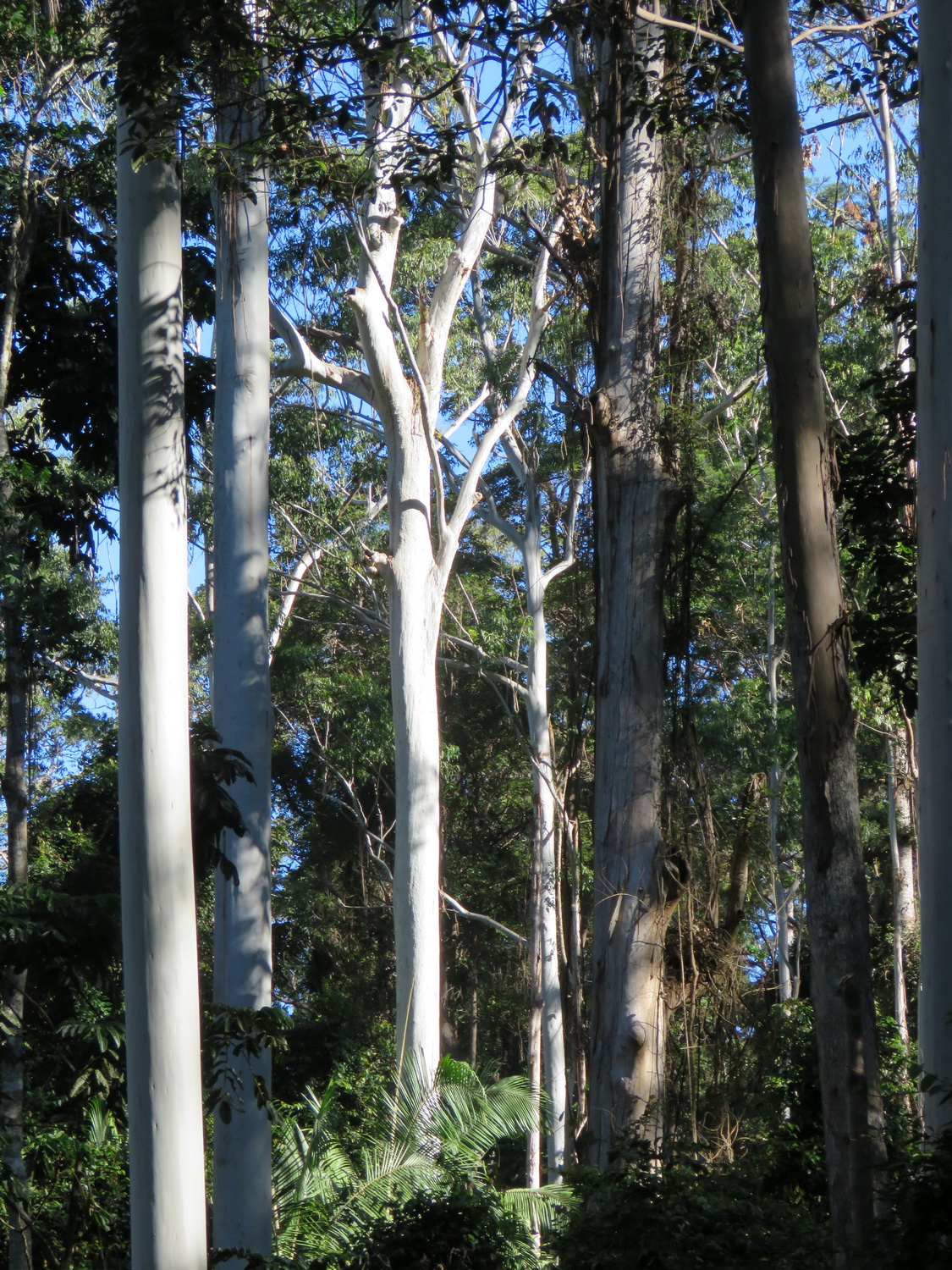 Logging has no Social Licence

LOGGING OF PUBLIC NATIVE FORESTS HAS LOST ITS SOCIAL LICENCE

The North East Forest Alliance maintains that submissions to the NSW Regional Forest Agreements (RFAs) show that the logging of public native forests has lost its social licence and that the community do not support the NSW and Commonwealth Government's proposals to extend the RFAs for 20 more years.

Of the 5,425 submissions to the RFAs only 23 supported the Government's proposal to extend the RFAs for 20 years and give additional five-year rolling extensions after each future five-yearly review, and nearly all these were from the industry.

The so-called 'Independent Review' of NSW's Regional Forest Agreements was tabled in the Commonwealth Parliament on 25 June 2018.

The review notes 'The majority of submitters would like the State to cease native forest logging on public land, indicating it damages biodiversity, environmental values and environmental services such as water, carbon capture and amenity, and provides a low economic return'.

"The Regional Forest Agreements have no credibility, their only purpose is for the Commonwealth to avoid its legal obligations for threatened species and heritage under the Environment Protection and Biodiversity Conservation Act 1999.", said NEFA spokesperson Dailan Pugh.

The North East Forest Alliance is shocked that NSW Government agencies have cancelled an inspection of State Forests along the Richmond Range to be shown the dire consequences that their new logging rules will have for logging dieback, Koalas, logging intensity and oldgrowth forests. 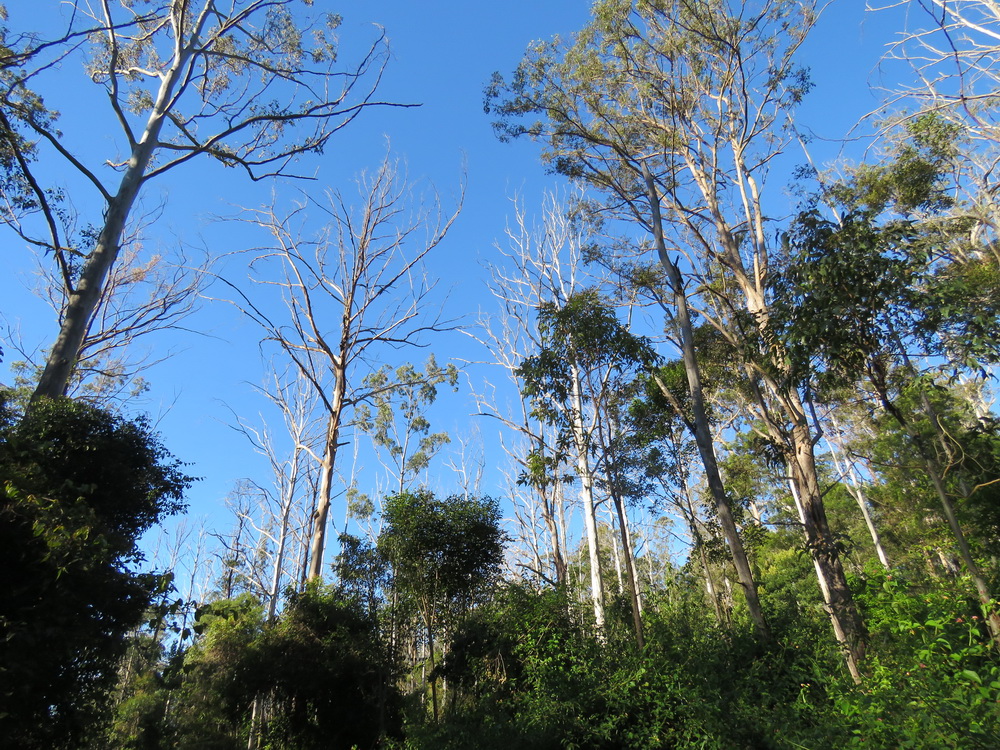 -A DISASTER FOR OUR FORESTS

"The logging industry has almost denuded the public forests allocated to them 20 years ago of sawlogs. This is all about making more trees available by opening up areas protected over the past 20 years as habitat of threatened species, Koalas, oldgrowth forest, and stream buffers for logging, while increasing logging intensity and legalising clearfell logging along the coast", NEFA spokesperson Dailan Pugh said.

The North East Forest Alliance considers that the Koala Strategy has failed Koalas as its identification of priority Koala Reserves on State Forests are a sham.

Koala populations on the North Coast have collapsed by 50% in the past 20 years and this strategy will do little to redress that decline, said NEFA spokesperson Dailan Pugh.

"If the objective is to stabilise and then increase koala numbers over the longer-term the highest priority has to be to identify and protect the remaining core habitat for Koalas on publicly owned State Forests from further degradation.

The North East Forest Alliance is alarmed that Byron Shire Council is currently seeking Expressions of Interest for the construction and operation of bioenergy plants that may include the burning of trees obtained from native forests.

"We expected a lot better that this from Byron Shire Council. NEFA does not consider that they have a social licence to burn native forests for electricity.

"We are requesting that they immediately change their prospectus to explicitly and clearly exclude the use of material obtained from the logging or the clearing of native forests from their proposed bioenergy plants", said NEFA spokesperson Dailan Pugh.

"Cutting down forests to generate electricity doesn't make sense, we lose the tree's ability to take in and store carbon, and when they are burnt they release more carbon dioxide into the atmosphere than burning coal" Mr. Pugh said.

The North East Forest Alliance will be boycotting the DPI's sham consultation process on the Government's intent to extend Regional Forest Agreements (RFAs) for another 20 years.

"The government claim that they "are working closely with all parties" but their media release was the first we were told of their intent to "evergreen" NSW's RFAs, which means they will be automatically rolled over every five years with no more that a token desktop review", said NEFA spokesperson Dailan Pugh.

The North East Forest Alliance (NEFA) considers the intent of the Department of Primary Industries (DPI) $750,000 project assessing the North Coast private native forest north from Newcastle appears to be to identify private forests for loggers to target for sawlogs as supplies from public lands continue to rapidly decline.

DPI surveys of both millers and logging contractors attest to the degraded nature of north-east NSWs public and private forests due to over-logging, with supplies of high quality sawlogs rapidly declining across the forest estate, according to Dailan Pugh, spokesperson for NEFA.

"Regrettably 80% of private landowners are reported as having little understanding or interest in the logging rules, with 67% of contractors believing most landowners are only interested in maximising short term income.

"The Government needs to do more than just help loggers identify and flog the best stands remaining, they have a responsibility to identify and protect oldgrowth forests, the habitat of threatened species, endangered ecological communities and other special values. These too need to be mapped.

"This time the NSW Government is targeting the best Koala habitat left on private land for intensified logging, with the promised Koala strategy nowhere to be seen.

"There is nothing sustainable about forestry as currently practiced, and the Government's current proposals to increase logging intensity while slashing the few protections for threatened species and stream buffers on both public and private lands will just increase its unsustainability.

"For those landholders who want to do the right thing the Government should be providing incentive payments for management of forests to protect threatened species, improve stream quality, enhance rainfall, and store ever increasing volumes of atmospheric carbon as they age. This is to the benefit of all of us.

"For those landholders that don't care the Government needs to ensure that the logging rules for private lands are improved to limit the ongoing degradation, introduce meaningful protection for threatened species and improve protection for streams." Mr. Pugh said.

"The reasons the EPA have given NEFA for dropping the promised legal action against the Forestry Corporation are patently absurd and will stop the EPA being able to effectively enforce NSW's logging laws into the future, it was a political decision executed in a political manner ", said NEFA spokesperson Dailan Pugh said.

"NEFA informed the Minister for the Environment of thousands of breaches of logging laws in Cherry Tree State Forest (on the Richmond Range west of Casino) on 14 December 2015. In December 2016 the EPA found the Forestry Corporation guilty of 66 breaches of logging laws, involving hundreds of individual offences, though only issued the Forestry Corporation with an meaningless official caution.

"The EPA now tell us they had made a decision to never again issue Penalty Notices and fines to the Forestry Corporation for breaches of the Threatened Species Licence. 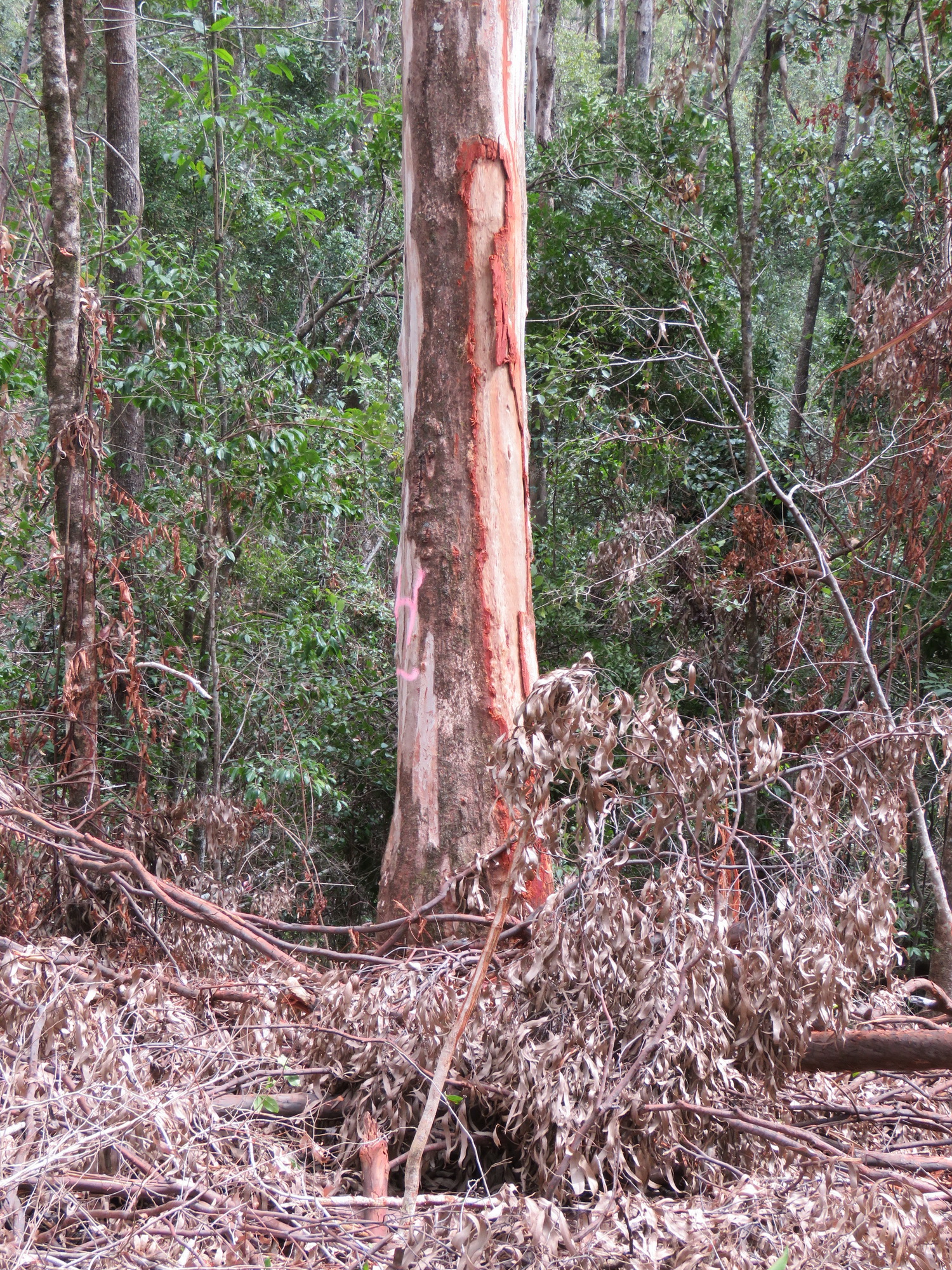