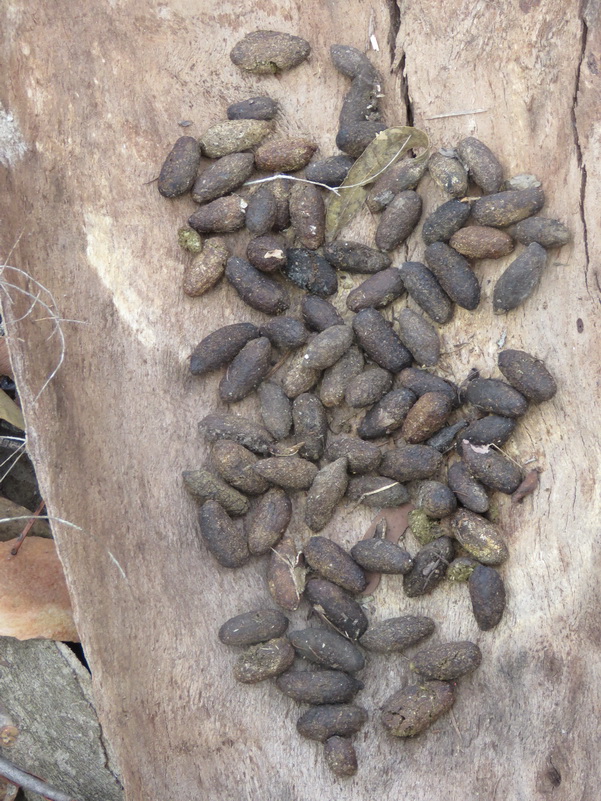 "They engaged the Koala detection dog Oscar in Royal Camp State Forest in 2013 after NEFA revealed the Forestry Corporation were not looking for Koala scats and were logging Koala High Use Areas.

"Oscar found Koalas at a density of one per 3 hectares and the Forestry Corporation claimed in a media release (7 August 2013) that the results would help them develop 'accurate operational plans that exclude Koala High Use areas from harvesting'.

"They have not been able to resume logging in Royal Camp State Forest since because of the large number of Koala High Use Areas revealed by our manual scat searches and Oscar. It is no wonder that they haven't engaged a Koala detection dog since.

"Our delineation of more Koala High Use Areas in Gibberagee State Forest is their real concern and their reason for refusing our offer to undertake a one day trial using a scat detection dog.

"The difference this time is that we are proposing on engaging Reconeco's dog Jet that is specifically trained to locate Koala scats rather than just Koalas, which fulfils the Forestry Corporation's legal obligations.

"They have nothing to lose, except for some of their logging area where we prove the existence of Koala High Use Areas.

"For the future survival of Koalas it is essential that their core habitat is protected in important Koala habitat like Gibberagee before logging resumes" Mr. Pugh said.

Accurate data on presence/absence and spatial distribution for fauna species is key to their conservation. Collecting such data, however, can be time consuming, laborious and costly, in particular for fauna species characterised by low densities, large home ranges, cryptic or elusive behaviour. For such species, including koalas (Phascolarctos cinereus), indicators of species presence can be a useful shortcut: faecal pellets (scats), for instance, are widely used. Scat surveys are not without their difficulties and often contain a high false negative rate. We used experimental and field-based trials to investigate the accuracy and efficiency of the first dog specifically trained for koala scats. The detection dog consistently out-performed human-only teams. Off-leash, the dog detection rate was 100%. The dog was also 19 times more efficient than current scat survey methods and 153% more accurate (the dog found koala scats where the human-only team did not). This clearly demonstrates that the use of detection dogs decreases false negatives and survey time, thus allowing for a significant improvement in the quality and quantity of data collection. Given these unequivocal results, we argue that to improve koala conservation, detection dog surveys for koala scats could in the future replace human-only teams.